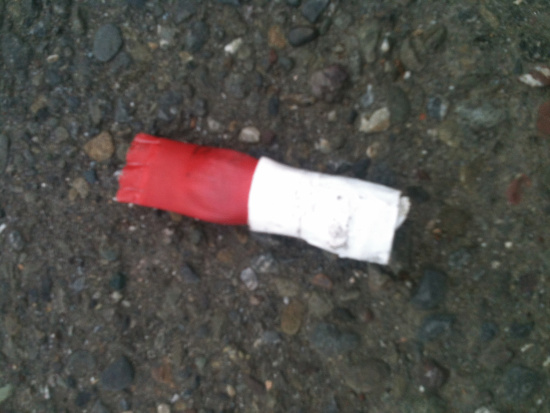 Could the mysterious Booms shaking Eurekans out of their beds so frequently be related to this little package above?  Jon McGowan, a former member of the National Guard trained in munitions and explosives, thinks so.

McGowan says that on September 17th, he heard an explosion at night that shook him in his bed on California Street.  Since then, he says, he’s been reading the LoCO’s stories and puzzling over what could make the sounds.

This morning, as he walked to get coffee, he saw the above package on the ground.  He recognized it as a spent shotgun shell wrapped with tape.  As he continued on his way he puzzled and puzzled. Then he came back, took the photos for the LoCO, and called the EPD.

With the permission of the EPD officer who showed up, McGowan picked up the device and discovered that there was a one inch metal marble inside the tape.  He believes that the shotgun shell is launched with some sort of hand launcher, the shell flies through the air, lands marble side down (it’s heavier,) this explodes the shell, and {{{{BOOM}}}} the shell explodes waking sleeping citizens and annoying the community. 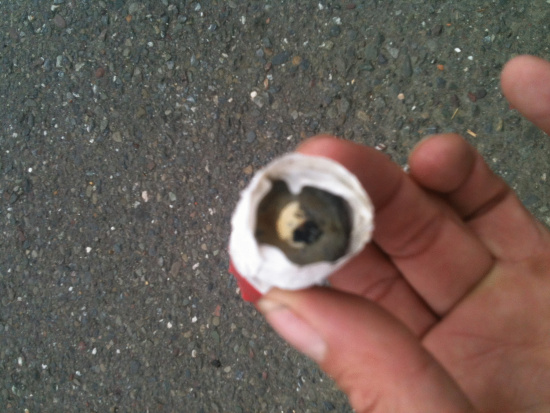