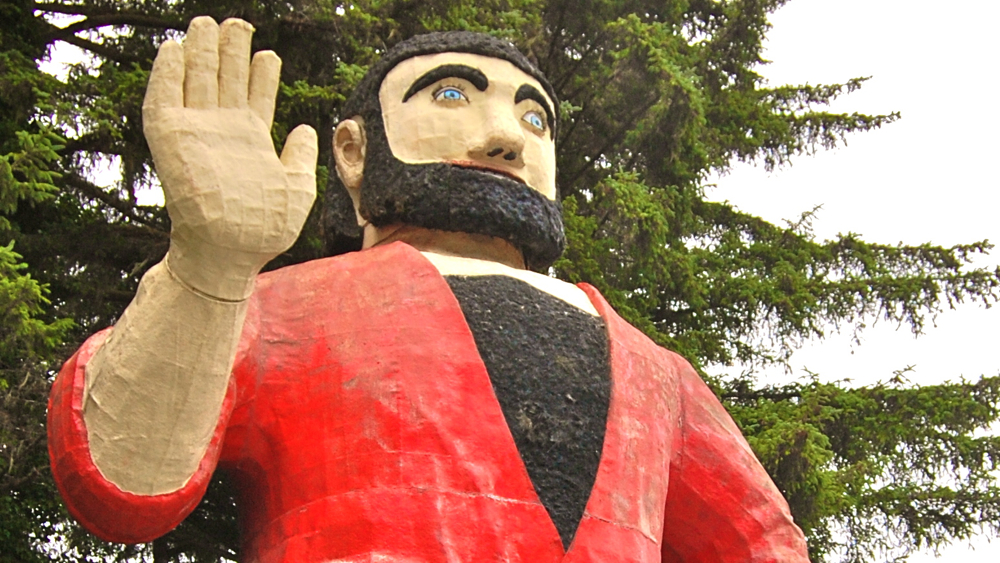 Warning: If you don’t want your fantastic belief that there is a friendly, joke-slinging five story lumberjack living just north of the Humboldt County line shattered, read no further.

Are the children safe? OK. The first section of this week’s episode of This American Life (506: Secret Identity) begins with none other than Ira Glass succumbing to the gravitational pull of Trees of Mystery’s Paul Bunyan and Babe the Blue Ox. After initial resistance from staff to reveal what really makes Paul tick, Glass gets a personal tour of the towering tourist trap’s insides. He describes the area where Paul’s guts should be:

“We’re inside Paul’s torso. It’s lit by a single bare lightbulb on a bare wire that looks like if you touch the wire you would die. You see outside through Paul’s chest hair. The walls are covered in decaying sound proofing tiles and torn insulation. There’s a dingy old sink that guys pee into on their shifts.”

Yes. Pee. Descriptions of the hydraulics that control the statue’s head and waving hand follow. Have your childhood further destroyed by listening here. 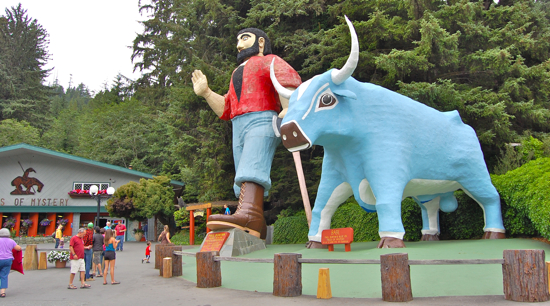