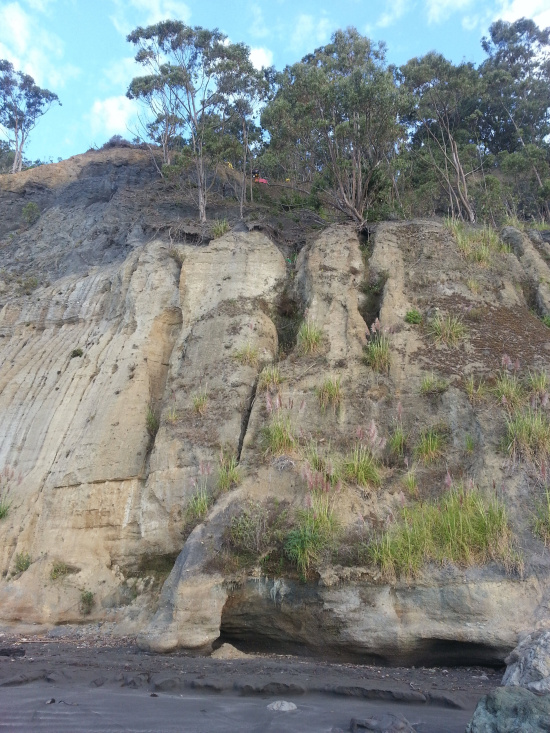 Directly below the rescuers, the hiker in a green shirt awaits help in the middle cleft [Photo by Cheryl Antony]

Early this morning, Shelter Cove Volunteer Fire Department saved a man stuck on a cliff above the beach. The man had walked out Machi Rd. last night to look at the scenery. He accidentally slid down an area where the hillside had collapsed. He began yelling for help.  Someone on the beach heard him.  The SCVFD ascertained that the terrain was too hazardous to navigate at that time.  In addition, the heavily wooded area above as well as the darkness made it impossible to locate the exact whereabouts of the man above.  And, the tide was high so no one could get below the stranded man to determine where he was, either. The night was warm (60 degrees) and the man was in a stable area so the crew decided to wait until first light to attempt the rescue.

The crew went home to rest but Cheryl Antony the Shelter Cove Volunteer Fire Dept. duty officer explained, “None of us could sleep.”  They kept planning in their heads, she said, how they would proceed in the morning.

An inmate crew was brought in to assist and, as the sky lightened and the tide receded, Antony was able to get below the man on the beach and direct the rest of the team on where to set up the descent.  The inmate crew cleared a pathway of tree limbs and brush so that rope could be laid down safely. Then climbing ropes were set up.  Cassidy Etter, another SCVFD volunteer, began descending carrying an extra helmet and harness for the man.  Etter climbed down.  Then he helped the man put on the harness and helmet. Together, they safely ascended the steep cliff. 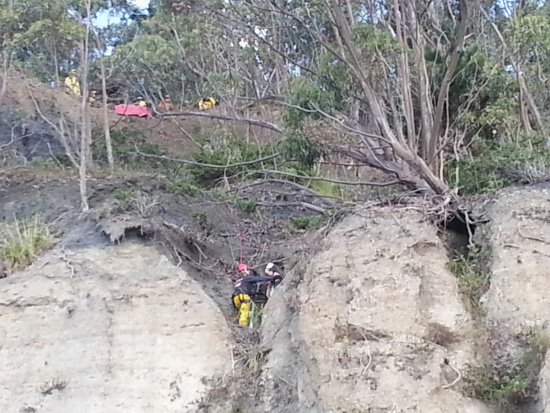