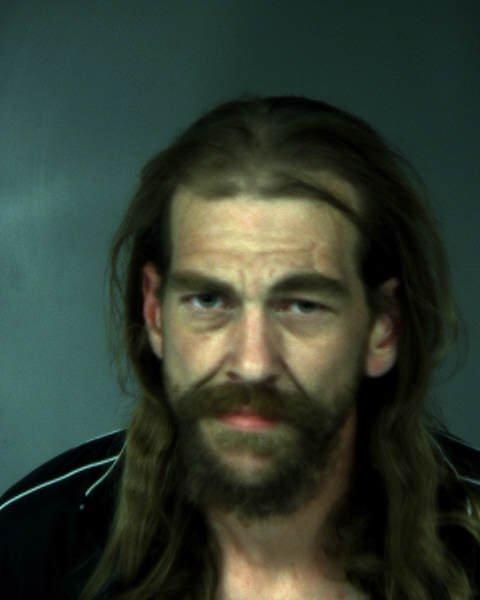 On 09-4-2013, at approximately 10:40 p.m., the Humboldt County Sheriff’s Office received a 911 call regarding a 28 year old male transient being struck in the head with a metal flashlight. The reporting party said the victim was walking on US 101 towards Fortuna from Palmer Boulevard.

Sheriff’s eputies and Fortuna Police responded to the area. Fortuna Police located the victim on US 101. The victim had a large lump on his head, but declined medical attention. Deputies met with the victim and a witness who told the deputies the suspect was Joal Brudvik, a transient. The victim and witness told the investigating deputy they lived in a homeless encampment off Palmer Boulevard. There were some girls in the camp being loud. Brudvik told the girls to shut up and started yelling at the victim to control the girls. Brudvik then picked up a stick which he brandished at the victim. The victim decided to leave the encampment to let Brudvik cool down. After walking away the victim remembered he forgot something, so he returned to the camp to get it. When he did Brudvick struck him in the head with a metal flashlight, striking him so hard he nearly passed out.

Deputies and Fortuna Police entered the encampment and located and arrested Joal Steven Brudvick, 36 years old, a transient, for assault with a deadly weapon. He was transported to the Humboldt County Correctional Facility where his bail was set at $50,000.00.