CR’s Journey Back From the Brink: Part One »

In a procession estimated to stretch over a mile, fire trucks, personal cars, motorcycles, a plane and emergency vehicles streamed north from Laytonville to honor Briceland Fire Chief Tim Olsen at a memorial held today in Fortuna at the River Lodge. Another large group poured south from Crescent City and west from Hoopa. 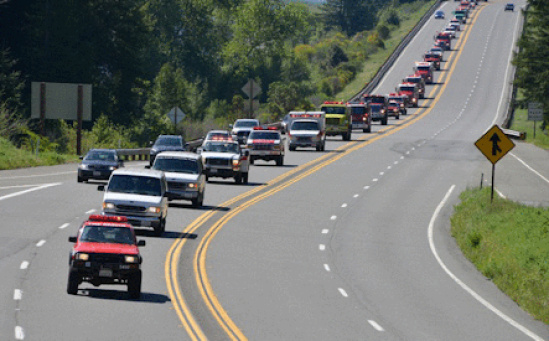 A flood of vehicles rolled north up Hwy 101 just west of Miranda. [Photo by Agnes Patak.] 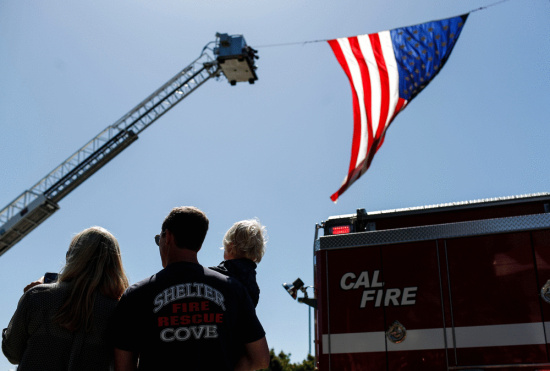 Crowds lined the streets to watch the vehicles roll past a giant American flag suspended between two ladder trucks. [Photo by Nick Adams.] 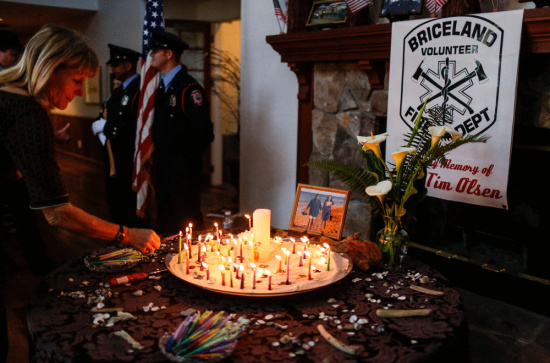 As they entered the River Lodge, guests were invited to light a candle in memory of Chief Olsen. [Photo by Nick Adams.] 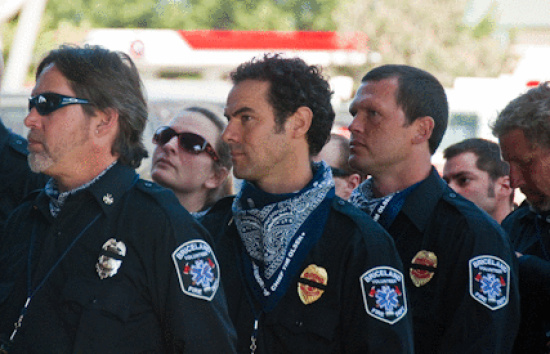 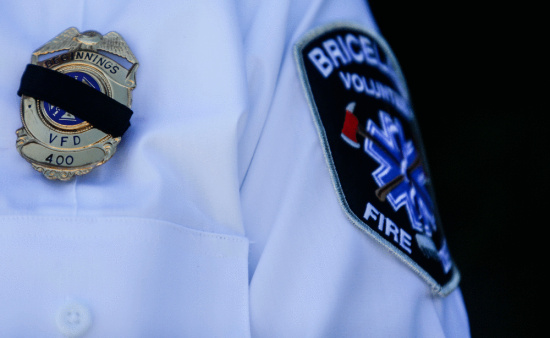 Badges shiny and wrapped in black were worn proudly. Some volunteer firefighters bought their first dress uniforms ever. Normally not much for formality, for Chief Olsen these crew members wanted to wear their best. [Photo by Nick Adams.] 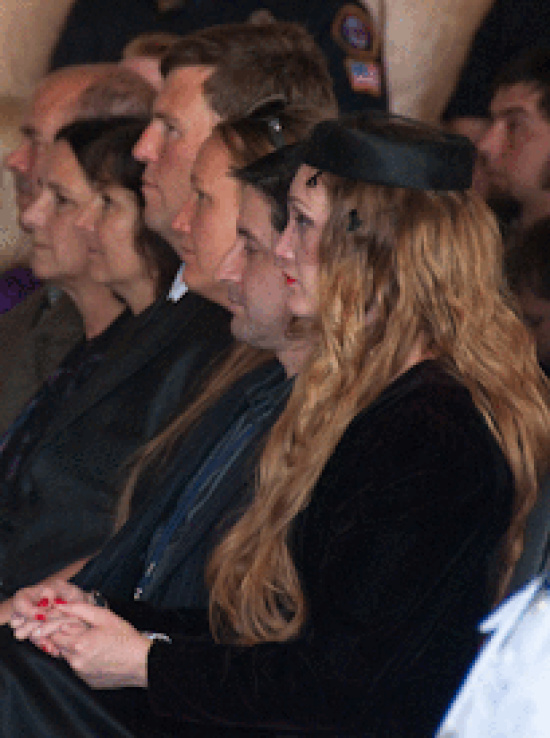 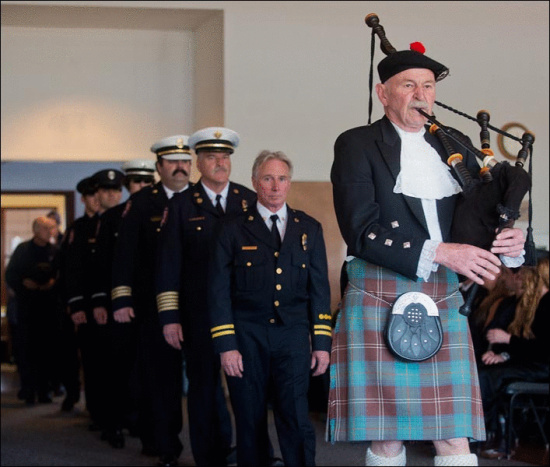 A bagpiper played as fire crews filed into the large hall. [Photo by Kim Sallaway.] 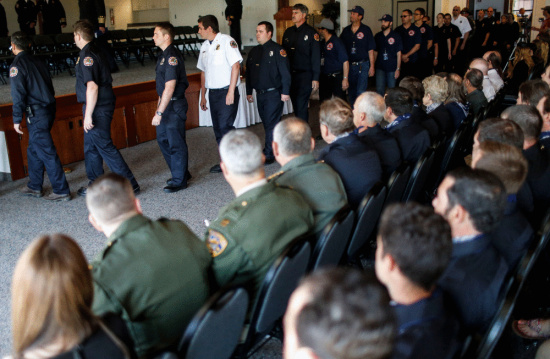 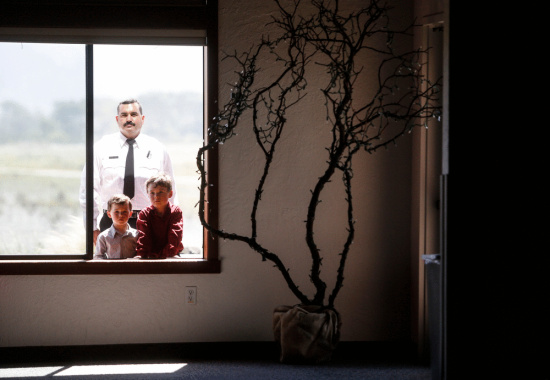 A family watched through an open window of the River Lodge. [Photo by Nick Adams.] 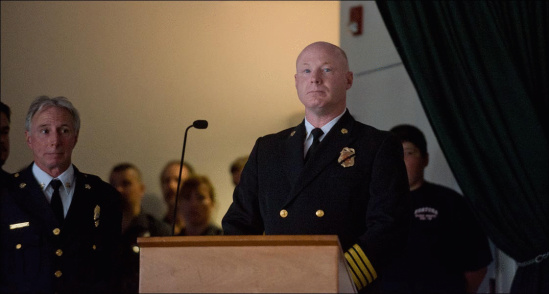 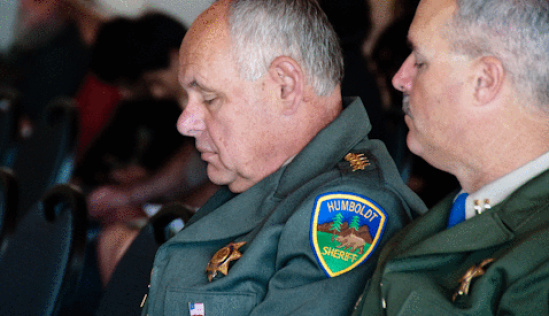 Sheriff Mike Downey grieved the death of a man he called a very good friend. “I grew to love the man very much,” he said from the podium. [Photo by Kym Kemp.] 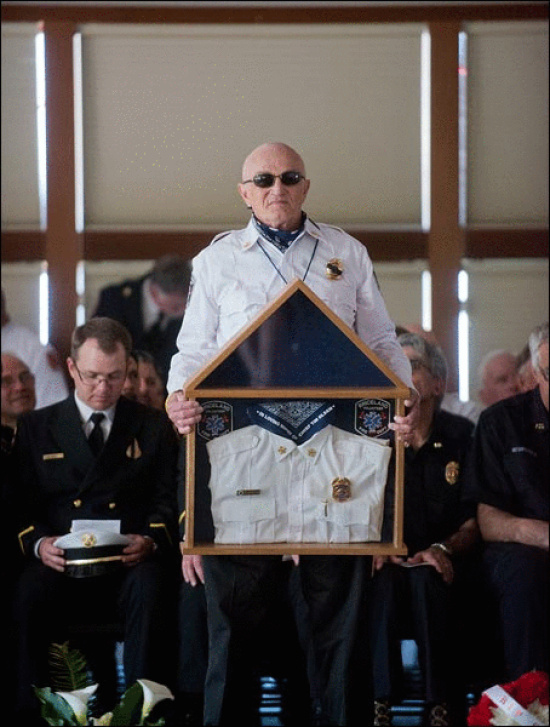 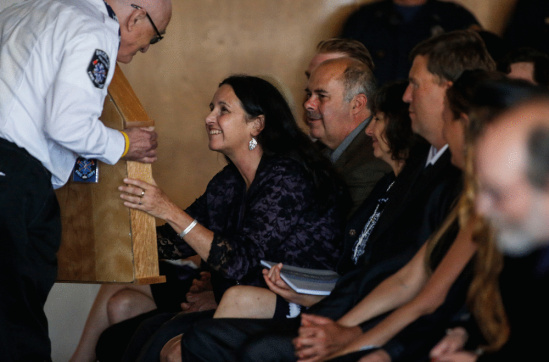 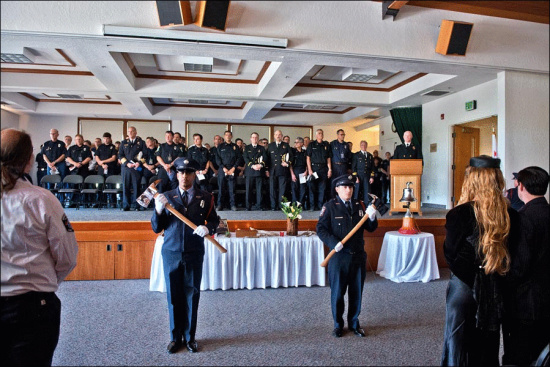 All stand in respect. [Photo by Kim Sallaway.] 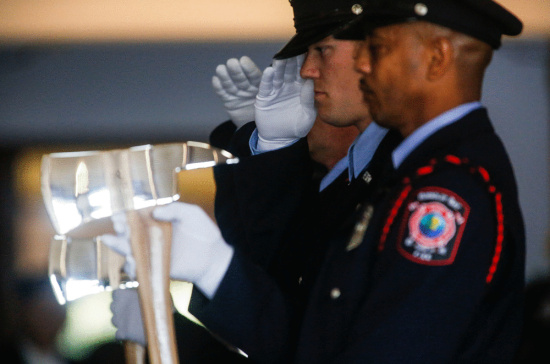 In one final roll call, the Fortuna dispatch spoke Chief Olsen’s number 5400 out over the scanner. Emergency personell all over northern California heard the call. She paused and repeated it as if waiting for him to report in. She then toned three beeps for an emergency and rang the the sounds for his companies. [Photo by Nick Adams.] 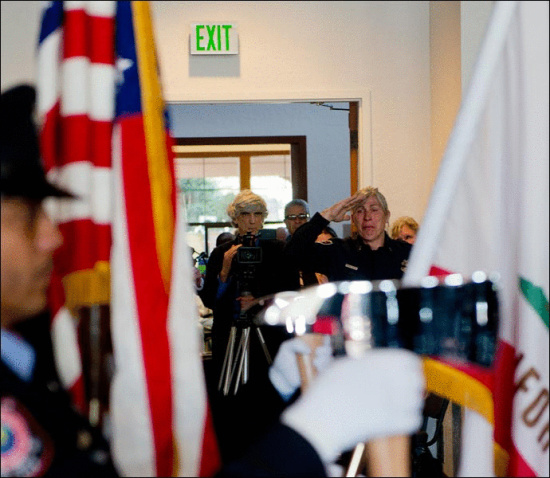 Finally, the dispatch paused then said, Chief 5400 failed to respond. May you rest in peace. In response, retired firefighter and Incident Commander of the memorial service, Diana Totten is moved to tears along with many others. [Photo by Kim Sallaway.] 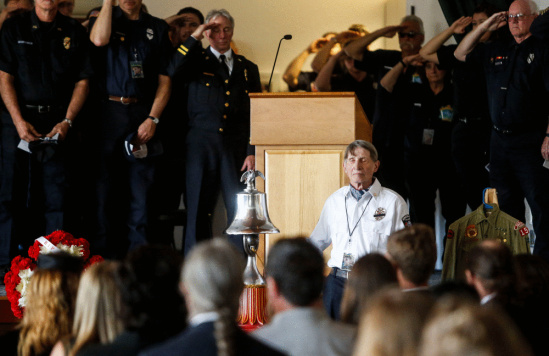 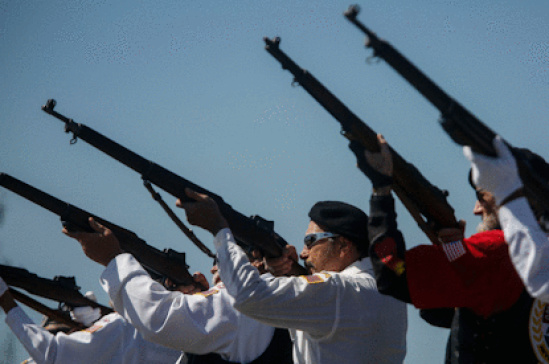 Then, the over 700 people attending moved out of the hall into the sun beneath the red and white stripes of the American flag fluttering overhead. Because Briceland Fire Chief Tim Olsen was a veteran, (he was in the navy during the Vietnam War) he received a twenty-one gun salute. The long haunting notes of Taps rang out from a bugle . 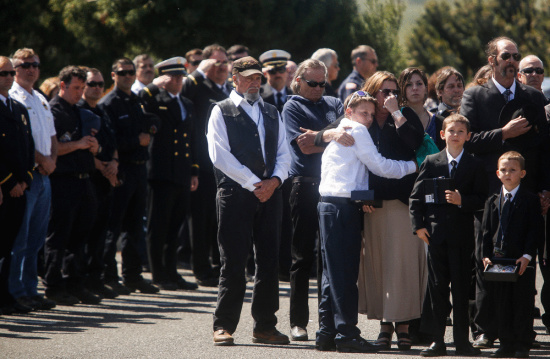 Family members hugged each other during the last moments of the ceremony. [Photo by Nick Adams.] 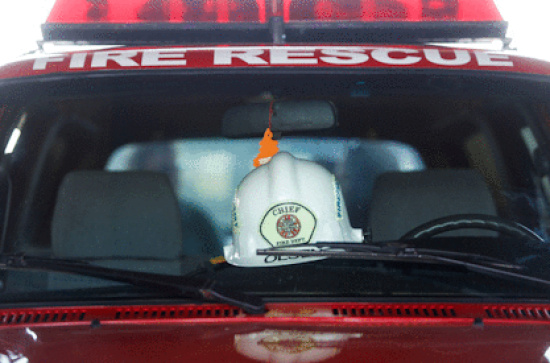 The final roll call is not answered. The chief’s truck sits quietly. His helmet rests on the dashboard. His days of long service are at an end. The firehouse won’t hear his rasping voice. Family and friends file away to homes that he will no longer visit.

The last bell has tolled for Chief Tim Olsen. May his spirit live long in this community and may we make him proud.