Lost Coast Outpost readers (as well as special correspondent Nick Adams) are informing us that F Street (between Eighth and Ninth) in Eureka is currently closed, after a single-vehicle accident that ended with a car on its roof.

Firefighters have extricated a person from the vehicle.

EPD & HBFD at a rollover traffic collision on the 800 blk of F St. 11:17am. Inattentive driver at fault. #safetweets pic.twitter.com/GEfMK6VG10

Lost Coast Outpost contributors Nick Adams and Mark McKenna were both at the scene, and both sent photos, and did Outpost reader/Frederick & Charles student Bridget McManus. : 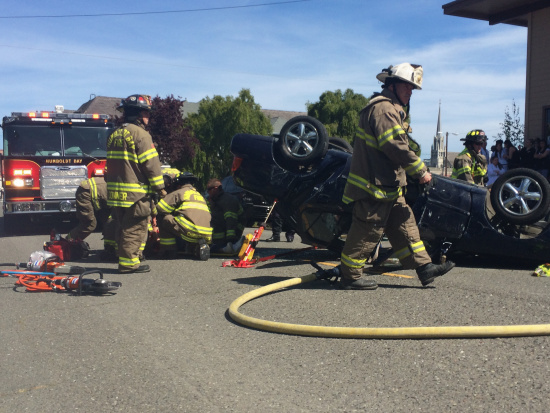 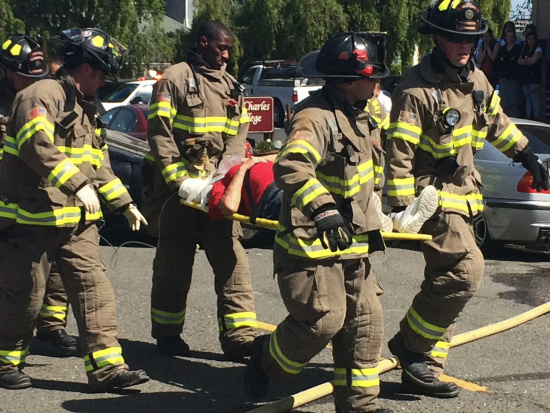 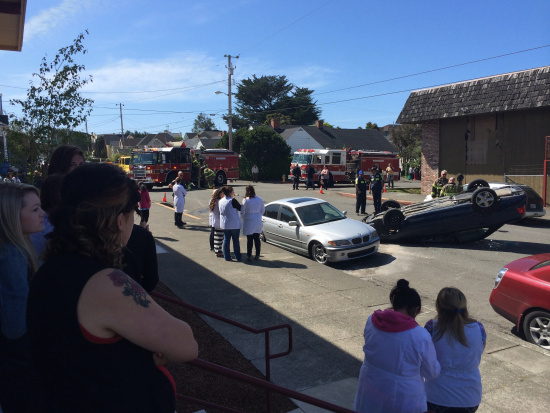 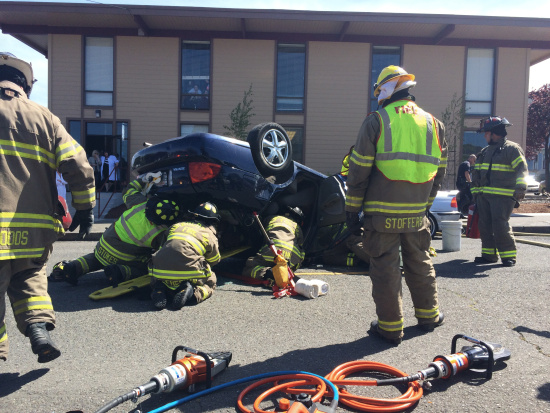 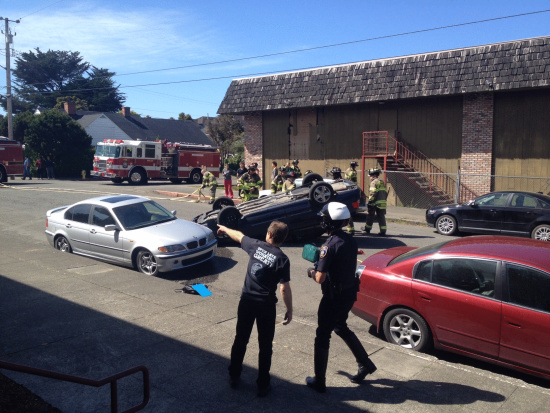 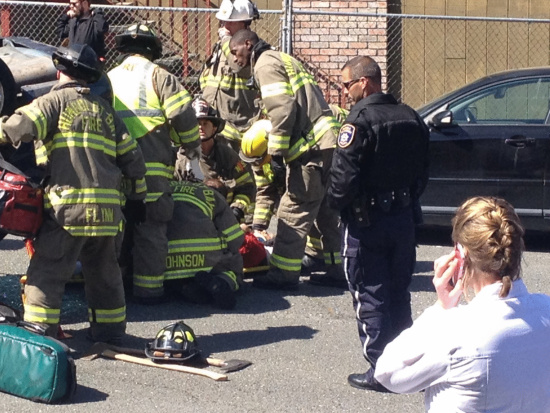 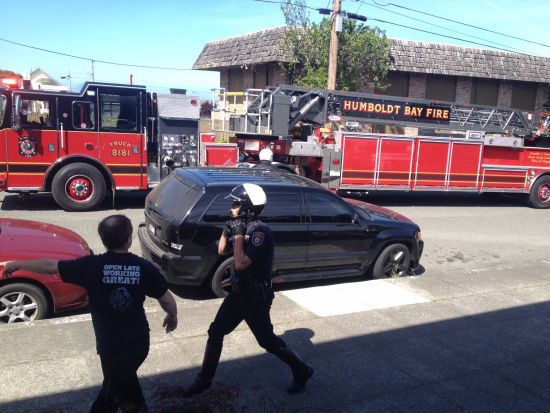