« VIDEO: Pedestrian Struck by Volvo on Broadway in Eureka

The Eaglet Is Here!

Yesterday, we told you that one of the Humboldt Bay Eagles’ eggs was hatching.

This morning, an awkward (yet, still adorable) little bundle of wet feathers tumbled out of the shell. 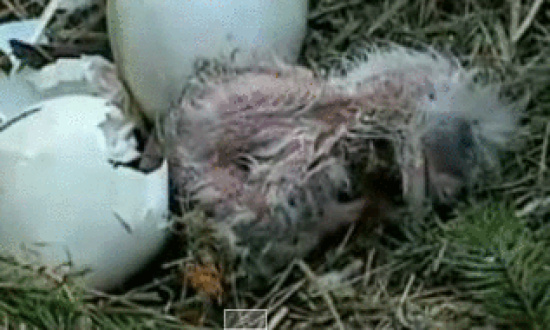 Thanks to the Facebook page, you can watch and listen to the event yourself.

When the details on the naming contest emerge, we’ll let you know the rules.

For now, enjoy watching the female eagle greet the tiny new being as it emerges from its shell.

Or, you can watch for the next hatch and join in the conversation here.