« McKinleyville Dad Pulled Over With Daughter on Roof of Car 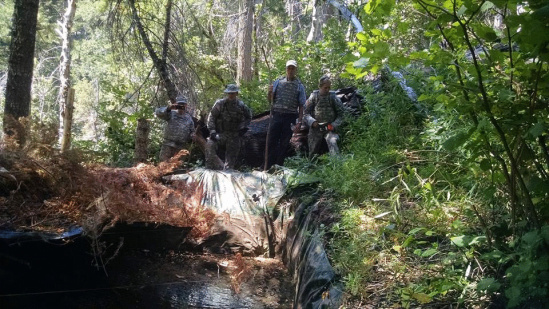 LoCO’s going to step out on a limb and assume that not a lot of congressmen are provided front row seats to trespass marijuana grow operation busts in their districts. But since his contains the Emerald Triangle, that’s exactly where congressman Jared Huffman was yesterday when law enforcement took him to the site of a raid that took place in a remote part of Trinity County.

Huffman wrote about the experience on his official Facebook page and posted some pictures too:

Here are some of the photos, showing the environmental damage from this relatively “small” (about 2,000 plants) trespass grow. Two springs were tapped and completely diverted — dewatering small creeks — for an elaborate irrigation system. Lots of fertilizer and rodenticide spread all over the place. Many trees were felled, lots of soil disturbance, and the “camp” was essentially a garbage dump that looked like well over a dozen people had lived there at one point, though only three were seen running away when the bust went down early yesterday. 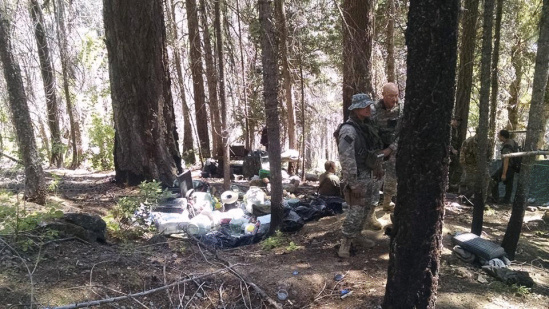 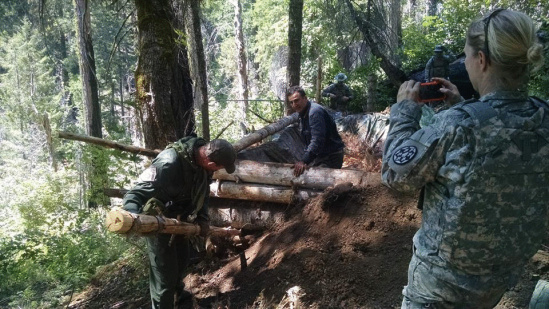 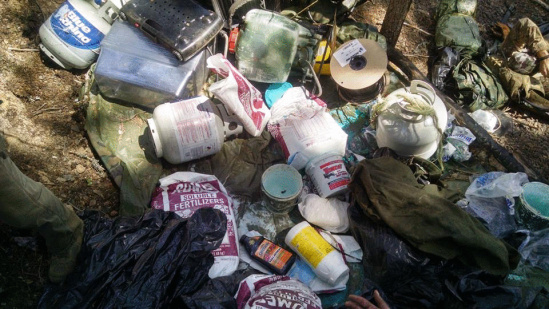 I arrived a couple hours after the initial raid, as evidence was being gathered and an environmental assessment was getting underway. There were several arrests and cell phones and other incriminating evidence was found, so there will be more. It was a long day, including a Blackhawk ride from Moffett field to Trinity, a 2-mile “hike” down rugged, steep terrain without any trail, and a ride out of the grow site in a “screamer suit” — where a helicopter lifts you up and out of the forest on a long tether clipped to a harness and then tows you to a drop site! 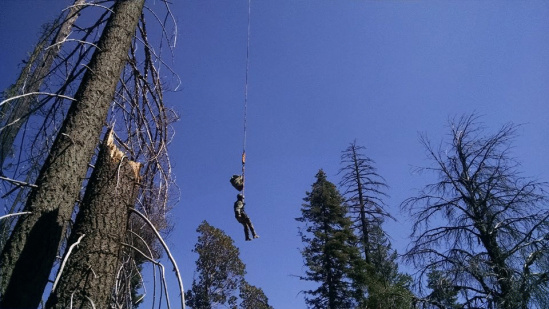 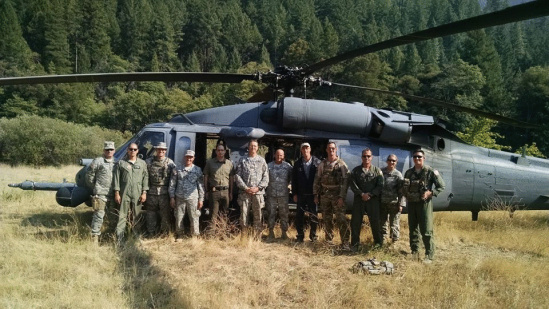 My thanks to the CA National Guard, federal, state, and local agencies, and scientists from UC Davis and Hoopa Tribe, who all played critical roles in this joint operation. While shutting down this grow site was important, there are no funds to fully clean up and remediate it and dozens of others like it, meaning that our wilderness areas continue to be fouled by this widespread scourge on our public lands. 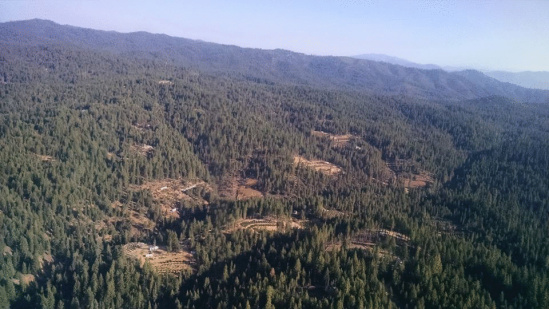 Huffman also added the photos, above and below, taken from the helicopter on his way to the site. His bird’s eye view inspired the following observation:

En route to the bust on federal wilderness land, we flew over a prime example of the other problem with our incoherent marijuana policy. These are not trespass grows; this is a subdivision. It’s the “Trinity Pines” neighborhood where every “house” is a pot farm pretending to be in compliance with Prop. 215 — a thin veneer for cartel drug trafficking. Note all the cut trees and exposed ground. Likely includes illegal water diversions and poorly managed fertilizer/pesticide use. 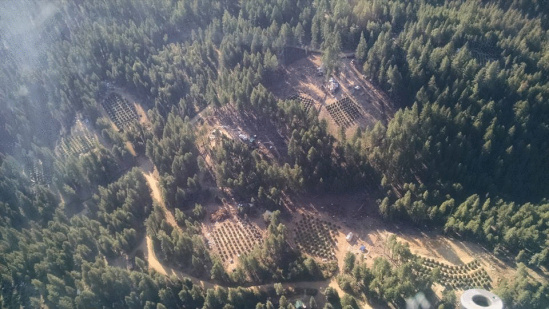