ROTR is hot, hot, hot! Hot people, hot music, hot weather. Shit, I heard it was 108 degrees on Friday. Still, people are out there working security, fire detail and hot food booths; performers are up on stage, performing, dancing — working hard for Jah money. And the concert attendees, hot damn!

So far, I’ve heard of three fire crises averted: a car fire, a fire in front of a porta potty and a fire in front of the KMUD Iced Coffee booth. And it’s no wonder — there’s a lot of smoking going on — ganga and cigs. Thankfully, the fire crews are on top of their game.

The sun is blazing, the air is hazy and the music is great. It’s a friendly atmosphere, lots of colorful outfits — ladies with midriffs for days, dudes sporting bandanas and sideways hats. ROTR is a scene, for sure, and the sweet, earthy, dank smell of the ganga is everywhere. People are obsessed with weed…

Last night, I met a few of the guys from Abya Yala, the 12-piece band from Santiago, Chile. It’s the band’s first appearance in North America, their first time in California, Humboldt County. These guys are blown away by how free the weed is in these parts.

I spoke with Nico, Mr. F and Kai right after they did their first dabs, ever. This is what Nico says about the Humboldt weed: “It’s like 10 times better. Organically grown and sun grown weed is the best in the world. Especially here. We’ve never tried weed as great as this. We love the flowers of Humboldt.”

These guys were telling me that in Chile, the weed is completely illegal, people can’t smoke it anywhere. They don’t use hash, people have no knowledge of hash making. No dabs?! They just smoke bud — “sinsemilla.”

Nico says the band loves to smoke weed after their shows as a reward for their performance. Kai says, “Marijuana saved our lives.” Someone take these fellows to a proper weed farm so they can see what’s up. “We need to learn from these growers,” Nico says. “And we need some seeds!”

More from Kai: “Greetings to all the people of California. You are being an example of happiness, organization, organic food for the whole world, so thank you and we hope to come again soon.”

“God bless you all. We are really grateful,” Nico adds. Hella nice guys.

Tonight at ROTR, my personal fave, Israel Vibration, performs at 6:35 p.m. Alpha Blondy & the Solar System is on at 8:30 p.m. See you out there.

Here’s what Skelly from Izzy Vibes says about the ganga: “It is absolutely clear that Ganga herb is the healing of the nation and it will be here for nuff generations.”

P.S. Did you see the NY Times editorial series on legalization yet? High time indeed. 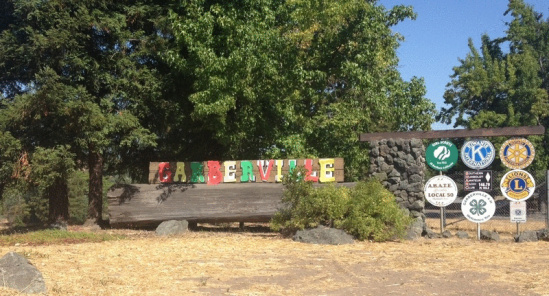 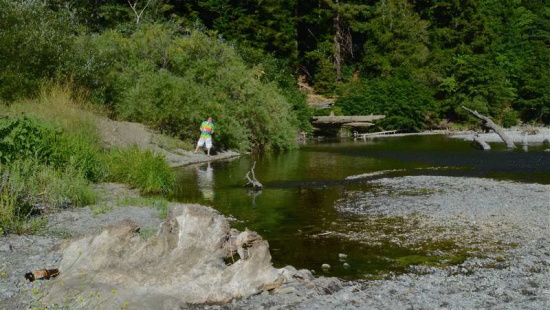 3. John Trudell chillin’ in the shade. 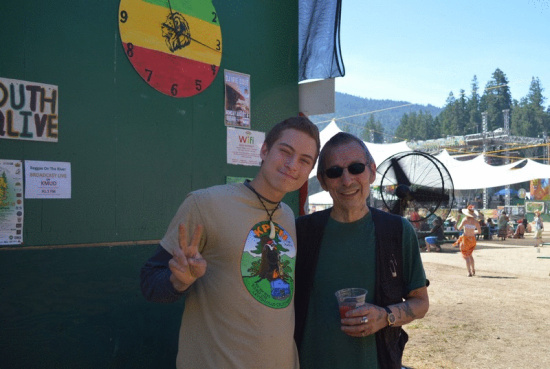 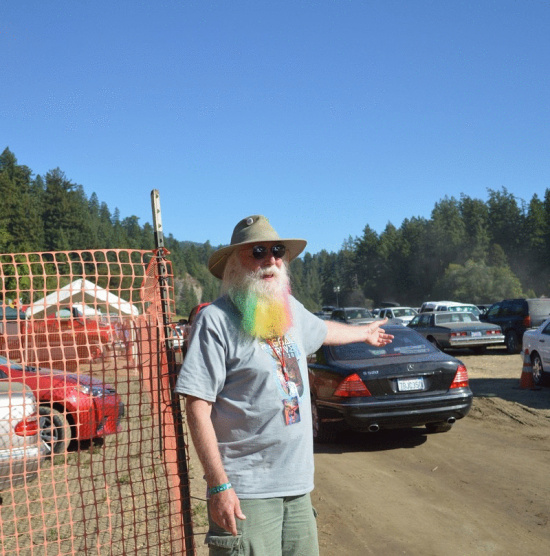 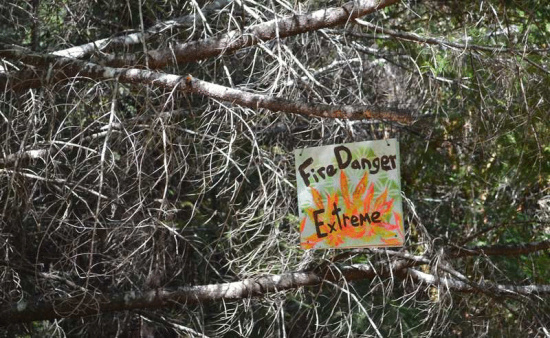 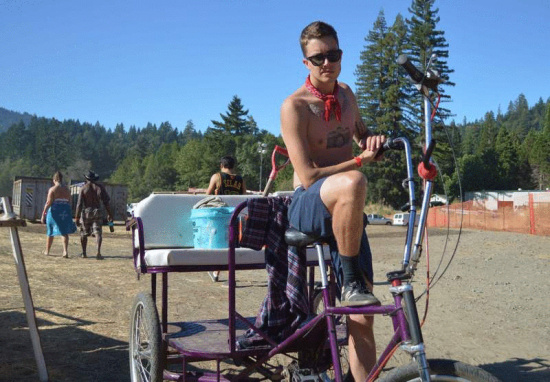 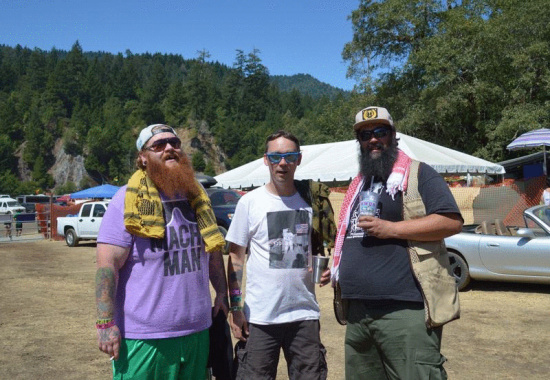 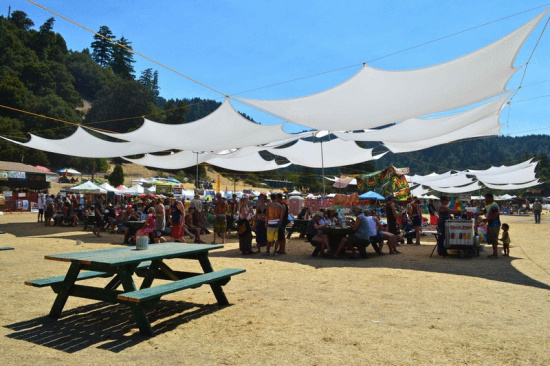 9. It’s blazing hot in front of that stage. 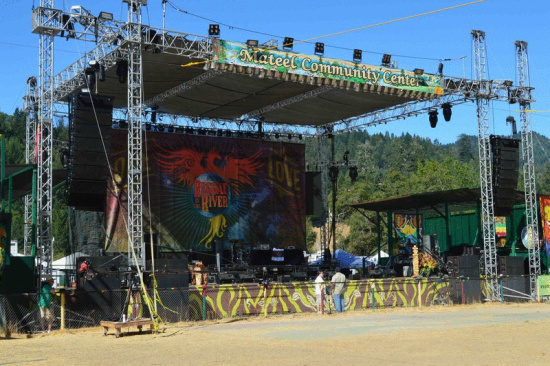 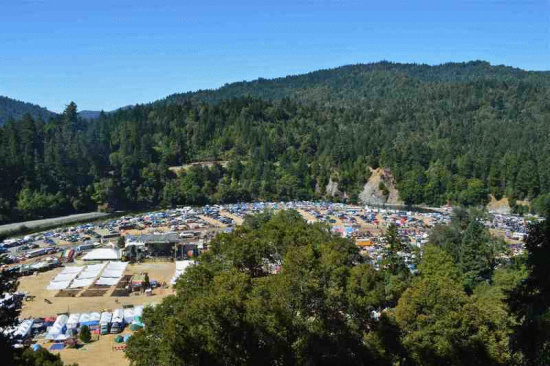 11. Law enforcement is in SoHum. 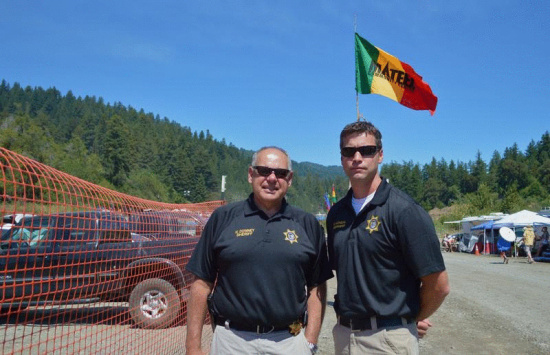 12. Justin that lives at Heartwood, holding it down backstage. 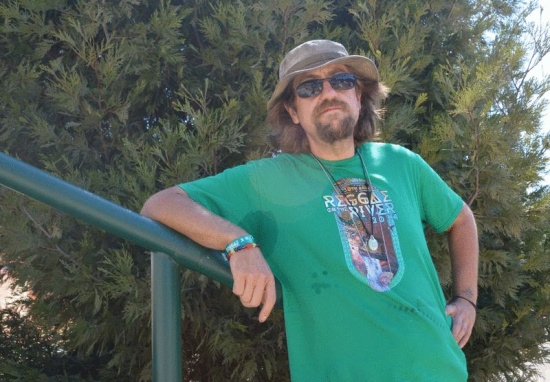 13. I found the Bobarazzi. He looks so serious. 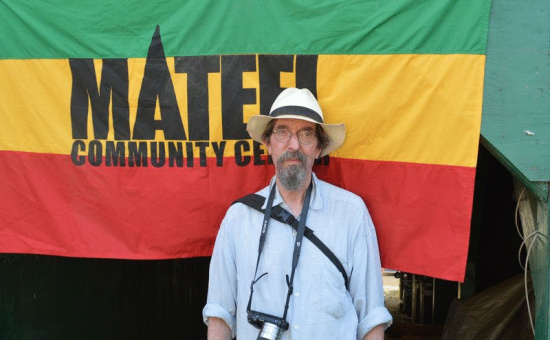 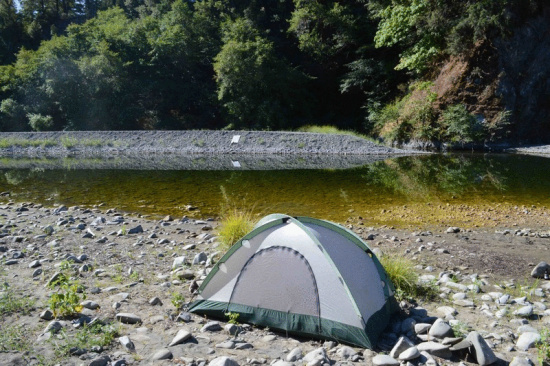 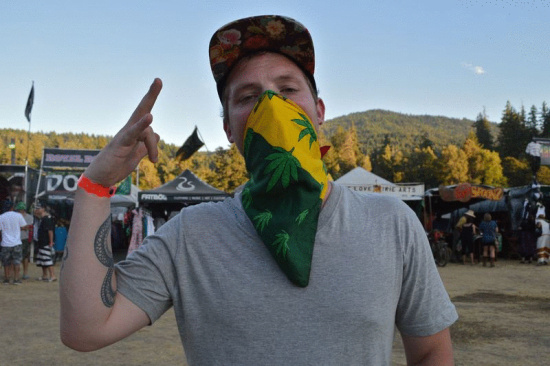 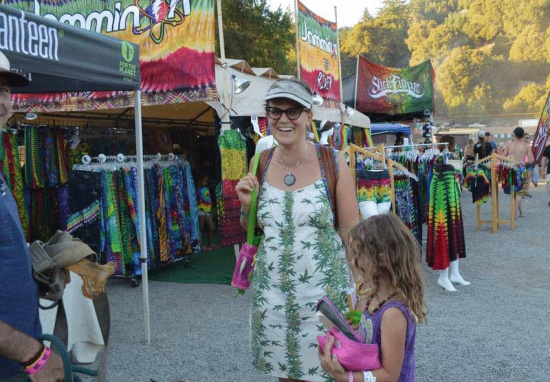 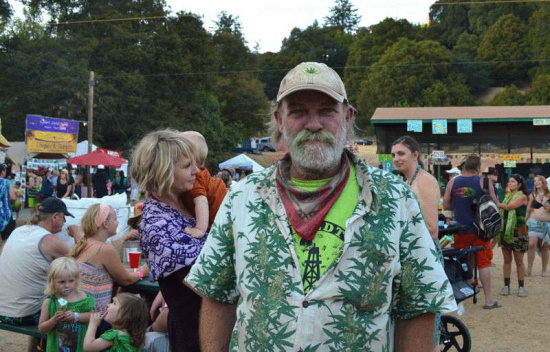 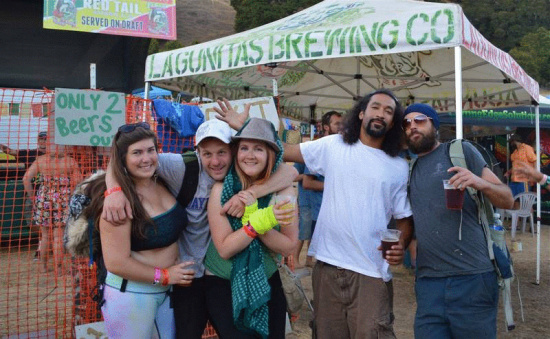 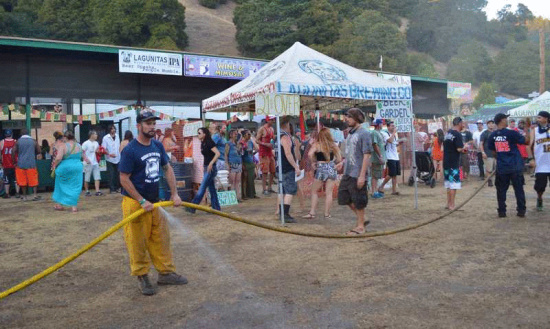 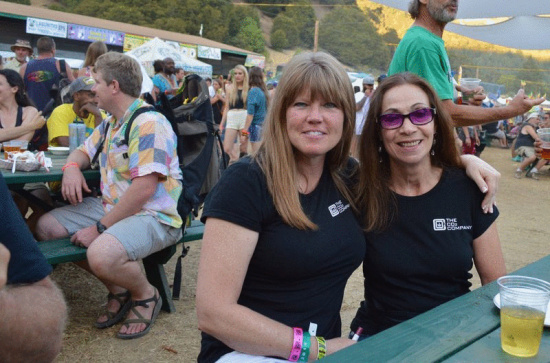 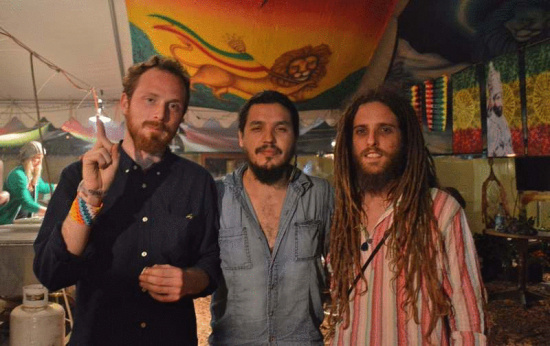 22. Best to not make eye contact with the psychedelic reggae lion. 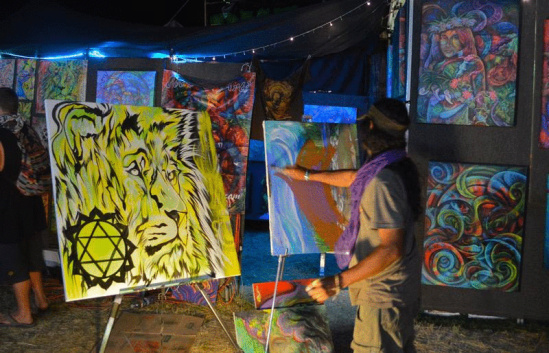 23. It looks like this guy is doing some sort of weed deal with the big creepy puppets. 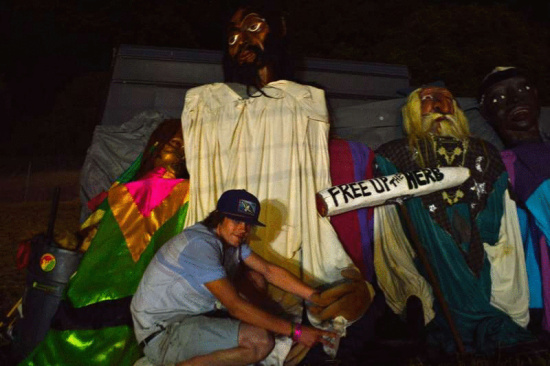 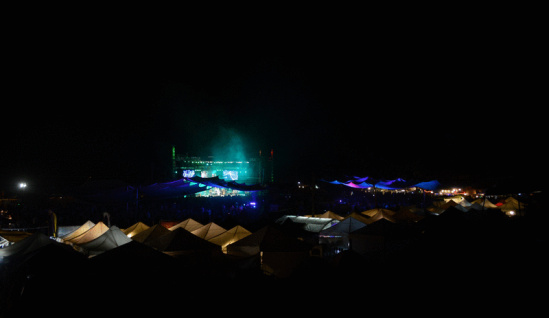