As the fire was located by Air Attack who reported to the ECC and responding units, that the size of the fire was approximately two acres burning through grass and brush toward timber. All responding units remain at scene and have contained the fire at seven acres. Personnel are currently mopping up in heavy timber and slash to extinguish all remaining embers and are expected to remain at scene through the night.

Fire Departments from throughout the Humboldt, Del Norte, Santa Clara Counties and privately owned bulldozers have been assisting CAL FIRE in a draw-down level by covering stations left vacant by resources sent to fires in other parts of the State. 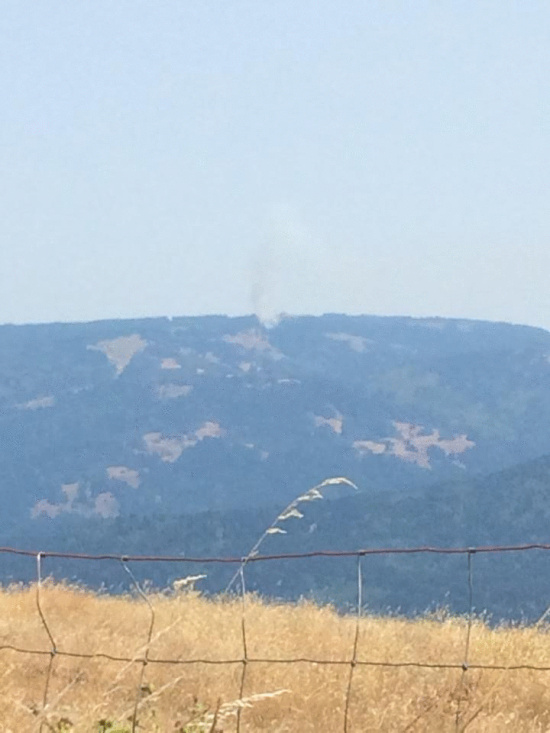 Smoke rising from what readers are calling the north side of Snow Camp [Photo sent in by Amy Miller.]

Scanner traffic and readers are reporting a fire on the north side of Snow Camp Mountain east of Kneeland. Those working on the situation are calling it the Snow Incident and describe the fire as burning in grass and light brush. Reportedly the fire is “contained by roads” on multiple sides but fire lines are also needed.