UPDATE, 10:50 a.m.: Nearby residents spoke with LoCO about this morning’s incident. Neighbor Alan Sanborn said he heard seven “pops.” The visibly shaken women who lives in the apartment that was shot said she was “pissed off.” -AG

UPDATE, 10:40 a.m.: Burns spoke with Sgt. Robert Martinez of the Arcata Police Department at the scene. Martinez says that investigators have recovered seven shell casings from an automatic weapon, possibly a 9 mm handgun. One bullet traveled from the corner of 15th and H, where the shooter was standing, across the street and into an apartment, where it landed in a sofa. One of the apartment’s residents tells the Outpost that no one was home at the time.

Witnesses say that the shooter was aiming at a car, which fled the scene westbound. Officers believe that the car was hit several times. The victims have not been located. 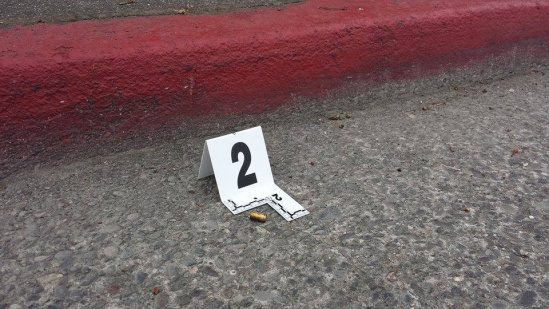 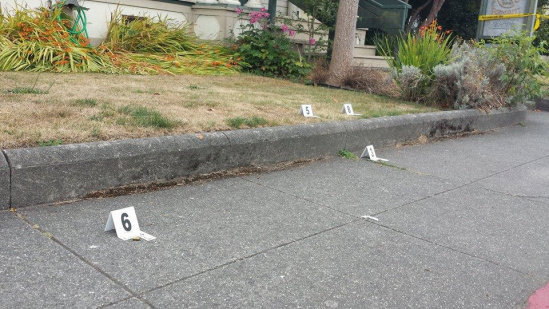 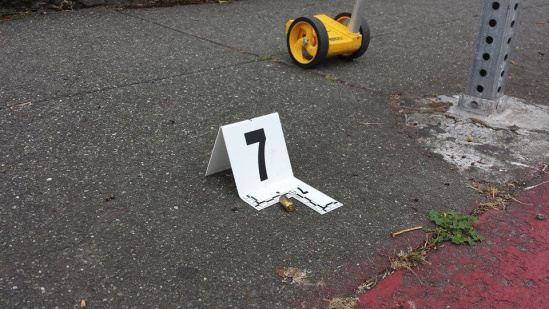 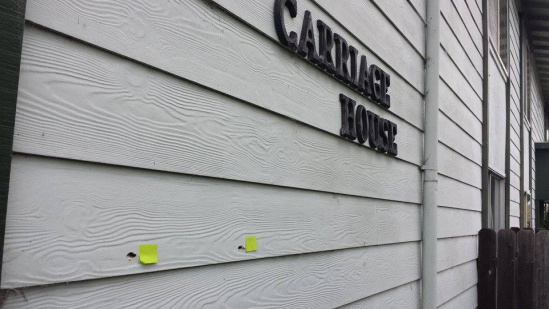 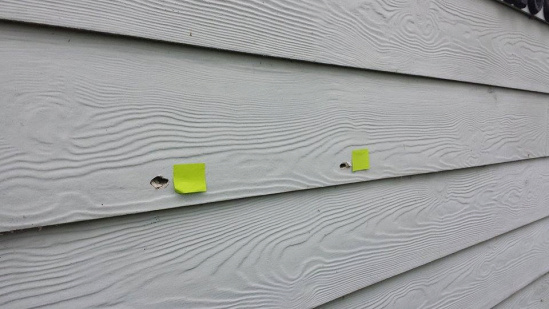 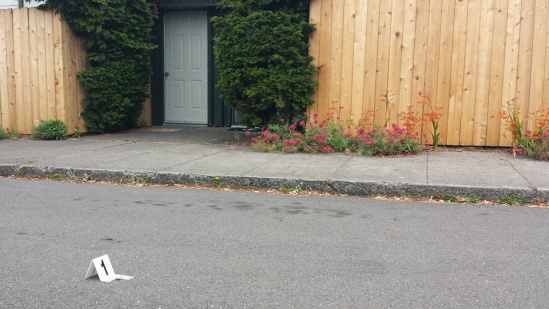 UPDATE, 10:23 a.m.: A LoCO contact at HSU said that staff was emailed the following from administration:

All, we’ve just been informed that there was a shooting near (not on) campus and the suspect still at large. Campus officials are letting each department decide whether to close/lock down their areas. Currently, the HSU campus is not officially closed, but I will let you know if that decision changes. For additional information, please call UPD x5555.

UPDATE, 10:12 a.m.: The following bit of scanner audio came across at 9:55 a.m and provides a nice summation of where we’re at. In it, descriptions are given of the suspect, his vehicle, his last known movements and the crime he is thought to have committed. -AG

UPDATE, 10 a.m.: The suspect is described as a black male in his 20s, wearing a black hoodie, last seen heading over the pedestrian foot bridge. 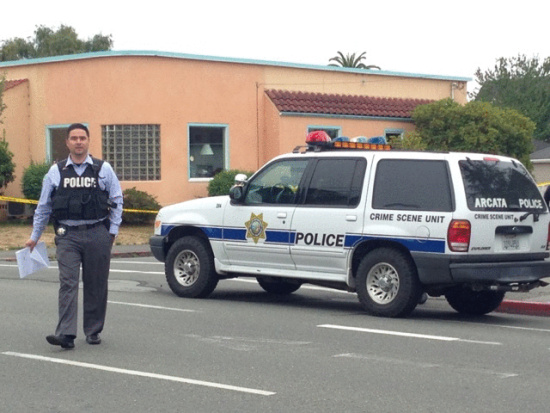 The Arcata Police Department is investigating a shooting that took place this morning near the intersection of 15th and H streets.

Lost Coast Communications’s Sabrina Ivon, who was near the scene, reports that four shots were fired near that intersection about an hour ago. Police are looking for a suspect and a possible victim right now. Much of H Street is closed. 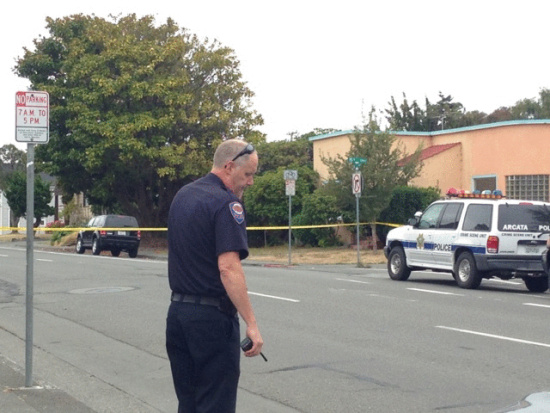