The Emerald Cup is a cannabis flowers/solvent-less hash/edibles/topicals competition that culminates in a weekend-long main event at the Sonoma County Fairgrounds in Santa Rosa. The main event features an awards ceremony, a vendor fair, musical performances, educational panels and workshops and a 215 medication zone. It’s a cannabis media frenzy, a crazy big party and the ultimate canna-biz networking opportunity.

Yesterday (Saturday) was day one of the main event, and that shit straight up sold out. Today is the second and final day of the main event. The winners of the various Emerald Cup contests will be announced this afternoon at about 4 p.m. There are 653 flower entries, 86 concentrate (hash) entries, 92 edibles and 67 topicals. (You can probably catch the ceremony on the KMUD Radio live audio stream and you can check out all the Emerald Cup entries at this CannCast webpage.)

The fairgrounds were swarming yesterday. The various medical marijuana providers in the 215 medication zone dealt with persistent crowds, people eager to sample the myriad cannabis products. Expert panels ran continuously on two stages. Bands played on an outdoor stage and the VIP tent had complimentary espresso. There were food booths and endless variations on cannabis people, medications and merchandise.

It’s almost as if the streets of Santa Rosa were paved with hash yesterday, as if the local flora was exclusively cannabis, the skies were white with marijuana smoke and the moon rose as a cheesy dab slab. But that’s taking things a little far. Sonoma County isn’t that cannabis friendly, yet. Still, it was a monumental weed day, at least at the fairgrounds.

Emerald Triangle people were out in force, of course. I found Royal Kush Romulan Cheezle by Quintessential at the Baked in Humboldt booth and some Lost Coast OG Shatter at the dab bar in the VIP lounge. The award-winning Southern Humboldt Concentrates was representing too, offering high quality medicine to qualified patients.

And there was so much more, many more people and things happening. So the following images are a mere glimpse of the action at day one of the 2014 Emerald Cup. Agnes Patak from KMUD Radio in SoHum hooked up most of these photos. I threw in the last few. 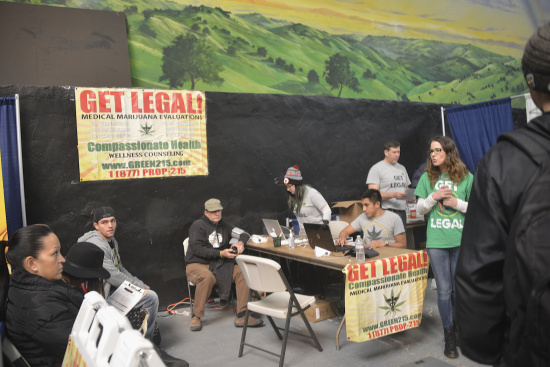 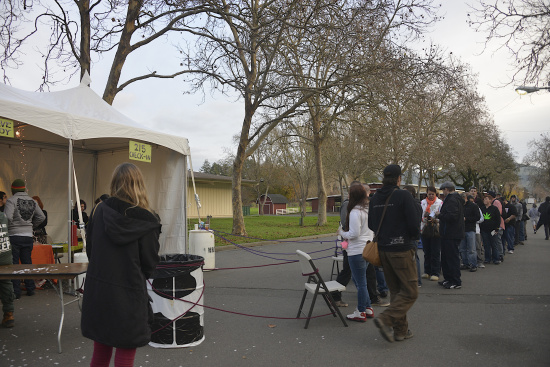 People wait in line for wristbands so they can legally participate (smoke herb) in the 215 area. This is like getting a 21+ wristband at an event. 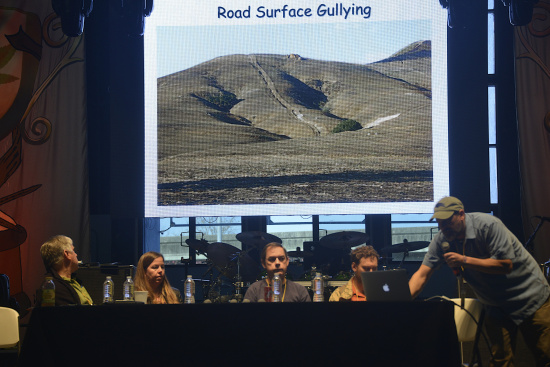 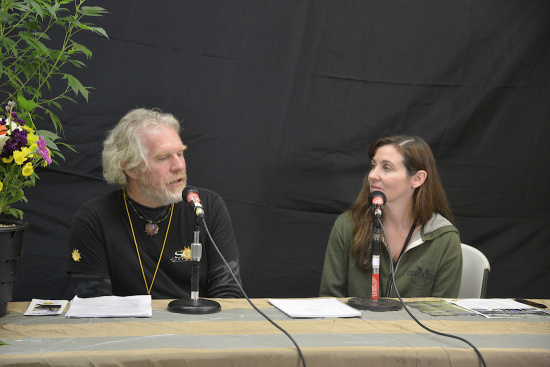 Kerry Reynolds (right) from KMUD gets the scoop. 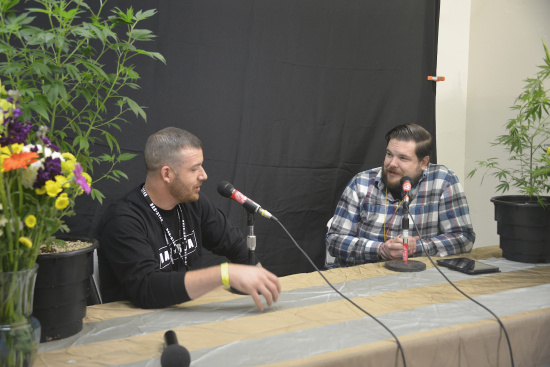 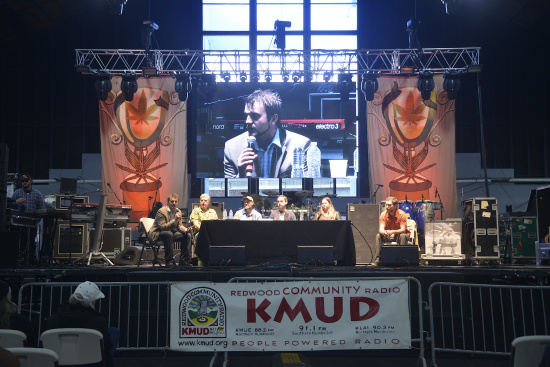 Executive Director of the Emerald Growers Association Hezekiah Allen on the big screen during a panel discussion. 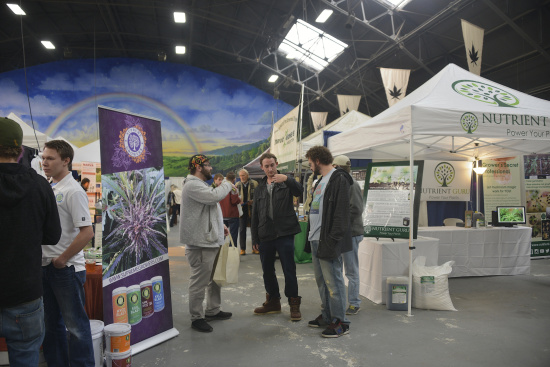 A rainbow adorns the wall inside the Hall of Flowers, main vendor area. 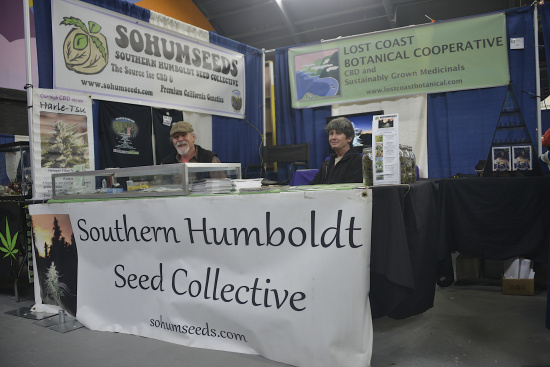 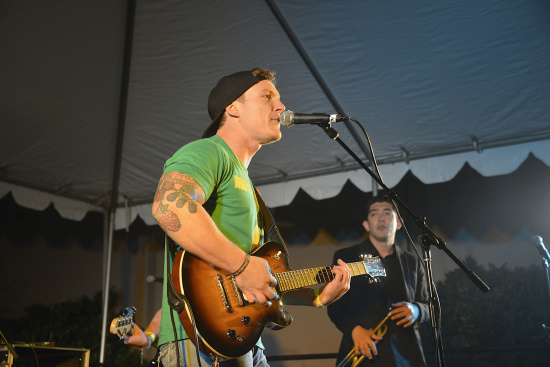 No shortage of male performers at the Emerald Cup this year. 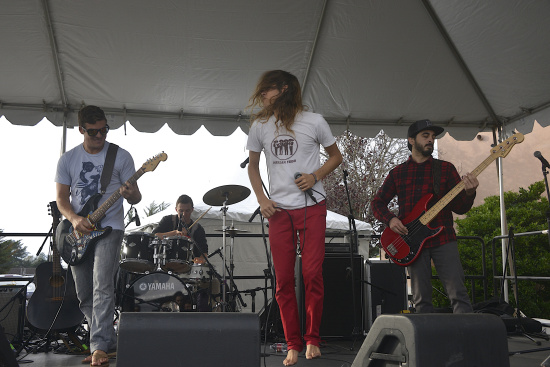 The Wheeland Brothers on the outdoors stage. 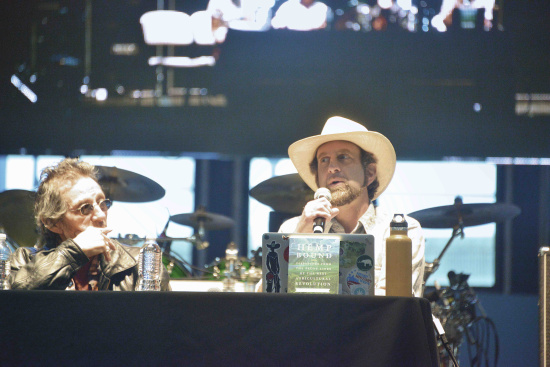 Musician/activist John Trudell and author Doug Fine during one of many panel discussions. 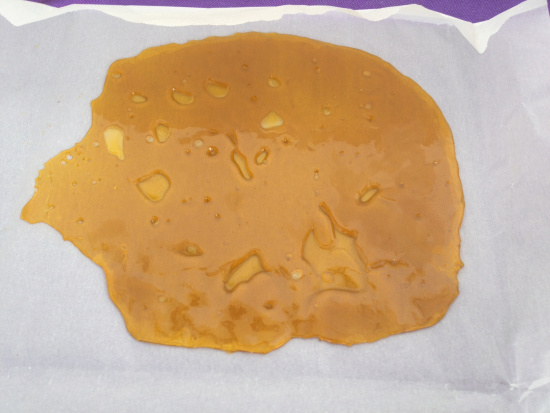 Slab of the dabs by Southern Humboldt Concentrates. 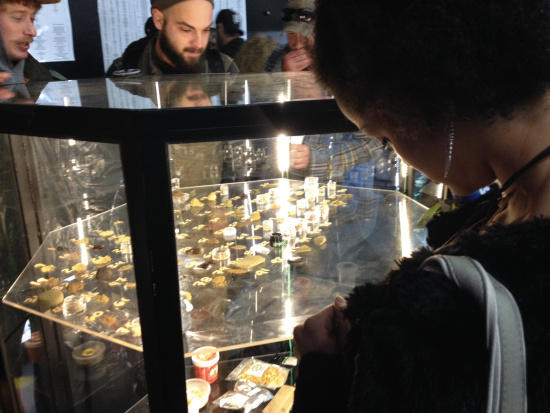 Samples of Emerald Cup hash entries on display for all to see. 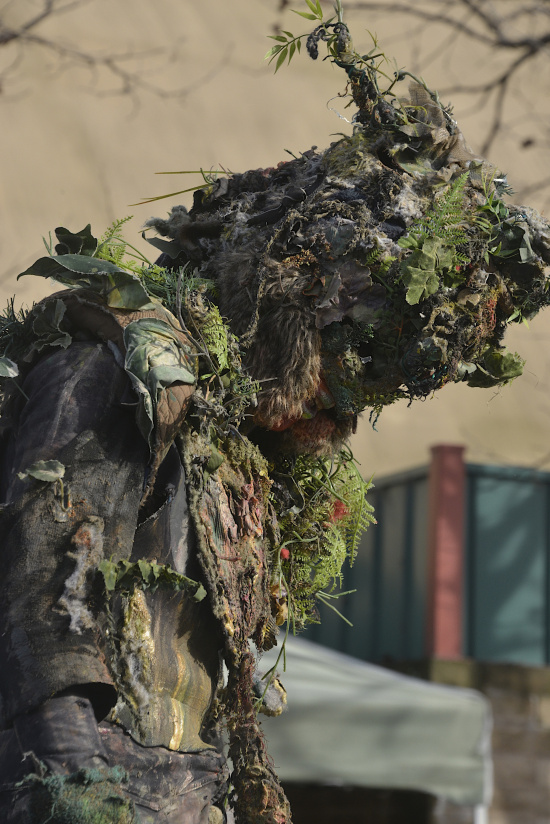 There was an Ent in the crowd yesterday; LOTR is such a stoner thing. 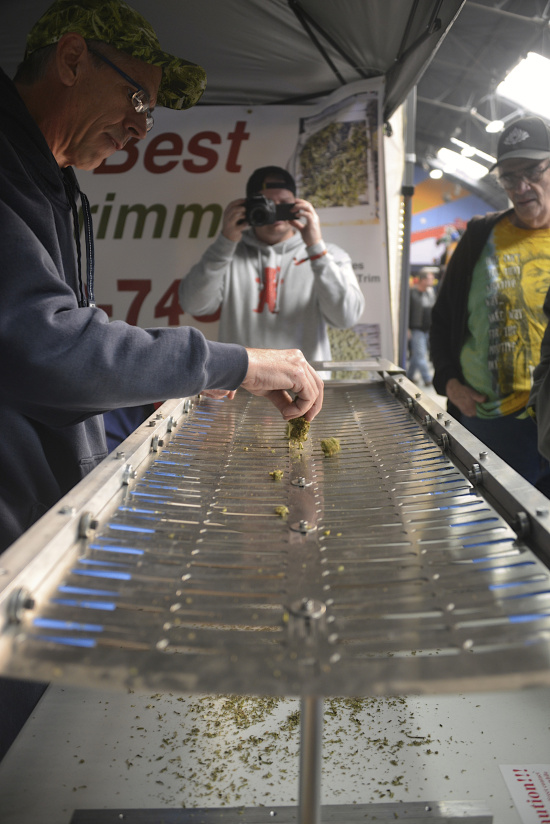 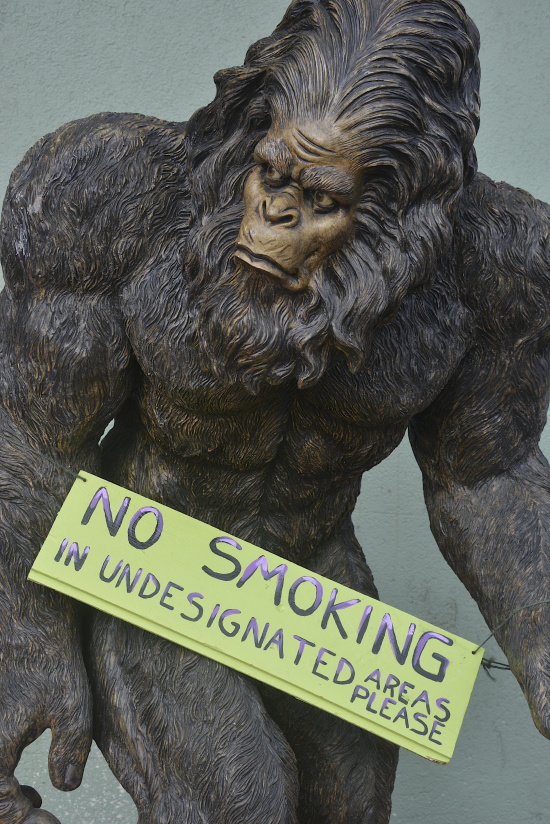