Know This Woman? At 4 P.M., She Allegedly Walked Into a Store and Took a Bike Right From Under Everyone’s Noses »

From the 2013 Crop and Livestock report:

The estimated gross value of the County’s agricultural commodities is $269,310,000, which is an increase of approximately 6% over 2012’s production values. The most notable increases were in the value ofagriculture and livestock products.

The County’s leading commodities are ranked by value below:

Timber production was up over the previous year, as were aquaculture and flower products.

Beef and veal production slid downward, along with milk and cheese. 2013 was rough for hay, which saw a 26% decrease in per-acre productivity, as well as a 7% market price drop.

The number of acres devoted to ‘sustainable agriculture’ almost doubled in 2013. 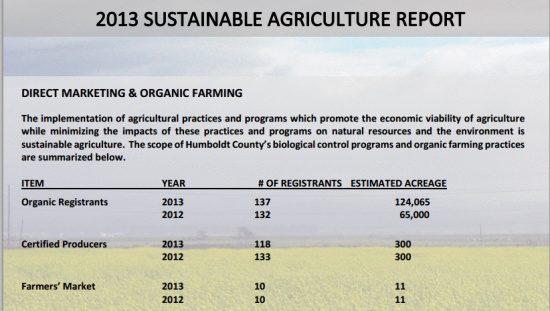 For historical reference, compare ag reports from 1951-2005. The current report does not mention the word “marijuana.” 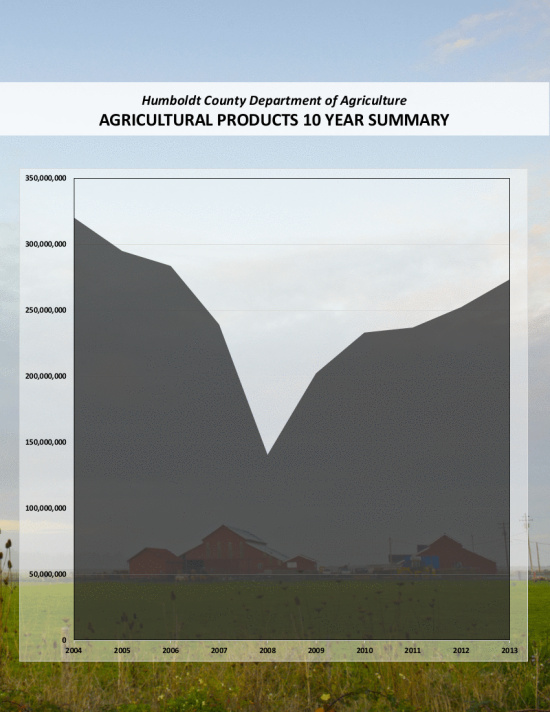