A corpse was found in a creek near Heather Lane in Arcata today, Sgt. Todd Dokweiler of the Arcata Police Department confirms to the Outpost.

Dokweiler that he had little information to release in advance of the Humboldt County Coroner’s Office’s examination of the body, which was removed from the scene early this afternoon. The APD is investigating the incident, Dokweiler said, but has not determined a cause of death.

“We don’t know if there’s criminal activity involved yet,” he said. “That’s why we’re waiting for the coroner.”

Lost Coast Outpost reader Will Dupen sent along these photos of emergency personnel at the scene at about 12:30 p.m. today. 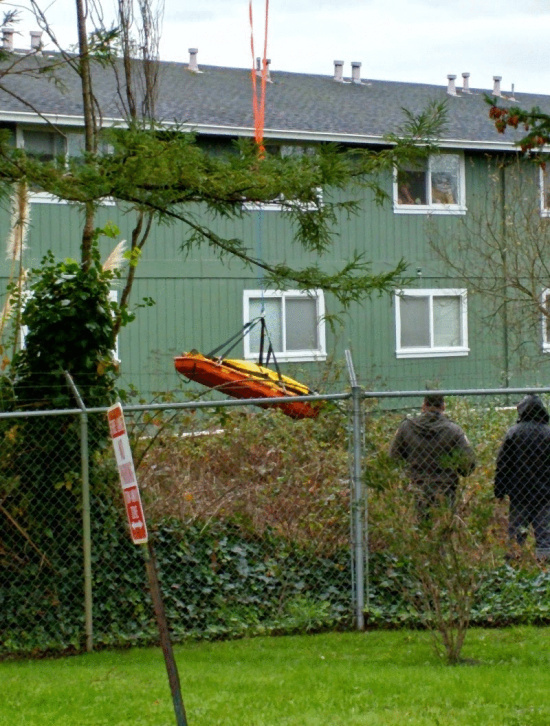 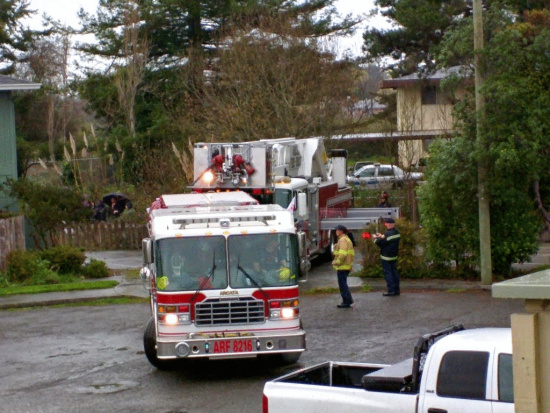