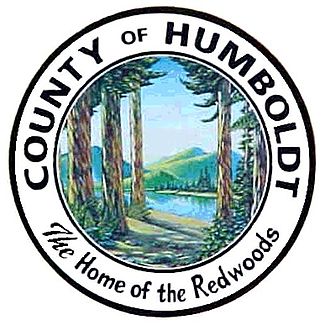 It was a busy morning for the Humboldt County Board of Supervisors as they made a number of substantive decisions likely to affect the county’s future. Unanimously, no less!

An early item was mostly ceremonial, but it formalized a pretty significant historical achievement for the county seat: Eureka will have its first all-female city council after the supervisors ratified the results of the Nov. 4 general election, in which challengers Natalie Arroyo and (barely!) Kim Bergel defeated incumbents Chester “Chet” Albin and Mike Newman. Mayor Frank Jäger (not a woman) will be present at meetings but is technically not part of the council.

Later in this morning’s meeting the board unanimously voted to make Second District Supervisor Estelle Fennell the board chair and Third District Supervisor Mark Lovelace the vice chair starting in 2015. Effectively this means little for Lovelace. Fennell, though, will take over the chair position from First District Supervisor Rex Bohn, and with it the responsibility to run the meetings, act as a spokesperson for the board and serve as intermediary between staff, the public and her fellow board members.

The board also adopted a state and federal legislative platform for next year. That may sound wonky, but several board members noted that it’s one of the most important decisions the board makes. Essentially this platform (which you can download in a large pdf under section H(c) of the meeting agenda here) serves as a statement of positions and priorities for policy and funding decisions made at the state and federal levels. In other words, it’s a message to the government bigwigs about what we care about and what we need locally.

The supervisors highlighted a number of specific items within the platform. Lovelace wanted to make sure that the county requests local control be preserved in any statewide marijuana legalization measure. “This is the year that something needs to happen,” Lovelace said. “It [legalization] is going to be on the ballot for 2016.” He recommended following the lead of the California State Association of Counties, which calls for any legislation that regulates marijuana to allow individual counties three options: 1) to adopt those regulations, 2) to modify them as they see fit, or 3) to opt out entirely.

But the biggest concern voiced by the supes was the “unintended consequences” of Prop. 47, the statewide ballot measure (which passed with nearly 60 percent of the vote) that reduced most “nonserious and nonviolent property and drug crimes” from felonies to misdemeanors.

Bohn in particular sounded the alarm, saying that if it hadn’t been for measures Z and Q, which extended tax measures in the county and Eureka, respectively, we’d be looking at “a tsunami of desperation by our public.”

“It’s basically a crapstorm out there right now,” Bohn said, referring to the rise in property crimes locally.

Fourth District Supervisor Virginia Bass agreed, suggesting that California voters may have been misled or possibly misunderstood Prop. 47 because it was informally called ”The Safe Neighborhood and Schools Act.” The truth is the opposite, Bass suggested. “If we thought [the jail] was a revolving door before, it’s only going to be worse,” she said.

Fennell echoed that sentiment. “I think people did not understand, in some instances, what they were unleashing,” she remarked.

The measure, in conjunction with California’s Public Safety Realignment, means that more low-level offenders are staying in Humboldt County, rather than being shipped off to prison, and more are now being released back onto the streets. Bohn said the county jail population has dropped by 35 percent in the last three weeks as a result of Prop. 47. “I think we’re down to 250 [inmates] in the jail,” he said.

Not quite. According to the official numbers from the Humboldt County Sheriff’s Office, there were 292 inmates at the Pink House yesterday, which is indeed a drop from the pre-Prop. 47 days, but not quite by 35 percent. The average daily jail population in October (the month before Prop. 47 went into effect) was 354. Yesterday’s total represents a 17.5 percent drop. Last Wednesday (Thanksgiving Eve) the jail population was down to 267. That’s a 24.6 percent drop from the October average. It’s also the lowest jail population since the Outpost began tracking it back on December 12, 2011. So even if Bohn exaggerated the numbers, his point stands: There are more jailbirds on local streets today than there were two months ago.

At today’s meeting, the board voted to tell state and federal legislators that Humboldt County is concerned about this.

Next the board voted to give formal support to our neighbors to the north (that’s Del Norte County, not Canada) by signing onto a formal request to Caltrans to build a bypass around “Last Chance Grade,” a slide-prone stretch of Hwy. 101 10 miles south of Crescent City. Several Del Norte residents made the trip down here to explain how dangerous the stretch is. Caltrans is currently working on a feasibility study for the stretch of road, looking at a range of possible improvement projects, but the Del Norte advocates are convinced that a bypass is the only true solution. The Humboldt supes endorsed that position.

With little fanfare, the board voted 5-0 to make the county coroner part of the sheriff’s office, which, as was noted more than once, 48 of the state’s 58 counties have already done. The supervisors mentioned receiving several comments from concerned constituents about eliminating an independent, elected position, one that has the authority to conduct investigations independently from the sheriff’s office. But ultimately the board felt that the value of such rare investigations (there hasn’t been one in six years, according to Bohn) is outweighed by the day-to-day needs of an office that has long been strapped for resources.

Lastly, before going into its afternoon closed session, the board returned to the matter of a Citizens’ Advisory Committee for Measure Z funds. The committee will be charged with advising the board on how best to spend the tax revenues that will start rolling in next June as a result of the tax measure, which was sold to the public as a public safety funding mechanism. At its last meeting, on Nov. 14, the board tossed around various ideas about the makeup of the committee — how many members? Who should appoint them? Whom should they represent? Etc.

That discussion continued today with some mild disagreements obscured through bureaucratese. Lovelace seemed to suggest that perhaps the Humboldt County Fire Chiefs and the Humboldt County Sheriff’s Office didn’t necessarily need dedicated voting positions on the committee since “public safety” is a broader issue, one that involves other concerns identified by the community, such as services for victims of child abuse, investigations of rape and domestic violence, District Attorney matters and more.

The board got feedback from a number of public officials, including Undersheriff Billy Honsal, Fire Chief Ken Woods, Department of Health and Human Services Director Phil Crandall and Chief Probation Officer Bill Damiano, all of whom said their respective departments play a key role in public safety and should be given a voice in the Citizens Advisory Committee.

The board agreed unanimously. And all that before lunch.