« Big Waves Coming—Stay Away From the Beach, Says the Coast Guard

We Shall Overcome: An Inspiring Lost Coast Hiking Trip » 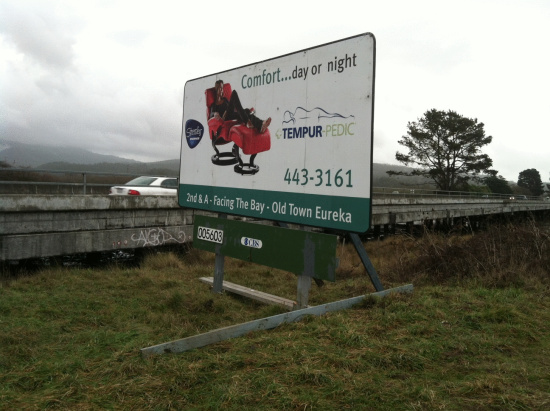 In secret the sign was chopped down, and in secret it has been re-erected. Sometime between last night and this morning, the Living Styles billboard near the Gannon Slough Bridge (just south of Arcata on Hwy. 101) was repaired in violation of a red tag placed on the structure by the City of Arcata.

It’s unclear just who did the repair work, but it appears to be someone with experience. Below you can see the still-fresh saw cuts that brought the sign down along with the nails, nuts and bolts used to put it back together again. 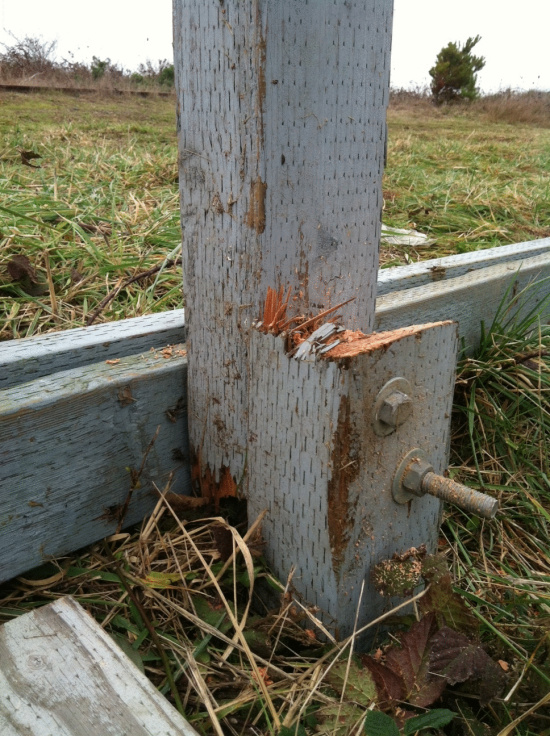 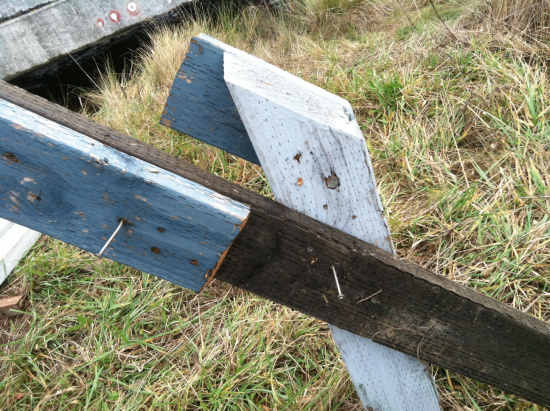 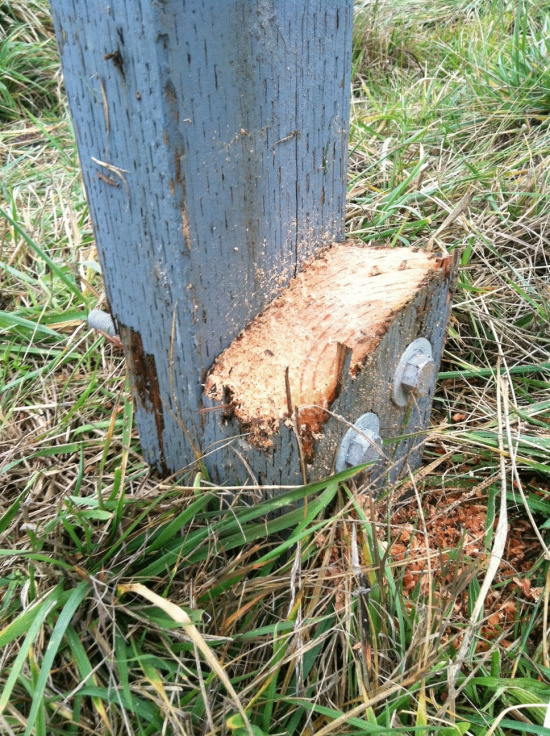 Some have accused the Billboard Bandit(s) of vandalism, trespassing and various other crimes, but consider the following: The billboards lining the safety corridor sit on public land, and yet CBS Outdoor, the company that owns most of the signs, is not paying rent to those public agencies. (This doesn’t keep them from charging clients to display their ads.)

Moreover, the billboards sit in Caltrans’ right-of-way, and the state’s Outdoor Advertising Act requires written consent from the property owner before issuing a permit. As we mentioned yesterday, none of the three public agencies owning property along the corridor (Caltrans, U.S. Fish & Wildlife and the North Coast Railroad Authority) have given that consent.

So the billboards appear to be standing in violation of state law, and whomever resurrected this one ignored a red tag permit order from the City of Arcata. Which leads one to wonder who is really a criminal.