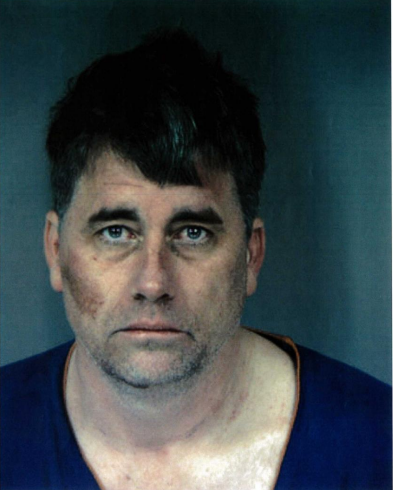 “The Eureka Police Department announces an arrest warrant for Gary Lee BULLOCK has been obtained for the murder of Father Erick Freed. BULLOCK is a white male 6’1”, 195 pounds and has dark colored hair.  His last known address was Redway, California. The facts of the case are as follows:

On Dec. 31, 2013 BULLOCK was the subject of a radio call regarding a person who was acting strangely in the Garberville area of southern Humboldt County. Humboldt County deputies located and arrested BULLOCK for public intoxication. He was taken to jail where he was rejected due to his erratic behavior.

BULLOCK was then taken to the hospital for evaluation where he became more agitated and had to be physically restrained by deputies. BULLOCK was ultimately booked into jail at 1634 hours.

Gary BULLOCK was released at 0043 hours on January 1, 2014. At about 0200 hours officers from Eureka Police Department were dispatched to 615 H Street, regarding a suspicious person. Officers contacted BULLOCK nad found that BULLOCK was not intoxicated and did not qualify for an emergency psychological hold. Officers referred BULLOCK to an emergency shelter for the night.

Later that evening a security guard heard noise in the area of the church and went to investigate. He saw a person matching BULLOCK’s description and directed him to leave the property after a short conversation.

At about 9 AM officers were dispatched to to the church Rectory where parishioners found Reverend Fathers Eric Freed badly injured. Officers and a doctor, who is a parishioner at St. Bernard, observed that he was deceased. The exact cause of death has yet to be determined and an autopsy is scheduled for Saturday. It does appear that there was blunt force trauma to the victim.

EPD’s investigation into this homicide has revelaed that forced entry was made into the parsonage and a violent struggle ensued. The pastor’s vehicle was also noticed missing during the crime scene search. That vehicle is a 2010 Nissan Hybrid bearing California license plate 6NDW400.

Residents are asked to be on the lookout for Gary BULLOCK and the Pastor’s missing vehicle. If spotted the should immediately contact ocal law enforcement and do not approach the subject.

There are currently more than 25 officers, detectives and agents assigned to the task of finding Gary BULLOCK and bringing him to justice.

If friends, family or associates have contact with BULLOCK they need to call Detective Sergeant Bill Nova immediately. He can be reached at (707) 268-5261” 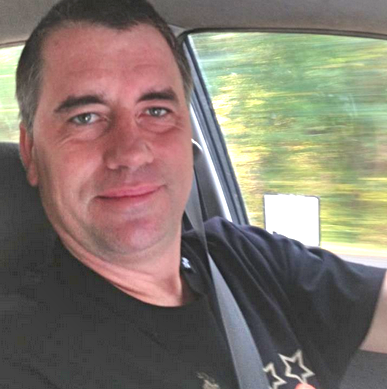 UPDATE, 11:22 a.m.: An arrest warrant has been issued for Gary Lee Bullock, last known residence Redway. Bullock had just recently been released from jail and there is a possibility he may be in possession of the car we featured on LoCO yesterday owned by father Eric Freed. The EPD is asking the public to continue keeping a look out and to call if they see anything..

Additionally, Father Freed’s exact cause of death has not been determined but Chief Mills noted their seemed to be “blunt force trauma” and evidence of a struggle in the St. Bernard’s parsonage. EPD has identified a murder weapon, but are not disclosing what it was. No motive has been established at this point.

According to Mills, a security guard saw and briefly confronted a man leaving the parsonage before finding Freed badly injured inside.

There is video evidence which EPD is not releasing at this time. -AG

UPDATE, 10:59 a.m.: The Lost Coast Outpost‘s Hank Sims will be feeding us updates from EPD headquarters where they are preparing to begin this morning’s press conference. He notes that representatives from the Humboldt County Sheriff’s Office are in attendance and that a large mugshot is displayed in the front of the room. Also on hand: The district bishop Robert Vasa, Eureka City council members Mike Newman and Chet Albin, Betty Chinn, Sheriff Mike Downey.

Should be getting underway in a moment. -AG

Original post: Your Lost Coast Outpost has been informed by Eureka police chief Andrew Mills that there will be an additional press conference concerning the Eric Freed murder case today at 11 a.m. held in the Eureka Police Department’s training room.

A LoCO reporter will be on the scene and we will update this post as soon as information is available.