« Remembering Father Eric — My Teacher, My Mentor, My Friend

FPD Wants You to Show up for Court » 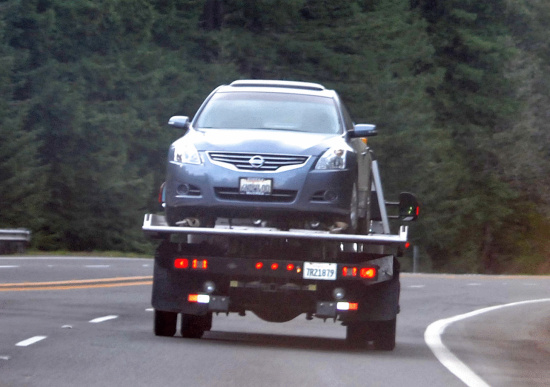 According to Lt. Steve Knight of the Humboldt Co. Sheriff’s Department (HCSO), Sgt. Kenny Swithenbank of the Garberville office, and other law enforcement officials conducted a felony traffic stop at approximately 12:30 P.M. today on Briceland Road in Southern Humboldt. Gary Bullock, suspect in the alleged murder of Fr. Eric Freed, was arrested.

A felony traffic stop is put into operation when law enforcement wants to halt a vehicle that is believed to have a high risk offender-someone who might possess a weapon. (For more go here.)

Knight said that because of the nature of the procedure, Bullock wouldn’t have had much of a chance of an escape.  Nonetheless, Bullock offered no resistance. According to Knight, “He went with the program.”

Later, the vehicle believed to have been taken from the rectory, the dark grey Nissan Altima Hybrid, with license plate 6NDW40, was discovered. (Details of exactly where and how have yet to be released.) A tow truck with the Altima was seen turning left out of Briceland Road and toward Dean Creek and Hwy 101.

An anonymous reader sent the above photo of the car and tow truck to the Lost Coast Outpost.