It has been an honor to stand as a State Senate candidate for the North Bay and North Coast. There is no district like ours in the state, and the conversations I’ve had with voters and community leaders have informed and inspired me. 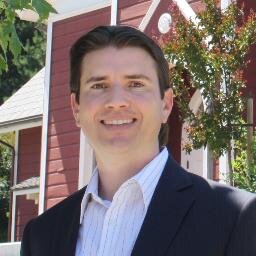 I said at the outset that my service on the Novato City Council, and now as Mayor, would come first during the campaign – and I have kept that commitment.

Additionally, I have continued to work fulltime and commute daily. My career and position in business has given me an important perspective outside of politics, but the balancing act has become difficult. With increasing pressures on my time, I found it was possible to run a good campaign, but not the great campaign that this large district deserves and requires.

Therefore, I am bringing my campaign to a close. I want to extend an enormous thanks to those who supported me as endorsers, volunteers and contributors. More than 160 of you donated to the campaign in just a few months. I’m very grateful and proud of what we did together.

I also want to announce my endorsement for Sonoma County Supervisor Mike McGuire. Over the last several months, I have been impressed with Mike’s track record, energy and his knowledge of issues in Marin County and through out this beautiful senate district. Even as we competed in the campaign, Mike was always gracious and open. We will be in good hands with Mike as our state senator. Please take a moment to visit his website, www.MikeMcGuireForSenate.com, and join me in supporting Mike’s campaign for State Senate.

Looking forward, there are many important issues to tackle this year on behalf of our North Bay communities. I’m excited and privileged to continue my service as Novato Mayor as you and I work together to strengthen our communities.

Once again, I’d like to express my gratitude for your continued support. It means a lot.