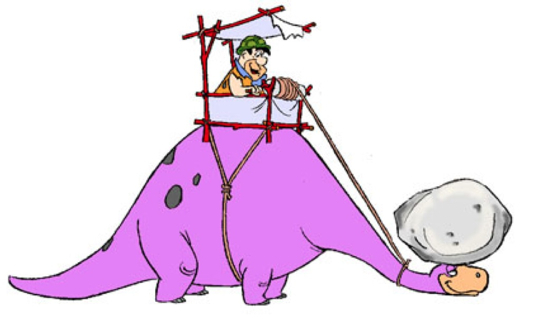 It’s become a familiar experience for Mark Lovelace — being on the short end of 4-1 votes — and in the first Board of Supervisors meeting of 2014 the 3rd district supervisor was again the lone dissenter on two contentious decisions.

In today’s afternoon session the board approved an ordinance prohibiting any and all new medical marijuana dispensaries (the county’s three existing ones will be tolerated). And shortly thereafter it denied an appeal of a reclamation plan for Halvorsen Quarry, a Bayside rock pit owned by Ryan Schneider, whose plans and operations at the site had been challenged by local environmental groups.

First, the pot club ban: As you may recall, the county enacted a moratorium on dispensaries back in December 2011. The move came amid federal crackdowns and intimidation, including threats of arresting local-level officials. Well, that moratorium expired last month, thus forcing the board to take a stand on this issue.

In voting to impose the ban, the board majority said it wants to wait until an ordinance has been developed and implemented — a set of rules that spells out exactly where and under what conditions marijuana dispensaries are acceptable. “The main difference of opinion is not [regarding] if but when,” said 5th District Supervisor Ryan Sundberg — “before rules are done or after.”

Lovelace argued for “before,” saying that there have been few if any complaints about the county’s existing dispensaries and adding that, until the county allows new ones, people will be more likely to grow (or continue growing) in their homes, thereby impacting housing stock.

There are currently three conditional use permit requests awaiting decisions: the Satori Wellness Collective, which would be in McKinleyville, the Angelina Wellness Center (Fernbridge) and the Humboldt Exchange (Garberville/Redway). SoHum resident Christopher Larson told the board that he, too, has been working to establish a business, Lost Coast Botanical, which would focus on high-cannabidiol strains being used in pediatric medicine, epilepsy treatment, etc.

The vote approving the ban came despite concerns expressed by medical marijuana advocates during the public comment period. Robert Sutherland of the Humboldt-Mendocino Marijuana Advocacy Project (previously known as the Humboldt Medical Marijuana Advisory Panel, but retaining the same acronym: HuMMAP) told the board, “You need the compassion to understand that not everybody is getting high. There are legitimate medical uses.”

And Kristen Nevedal, president of the Emerald Growers Association, said that if the ban was passed, “access for patients will be devastated. I find that very, very troubling.”

But pass it did. Asked about a timeline for developing an official ordinance, Deputy County Counsel Davina Smith said an ad hoc committee will be meeting as soon as next week to begin working on it. The draft will eventually be sent to the Planning Commission before appearing before the board for approval. “It is nigh,” Smith said. “It is imminent.”

The Halvorsen Quarry appeal issue has been more convoluted, full of acronym-laden discussions of state agencies, permits, mining law and the like. In a nutshell, the deal is this: The owner of the roughly 70-year-old quarry, Ryan Schneider (who’s usually represented by his father, Dave), has been trying to renew the reclamation plan for the site — that is, the rules governing what must be done once the mine is shut down (in 2025 or later). The application was approved by the county Planning Commission last year, but local environmental groups Humboldt Baykeeper and California Trout objected, arguing that the plan has insufficient protections for coho in the neighboring Rocky Creek as well as osprey, peregrine falcons, bald eagles (the Humboldt Bay Eagle Cam nest is nearby) and other wildlife.

At a board of supes meeting last month, Regional Manager of the North Coast Region of CalTrout President Darren Mierau (who lives near the quarry) argued that the Schneiders should be required to get an industrial general permit and a storm-water pollution prevention plan (SWPPP).

The Schneiders say the SWPPP (pronounced “swip”) isn’t necessary because the quarry isn’t being used for commercial purposes, though Jen Kalt of Humboldt Baykeeper says she’s seen commercial trucks leaving the site loaded with rock. (Following all this?)

At last month’s meeting, county staff agreed with two of the enviro groups’ objections and recommended that independent water quality testing be included as a condition of approval. In its report for today’s meeting, staff added another suggestion — asking the Schneiders to indemnify the county against legal action. With all the controversy surrounding the project, staff said it would be smart to ask the Schneiders to be responsible for any legal fees that may arise in the future.

This type of lawsuit ass-covering is far from standard in reclamation plan approvals — at least in Humboldt County. And Dave Schneider took to the lectern to oppose the idea. Lovelace admitted that the county should develop a policy for such situations, and the rest of the board agreed. But they ultimately agreed with staff that indemnification was a wise move in this particular case.

Lovelace argued to have additional conditional use requirements spelled out — namely documentation of water quality permits and independent water quality testing. But 1st District Supervisor Rex Bohn, who has consistently been dismissive of the appellants’ concerns, countered that those requirements are covered by the state’s Surface Mining and Reclamation Act (or SMARA), so it didn’t need to be spelled out.

Ultimately the majority agreed. Fennell moved that the appeal be denied outright and the Schneiders be required to sign an indemnification agreement. Fourth District Supervisor Virginia Bass seconded, despite some confusion, and after some back-and-forth discussion the board voted 4-1, with Lovelace again the odd man out.