[Found] Be On the Lookout: Suspected Supercreep Stole A Bunch of Gear From the Humboldt Bay Sea Scouts » 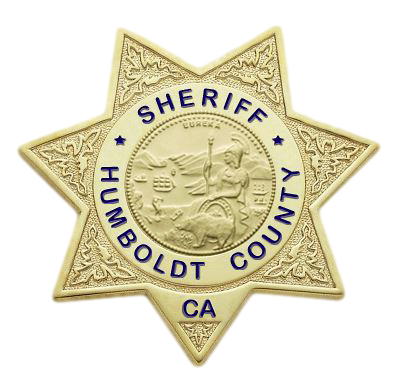 On 06-15-2014, at approximately 1:15 p.m., the Humboldt County Sheriff’s Office received a 911 call regarding a fight with several males involved in the 1600 block of Anderson Road, McKinleyville. Several of the males were reported to be armed with baseball bats, a golf club and a stick.

When deputies arrived in the area they met with a witness who reported two vehicles arrived at his neighbors’ residence, and there was a fight. One of the men had been struck in the head with a golf club. All the men fled the area in the two vehicles they arrived in, before the deputies arrived. Deputies notified Mad River Hospital of the fight and requested contact if any victims showed up at the hospital. Deputies searched the area where the fight occurred and located a baseball bat type object on the ground. While the deputies were checking the area, they were notified a 24 year old McKinleyville man just arrived at Mad River Emergency Room with head trauma. The man had been struck in the head with a golf club.

Deputies met with the 24 year old victim at the hospital. He told the deputies he and his 26 year old brother were driving on School Road, McKinleyville when they saw a 25 year old man they believed stole their motorcycle about six months ago. They turned their car around and stopped it near the man on Anderson Avenue. The man ran into a home where he and at least six other adult males exited the residence. All the men exiting the home were wielding baseball bats, an axe handle and a golf club. A fight ensued between the men and the two brothers, at some point during the fight; the 24 year old victim was struck in the head with a golf club. After being struck, he lost consciousness and woke up in the hospital. His brother drove him to the hospital where he woke up. The investigating deputy saw a large laceration on the victims head.

The investigating deputy also spoke with the 24 year old man’s brother, who is 26 years old. The brother told the deputy he was also struck in the back by an object while he was fighting with another man. A witness later told deputies the 26 year old was struck in the back with a baseball bat.

The investigating deputy saw a red visible lump on the 26 year old brothers back consistent with being struck by a bat or similar blunt object.

The twenty four year old victim has been flown to an out of area hospital for a fractured skull. His current condition is unknown. The Humboldt County Sheriff’s Office is actively investigating the case and trying to determine who all the suspects were.