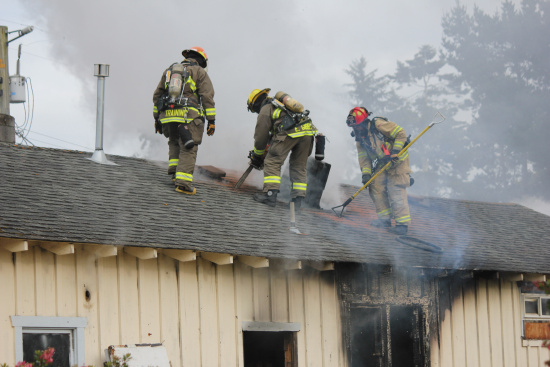 From the Arcata Fire Protection District:

McKinleyville, CA- (June 19, 2014)- Arcata Fire District personnel responded to the 1800 Block of Columbus Rd, McKinleyville after receiving a report of a residential structure fire. Firefighters arrived and found the structure 20% involved in fire with flames coming out of the front door. One firefighters began a defensive fire attack while the second operated the engine as they waited for additional personnel to arrive. The next engine to arrive was out of the Arcata Station because the Mad River engine was on another incident at time of dispatch.

As additional firefighters arrived, the strategy was changed from a defensive (exterior)fire attack to an offensive (interior) fire attack and crews working inside reported heavy fire burning in the rear of the structure. The third arriving engine cut a ventilation hole in the roof of the structure to allow heated gases to escape and make the conditions inside of the burning home more tenable for firefighters who were working. It took firefighters approximately 15 minutes to contain the fire and confirm there was no one inside of the home. One engine and a Battalion Chief from Humboldt Bay Fire were called into the scene to assist.

Engines from Blue Lake Fire and Samoa Penninsula Fire provided mutual aid into the District for station coverage. Those engines covered other emergencies that occurred while firefighters fought the McKinleyville blaze.

Battalion Chief Campbell reported, “This fire was really starting to build when the first engine arrived. Our firefighters did a great job being aggressive and working as a team to search for occupants, extinguish the fire and vent the roof with limited personnel”.

Battalion Chief Campbell reports, “The case is under investigation and we are working close with law enforcement as we continue to gather and process information”. 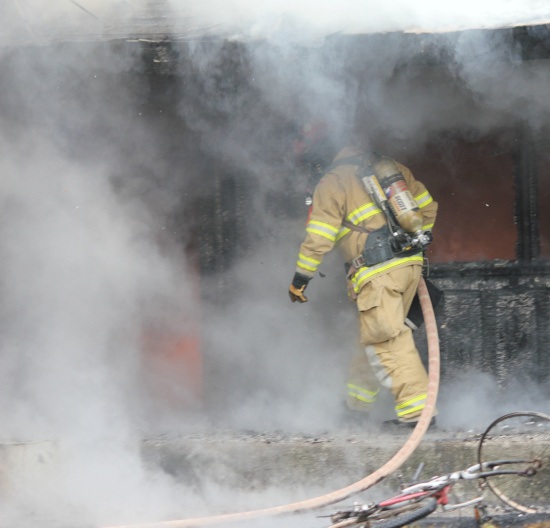 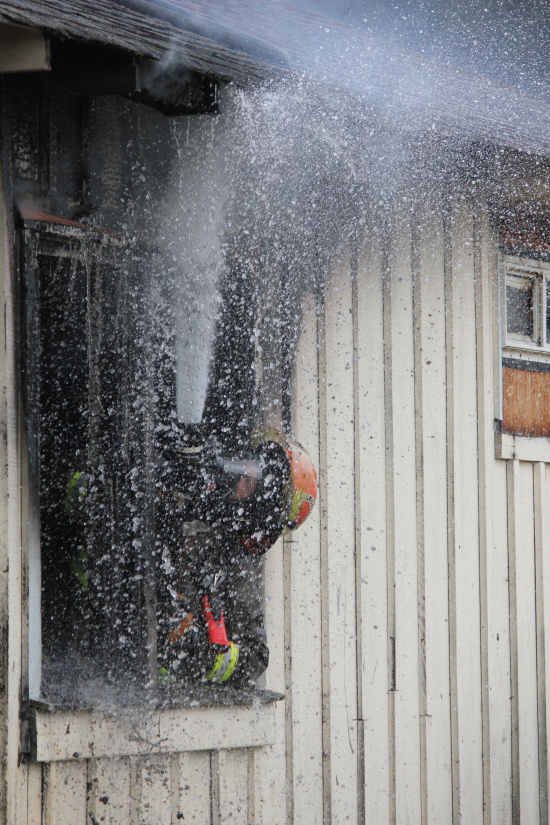