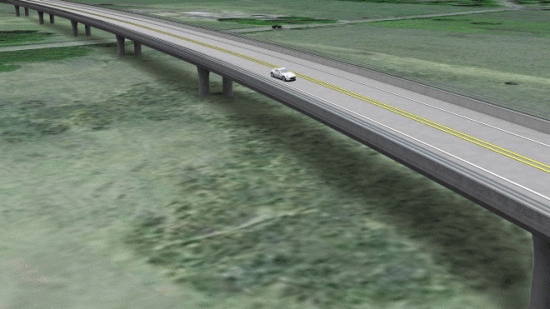 Artist’s rendering of the finished north end of the Willits Bypass. By Caltrans.

As reported by KGO-TV on Friday, the U.S. Army Corps of Engineers stopped work on the Willits Bypass late last week by revoking its permits to the California Department of Transportation.

Ryan McClymont, an Army Corps spokesperson, confirmed to the Outpost that his agency has, in fact, stopped work on the Willits Bypass, but was unable to provide further details. The Outpost has requested a copy of the stop-work order and has a call into Caltrans, and will update when more information becomes available.

The Corps of Engineers is tasked with regulating encroachment on federal waterways and wetlands, including those at the north end of the Little Lake Valley, where part of the bypass is being constructed.