UPDATE, 4:02 p.m.: Sanchez Senior: Most Wanted in Trinity and in Northern California 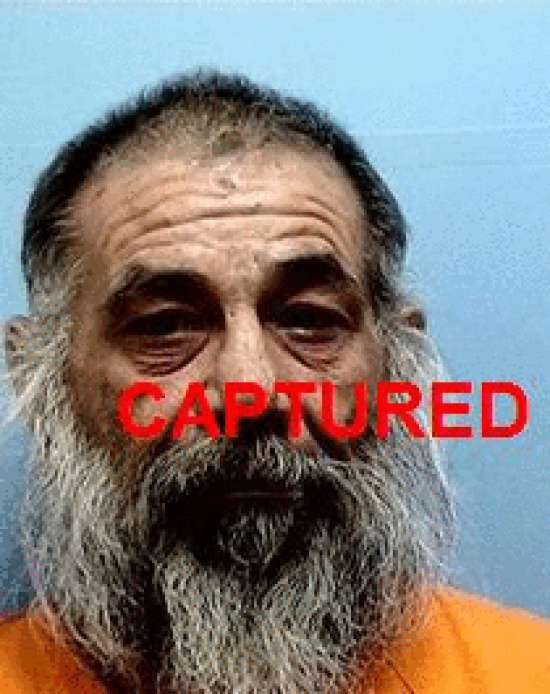 Ronald Sanchez, Sr., who was arrested on D Street in Eureka today was on both the Trinity County and the Northern California Most Wanted sites. The later site has already listed him as captured. (See photo right.)

According to Joseph Palmer, Deputy US Marshal, his agency was working with the DEA Task Force, the California Highway Patrol and the Humboldt County Sheriff’s Office to serve a search warrant for Ronald Sanchez, Sr.

The warrant, Palmer said, was served on D Street in Eureka early this morning and Silverio, Sr. was taken into custody.

Sanchez, Sr. , the father of Silverio Sanchez (See below for stories about Silverio who was on several Most Wanted lists for awhile), was arrested on multiple warrants out of Trinity County. The warrants included felon in possession of a firearm, possession of stolen property, possession with intent to distribute of a controlled substance as well as other charges.

Original post:Callers tip us to the fact that there are — or possibly were, until very recently — a very large gathering of police at the brick federal building in downtown Eureka.

Eureka Police Chief Andy Mills tells the Lost Coast Outpost that the US Marshals Service is conducting a large operation in the county today. Mills declined to provide any other details.

Did you see them massing this morning? Did you get a photo? You know what to do — news@lostcoastoutpost.com, or post it in the comments.