« DEAR LoCO: I Am Writing to You From Federal Prison

Two Arrested in Eureka Meth Bust, “Both subjects were released due to overcrowding” »

UPDATE 2:55 p.m.: The Sheriff’s Office has announced that the suspect was arrested.

On 06-09-2014, at approximately 1:15 p.m. Bruce Campbell surrendered himself to the
Humboldt County Sheriff’s Office at the main station in Eureka. He was booked into the Humboldt County Correctional Facility on charges of assault with a deadly weapon, negligent discharge of a firearm, terrorist threats, child endangerment, trespassing and exhibiting a firearm in a threatening manner. His bail was set at $150,000.00. 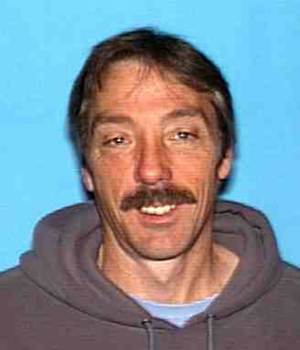 On 06-07-2014, at approximately 10:00 p.m., the Humboldt County Sheriff’s Office received a 911 call from the wife of Bruce George Campbell, 53 years old, who reported he was “going crazy” and armed with a semi-auto 9mm handgun. She said Campbell was upset with the adult male neighbor, and was now running towards the neighbor’s residence, armed with the handgun, and shouting he was going to kill the neighbor. The wife then heard Campbell shouting and multiple shots being fired. Deputies responded to the residence, which was located in the 5000 block of Elk River Road, Eureka.

While deputies were enroute to the scene, Campbell got into his black Jeep Wrangler and fled the scene prior to the deputies’ arrival. When deputies arrived they spoke with the wife and male neighbor and his wife. They learned Campbell had fired several rounds into the air while making threats against the male neighbor. The male neighbor told deputies he heard Campbell yelling death threats against him, while Campbell was armed with the handgun. The neighbors told deputies Campbell opened their front door, and attempted to force his way inside the residence. Campbell was able to push his hand holding the handgun inside the neighbor’s home, while the neighbor tried to hold the door close. Campbell waived the firearm around while threatening to kill the neighbor, before the neighbor was able to push his arm back outside and close the door. After Campbell left, the neighbors saw their vehicle windows were smashed and a window of the residence was broken.

No one was injured during the incident. A Be-on-the-Lookout to local law enforcement for Campbell has been issued for terrorist threats and assault with a firearm. Deputies recovered numerous spent casings on the ground outside the homes and a firearm that appeared to be the weapon used in the incident.