« Humboldt, We Have Egg, PART II 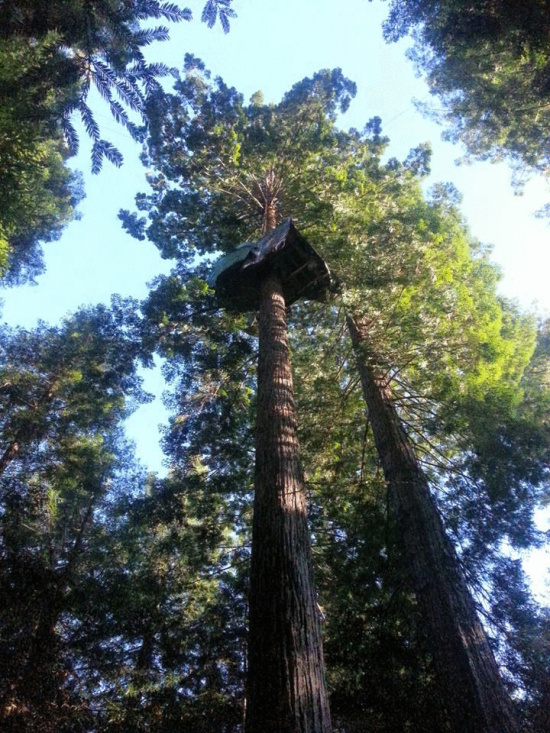 The deadline to log near Trinidad’s Strawberry Rock was extended last Thursday by Green Diamond Resource Company. The previous deadline had been this month. However, that business’s Manager for Forest Policy and Communications, Gary Rynearson, said that the company is extending the deadline for two more years until March of 2016.

Amanda Tierney, member of the activist organization the Redwood Forest Defense, responded to the decision. In a press release issued by her organization, she said, “Green Diamond’s choice to delay their logging plans is a substantial victory for the tree-sitters defending Strawberry Rock’s redwood rainforest.”

The planned logging operation to use even age management (environmental groups call this practice clear cutting) on 84 acres of redwood forest near the site has been the object of some energetic protests by activists. One unusual protest posed nude protesters atop the large rock for art photographs. Another involved a two and a half year tree sit.

Strawberry Rock, a popular hiking destination, is on Green Diamond land and public access is restricted. Rynearson says his company is “still actively trying to work with different conservation groups” to find a way to fund a permanent conservation easement that would include the trail from the public road to Strawberry Rock and some area around the site which total about 38 acres. This would allow the public to access the property without trespassing.

However, Rynearson explained that even though the company is working with The Trust for Public Land, an organization that helps companies find organizations willing to raise money for conserving lands, “no specific funding has come forward yet.”

Nonetheless, Green Diamond, he says, is still actively trying to find funding. “The key message is that we are committed to try and find partners so that we can secure the easement,” explained Rynearson.

A tree sitter from the site of the proposed logging known as Carbohydrate believes that Green Diamond is stalling for time by extending the deadline “in hopes people will forget the controversy.” He says that “the tree-sitters of Redwood Forest Defense re-commit themselves to staying until Green Diamond cancels their plan to clearcut forest near Strawberry Rock.”