« HUMBOLDT APPROVED: What’s the Best Film Ever Shot in Humboldt?

NPR Asks, ‘Is Marijuana Bad for You?’ Jerry Brown Frets About ‘Potheads.’ 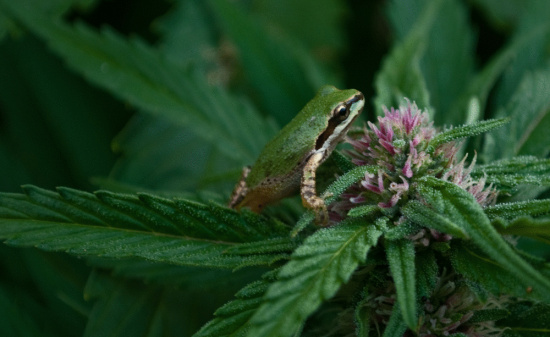 The sober reporters at National Public Radio’s “Morning Edition” ran two stories today on pot and its health effects. Meanwhile, California Governor Jerry Brown appeared on NBC’s “Meet the Press” Sunday and said he’s concerned that legalization could lead to more widespread use, which he thinks could damage the state’s productivity and safety.

“I think we need to stay alert, if not 24 hours a day, more than some of the potheads might be able to put together,” Brown opined.

Some interesting tidbits from the first story:

The second “Morning Edition” story focused on the effects of weed use on the teenage brain.

The upshot? Probably not a great idea to let your kid blaze. Smoking weed can actually change the structure of developing teen gray-matter, according to a number of studies.

Lastly, the “Meet the Press” interview with Brown starts around the 38-minute mark of this video. If you’re not too high to completely lack initiative, you can skip to the marijuana talk at roughly the 42-minute mark, or read the transcript here.