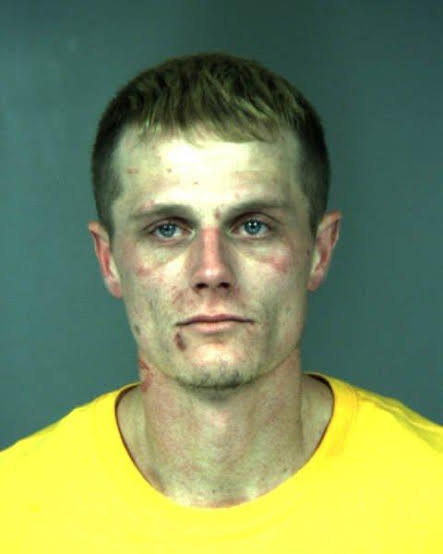 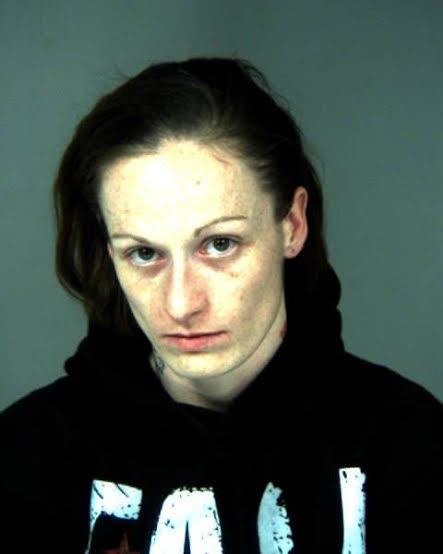 On 03-06-2014, at approximately 12:50 p.m. , the Humboldt County Sheriff’s Office received a report of a man and woman yelling at each other at Freshwater park. The caller said they were associated with a grey truck.  About the same time the call came in, a second citizen called on 911 stating they heard two gunshots in the area of the park.  Sheriff’s Deputies and  a California Highway Patrol officer responded to the park.

While deputies were enroute to the park, another caller told Sheriff’s Dispatch they saw a man with a shotgun walking around in Freshwater Park. Both Garfield and Freshwater Elementary Schools  were notified of the call by Sheriff’s dispatch. Garfield Elementary initiated a lockdown of the school as a precaution.

The first deputies arrived at Freshwater Park at approximately 1:05 p.m., with CHP Officers and additional deputies arriving soon after. The park and surrounding area were checked with neither the vehicle or suspects located.

Two Sheriff’s cars continued up Kneeland road and located a gray truck parked along Kneeland Road, approximately two miles up from the park. A man and woman were with the truck. The deputies detained the man and woman. The truck was searched by the deputies for a weapon. While the deputies were searching the truck, Sheriff’s Dispatch told the deputies a passing motorist driving by the scene before law enforcement arrived; saw the male suspect with a hand gun and it appeared he just fired it. The passing motorist responded to Freshwater Park and showed deputies the area where he saw the shots being fired. Deputies located three spent 9mm shell casings on the ground at the entrance of Freshwater Park.

The deputies who searched the truck located a loaded 9 mm semi auto handgun under the hood of the truck, wrapped in a basketball type jersey. The loaded magazine of the handgun was missing three rounds. Deputies also located a lap top computer that had been reported stolen to Eureka Police, along with approximately two pounds of dried marijuana and a scale.

Deputies were able to determine during their investigation there was no shotgun, only a handgun.

UPDATE, 2:36 p.m.: Two people are in custody in relation to this incident, according to Lt. Steve Knight of the Humboldt County Sheriff’s Office.

Knight told the Outpost that the first call to police came in at about 12:50 p.m. The caller said that a man and a woman were yelling at each other in Freshwater Park. Shortly after, there was a report of gunshots in the area. (Though — still later — someone thought the noise could have been the backfire of a vehicle.)

The Sheriff’s Office and the CHP responded, and in the meanwhile were told that the man and woman in question were associated with a gray pickup truck. The truck had left the park and come back at least once, but when law enforcement arrived they found no truck, and no one matching the description of the suspects.

The officers got in their vehicles and fanned out. At 1:20 p.m., a sheriff’s deputy found a pickup matching the description two miles up Freshwater Park Road. The deputy detained the man and woman in the vehicle and searched it. He found a 9 millimeter handgun and a several items of personal property, at least one of which — a computer — had been reported stolen. The two suspects were then arrested. 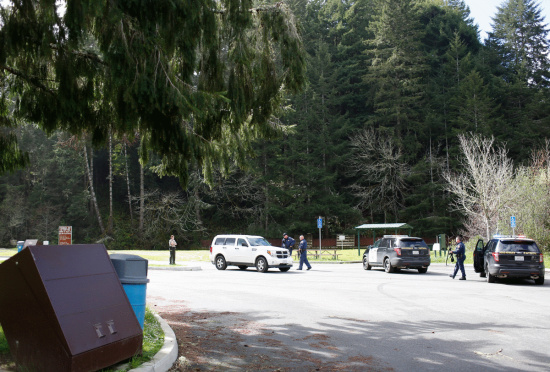 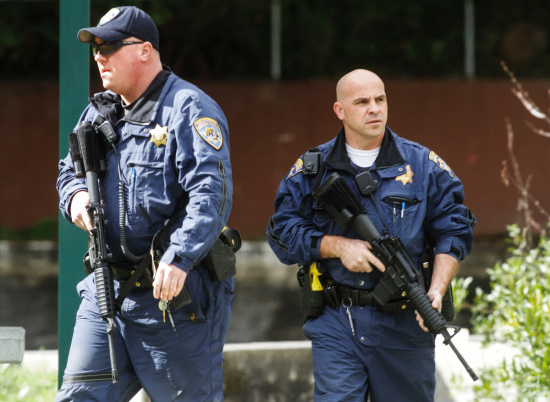 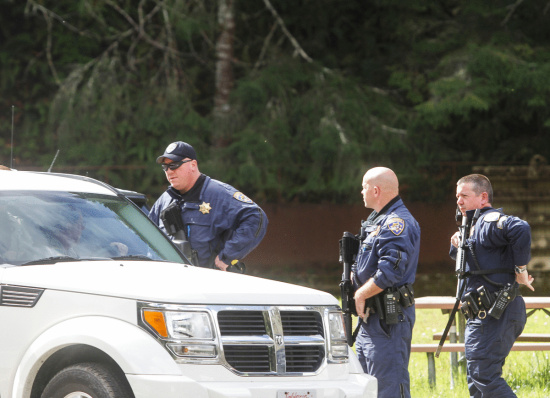 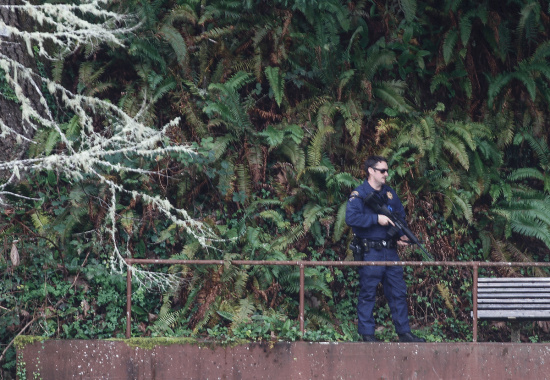 UPDATE, 1:48 p.m.: KHUM spoke with Garfield School principal Barbie McMahon who shed some light on the series of events that led to the lockdown at her school. Listen to the audio below:

UPDATE, 1:44 p.m.: Outpost contributor Nick Adams is on scene and will be sending photos soon. He texts: “Women and man fighting at Freshwater Park, then reports of shots heard. They aren’t finding anything.”

We have calls into law enforcement and will continue to update.

LoCO readers are telling us that multiple CHP and HCSO vehicles are converging on Freshwater. A parent of a child at Freshwater School relays that she received a message saying the school is on lockdown. We’ve also heard Garfield School is locked down.

LoCO is gathering info and will update this post when we know more.