MOVIED: Here Are All The Movies Opening in Humboldt This Weekend (And One That Isn’t)

Today your Lost Coast Outpost foolishly launches another weekly chore for itself … MOVIED! 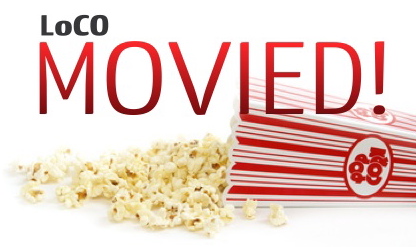 The mission statement is this: While more populated, movie theater-rich areas can always rightfully assume they will get any and every slice of Hollywood they’ve seen advertised the weekend it opens, we aren’t always so lucky. For Humboldt’s movie-lovin’ masses that have endured the oppression of living under the Coming Attractions Theatres regime, we aim to inform you of which flicks you’re getting (and which you ain’t).

So here we go, here are the films opening in Humboldt today, May 9. Remember, local movie listings for any given day appear at the bottom of the Lowdown:

Humboldt Could Watch Neighbors: Featuring Seth Rogan as a dopey dad who moves his family next door to drunken Zac Efron-led frat house. This will get wacky!
Rotten Tomatoes: 74%; Metacritic: 68

Humboldt Could Watch Fading Gigolo: John “Nobody Fucks With the Jesus” Turturro directs, writes and stars in this film about an unlikely male prostitute who gets sex advice from Woody Allen. What could go wrong?
Rotten Tomatoes: 55%; Metacritic: 57

WHAT HUMBOLDT WILL NOT BE WATCHING: And just for some perspective below if the trailer for John Favreau’s latest comedy Chef. We will note that, according to Rotten Tomatoes, this is the most critically acclaimed film being widely released this weekend. LoCO would bet good money that some of y’all wanted to see it.