Did You Have Your Mail Stolen, Arcata Resident? ‘Cuz APD Caught a Guy » 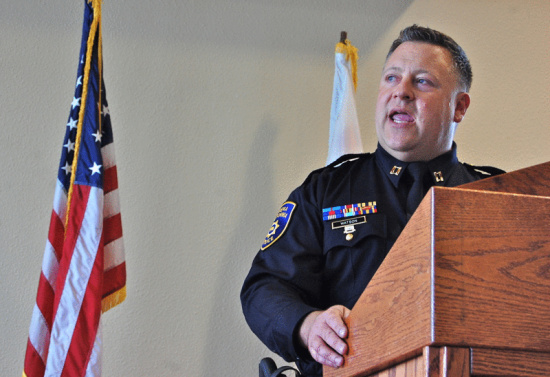 “These are my expectations for each of you: do right, do the best you can and treat others the way you want to be treated; and I’ll do the same.”

Newly minted Eureka Police Captain Stephen Watson addressed the officers of his department at a packed ceremony in Eureka’s Wharfinger Building this afternoon. The purpose of the gathering: a slew of promotions and honors handed out by Chief Andrew Mills with the assistance of Mayor Frank Jager.

The event was generally lighthearted: Jokes about favorite sports teams, badges pinned on by promotee’s moms and kids. Chief Mills spoke at length about the exhaustive process undertaken to select those those promoted today, a system that included multiple interviews, written tests, essays and input from various community members.

The biggest career status bumps of the day were handed out to Watson and now Captain Brian Stephens. As part of continued department restructuring efforts, the two will now each oversee policing efforts in a newly divvied up Eureka (the boundaries were hinted at on the back of the program handed out to ceremony attenders. Peer at it below.) 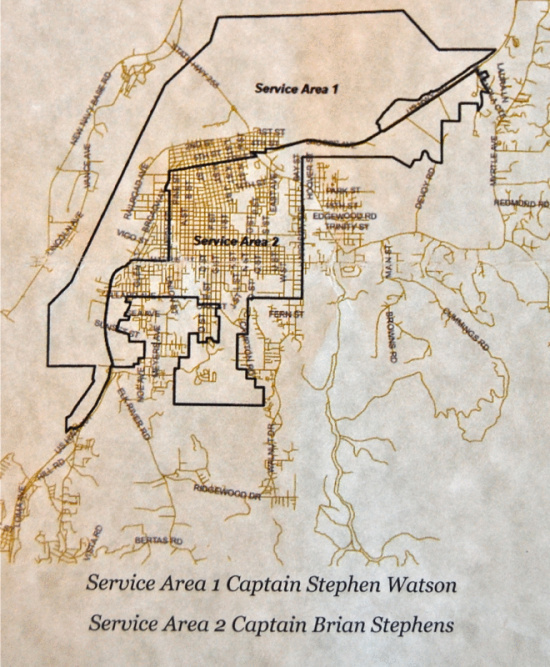 Outside the Wharfinger building both before and after the ceremony, protesters in support of further investigation into the death of Tommy McClain — the man killed by an EPD officer on Sept. 17 — held signs calling for justice for their lost loved one. Despite pleas for a crowd on social media and the Tuluwat Examiner blog, in the end just two of Tommy’s family members attended. 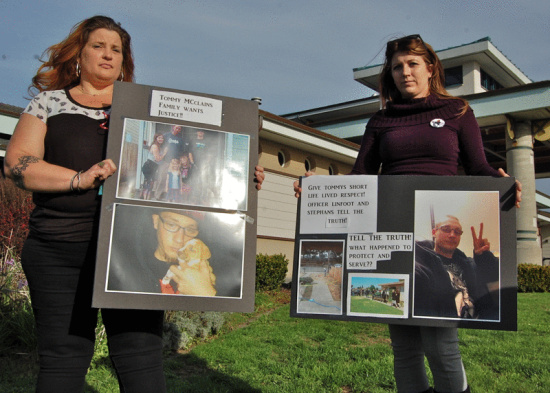 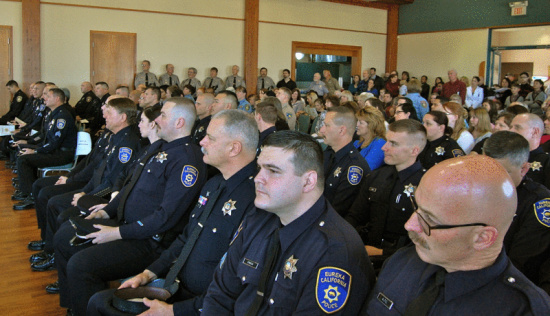 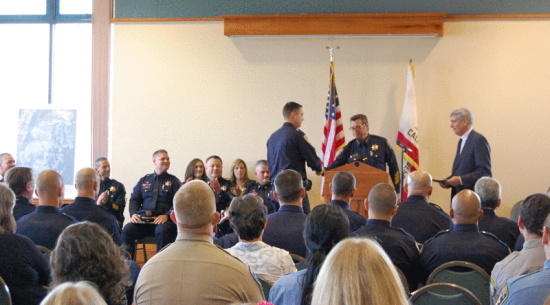 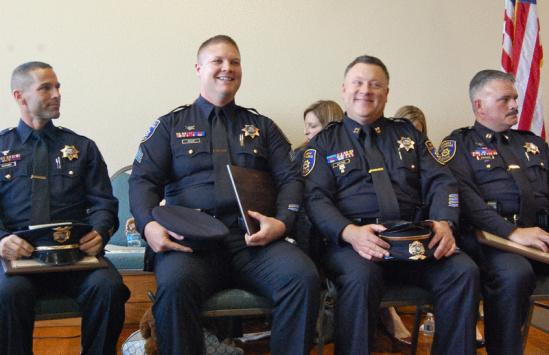 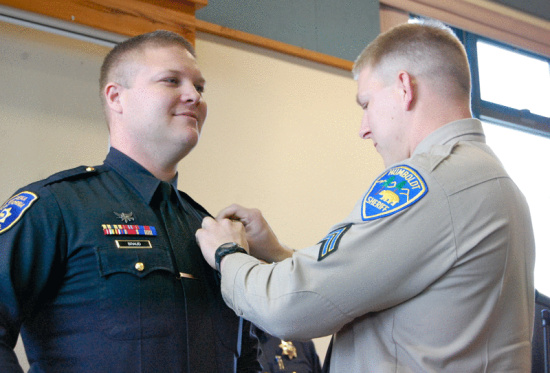 New EPD Sergeant Travis Braud has his badge pinned by his brother Justin, a deputy with HCSO