« Be on the Lookout: Customer Vehicle Stolen from Arcata Repair Shop; Reward Offered

DA: No Charges Will Be Filed Against Officer for Death of Tommy McClain »

UPDATE: The victim in the crash has been identified as Dr. Douglas Pleatman who serves as the chief emergency room doctor at Garberville’s Jerold Phelps Community Hospital. 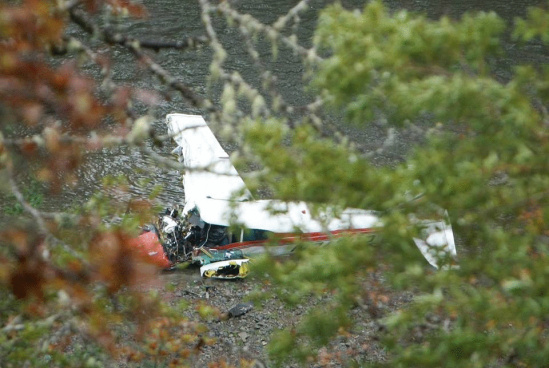 UPDATE, 11:27 a.m.: LoCO correspondent Emily Hobelmann is at the scene of the crash. According to Sheriff’s Office deputy Moore, sometime around 10:20 a.m. the single-engine Piper PA24 hit a tree and lost a wing before crashing. The plane’s only occupant has died.

It is believed that FAA officials may not be able to make it to the site until tomorrow. It is expected that the river’s level will have risen two feet by that time.

A nearby resident, Chester Clark, said he heard the plane hit the tree then looked out his window to see the plane cartwheel down to the ground. 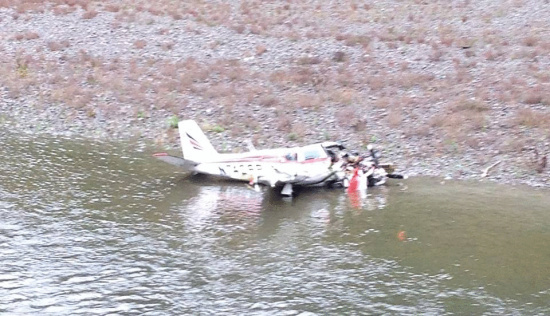 UPDATE, 11:09 a.m.: KMUD Radio has posted photos of the plane in the river to their Facebook page:

Original Post: A credible call in to LoCO‘s sister radio station KWPT The Point indicates that a plane has crashed near Sprowl Creek in SoHum.

The Humboldt County Sheriff’s Office public information officer is apparently not in today, so we have very few details at this time but should know more soon.