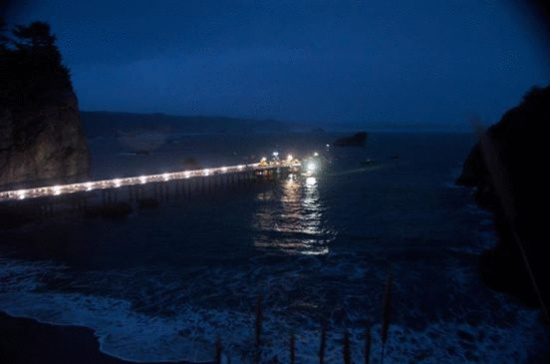 The pier in Trinidad’s Harbor glows with light as commercial fishermen load up their gear in preparation for the beginning of the crabbing season. [Photos by Ted Pease.]

A chilly rain fell on Trinidad Harbor as commercial crabbers loaded up their gear this morning and headed out to set their pots. Commercial crabbing season starts December first north of the Sonoma/Mendocino line but, today, here on the north coast at 8 a.m., fisherman were allowed to begin setting out their pots. 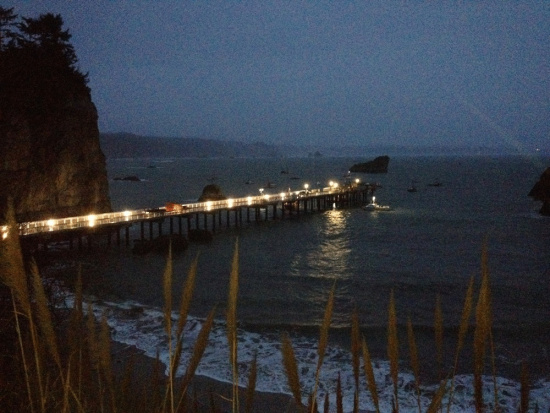