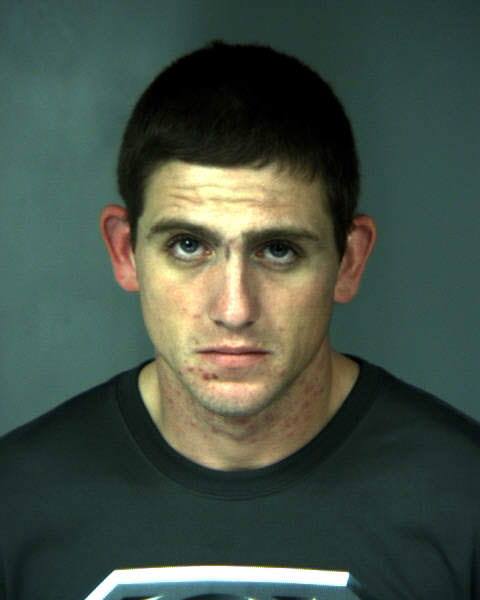 On Tuesday, October 28th at approximately 10:00 am, Arcata Police Officers conducted a traffic stop in the Valley West area of Arcata. The officers contacted the driver of the vehicle, who was identified as 25 year old Vincent Charles McKenny of Mckinleyville. McKenny, who is currently on probation for numerous theft related offenses, was searched per the terms of his probation. During the search of McKenny and his vehicle, officers located several items of suspected stolen property. Further investigation revealed McKenny was on his way to a nearby storage unit. A search of the storage unit uncovered more suspected stolen property along with butane and tools consistent with the chemical manufacture of concentrated cannabis (hash).

In reviewing recent vehicle burglaries, officers were able to quickly locate property taken during six separate burglaries that had occurred over the past weeks. At the time of his arrest McKenny was determined to be wearing a jacket belonging to one of the victims.

McKenny was booked into the Humboldt County Correctional Facility on the following charges:

Investigators are continuing to sort through a plethora of stolen property in an attempt to locate the rightful owners.