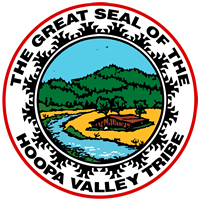 Firefighters from Hoopa Forestry’s Wildland Fire Department, the U.S. Forest Service, and CAL FIRE worked through the night to contain a fire threatening homes on Bald Hill and near Bloody Camp.

Kevin Lane, with Hoopa Wildland Fire, said the crews had cut hand lines to stop the spread of the fire towards nearby homes.

“They have an initial hand line on the south line of the fire, which is the side closest to the homes,” Lane said. “They also have a line around the spot fires that crossed Bloody Camp Road, and they have hoses on both of those.”

Fresh fire crews, including the Stanislaus Hotshots and a team from the Yurok Tribe’s Wildland Fire Department, were sent up to relieve the night crew late Saturday morning.

Incident Commander Rick Young, with the Six Rivers National Forest, instructed the incoming firefighters to hold and improve the existing hand lines until more resources can be brought into action.

As of 9:00 am on Saturday, the fire covered over 175 acres and was estimated to be 20 percent contained.

Residents of the Bald Hill and Bloody Camp areas, whose homes are threatened by the fire, are being evacuated to the Neighborhood Facilities (NF) Building in Hoopa.

“The south and east flanks are really crucial,” Young said. “The Tribe wants to lift the evacuation order as soon as possible and if we have a good day on that flank, maybe they can do that.”

For more information on evacuation to the NF, residents can contact Rod Mendes, Office of Emergency Services (OES) Director, at (530) 784-7870. 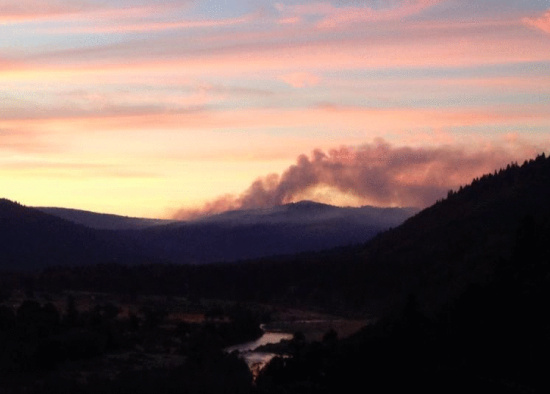 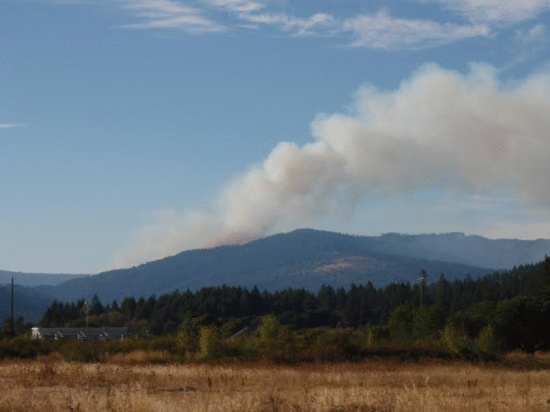 UPDATE, 6:17 p.m.: The Two Rivers Tribune is reporting that the estimate of the area the fire has burned has been downgraded to closer to one hundred acres.

Jon Smith sends in the photo above taken “from the head of the valley” at about 5:45 p.m.

Hoopa Forestry’s Wildland Fire Department is fighting a fire on Bald Hill that covered around 200 acres by 4:30 pm on Friday, September 12.

Kevin Lane, in charge of fire management, said that no structures have been burned so far, but one large piece of equipment belonging to Hoopa Forest Industries (HFI) was destroyed.

Residents of the Bald Hill and Bloody Camp areas, whose homes are threatened by the fire, are being evacuated to the Neighborhood Facilities (NF) Building in Hoopa.

For more information on evacuation to the NF, residents can contact Rod Mendes, Office of Emergency Services (OES) Director, at (530) 784-7870. 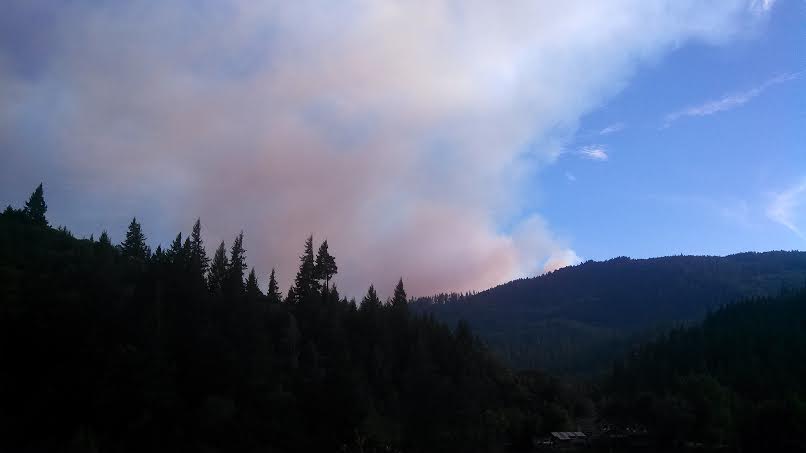 UPDATE, 5:01 p.m.: LoCO got an update from Dillon Lewis with the US Forest Service who told us the fire is centered about a mile and a half northwest of Hoopa and has already burned around 200 acres. We received an additional update from the air that characterized the blaze as “very active.” Several aircraft and “lots of ground resources” have already arrived or are en route.

At this point no structures are threatened but this one is moving fast. Michael Belchick sent in the more recent photo above noting that the fire appears to be moving east from his location. 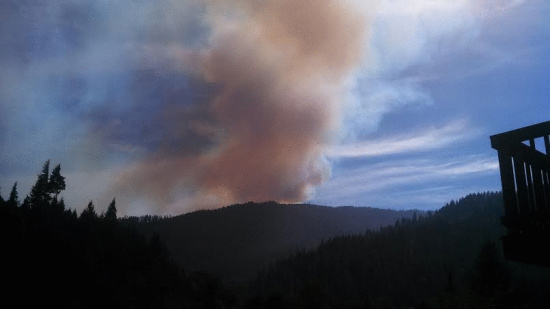 Original Post: Multiple LoCO readers are sending us photos of what appears to be a pretty sizable fire near the Bloody Camp area. A smoke jumper friend of the LoCO says his crew just took off from Redding. Reader Michael Belchik who sent in the photo above says “the fire has blown up very quickly.” Reader Austin Grissom sent in the photo below which he took from the top of Kneeland which is almost 30 miles away.

LoCO will update this post as we hear more. 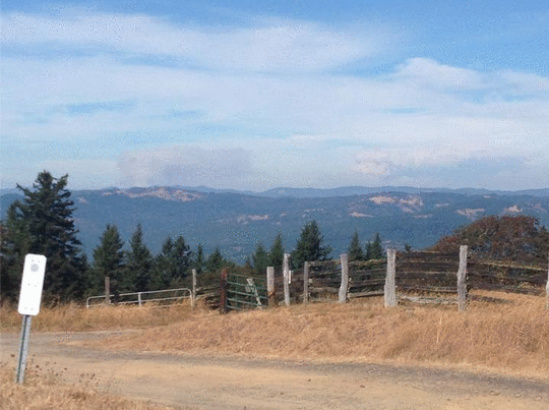