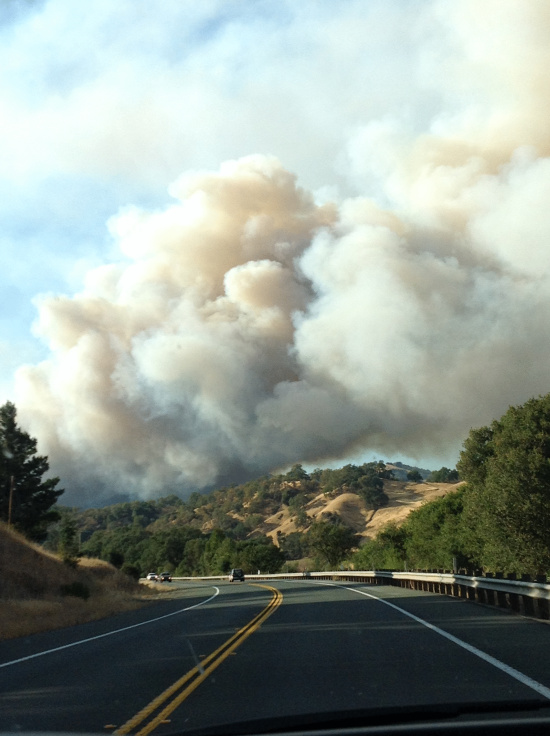 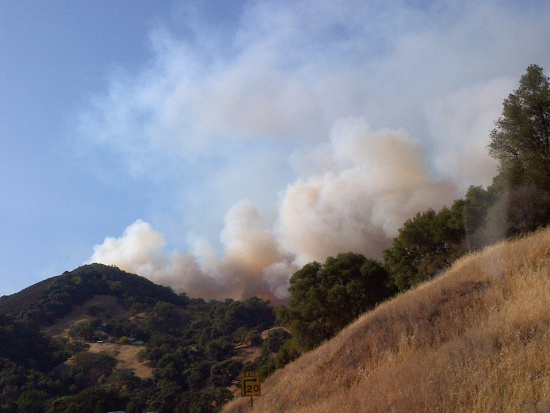 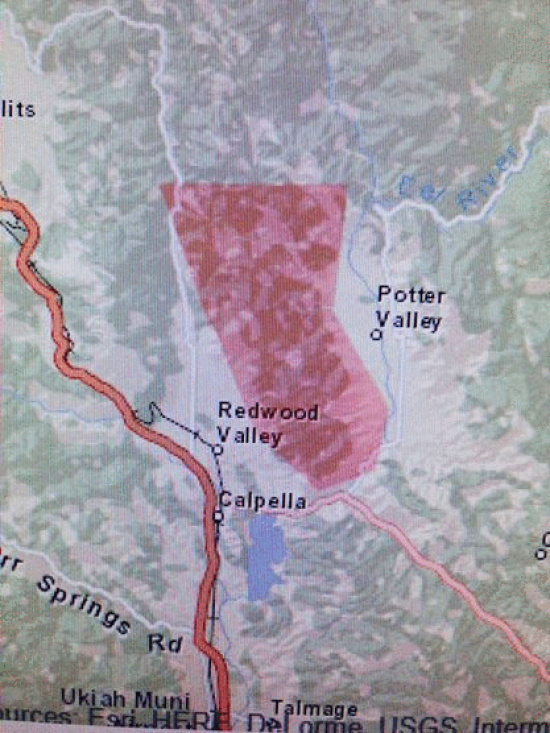 This map provided by the Mendocino Sheriff shows the rough evacuation area.

A little after 4 this afternoon, a fast moving fire ignited near the Black Bart Trail in Redwood Valley and Potter Valley and began racing through the area. The Anderson Valley Advertiser (AVA)is reporting that multiple homes have been burned. Other residents have had to evacuate. See map above for area affected.

AVA reported about two hours ago, “Sheriff’s Lt. Shannon Barney said strong winds were driving the blaze over tinder-dry terrain on a very hot day, and that several firefighters were already being treated for heat exhaustion.” 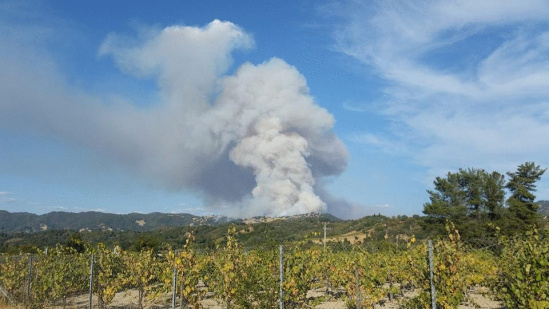 This photo, taken just before 5:30 p.m., shows the huge column of smoke rising off the fire. [Photographer Ahsheena Santos]