« (UPDATED) Be On the Lookout: Two Bikes Stolen Off Loleta Porch

Your Week in Ocean: The Ocean and You »

At This Point, Wouldn’t We Kinda Miss the BOOMs If They Ceased? 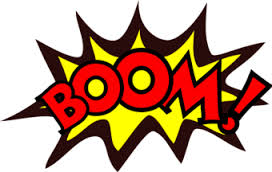 LoCO readers in Eureka took to our Facebook page a few minutes ago to let us know that they’d once again had the BOOM lowered on them. Sigh. To tell the story of this one, we will chronologically list the messages we received in the 10 minutes following the sound. Please note the wildly varying locations of the reporters and then maybe again abandon hope of ever understanding this annoyance:

9:55 p.m.: Just heard a huge explosion in Henderson Center. I think I’m getting tired of Humboldt.

What does it all mean? Meh. We’ll keep cataloguing these for future reference and under LoCO‘s loose “don’t act like something didn’t happen” philosophy, but really we just want to watch the DJ Jazzy Jeff and the Fresh Prince video below about now. Then bed.