« Helicopter and Law Enforcement in Benbow 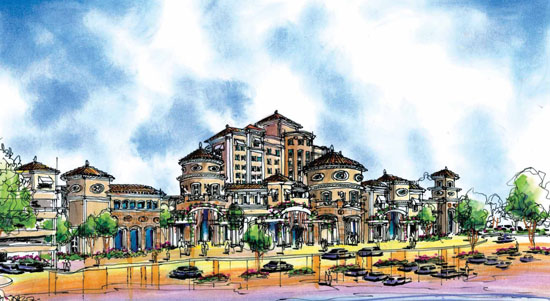 On Election Day, voters statewide will decide whether or not to ratify a pair of gaming compacts that would greenlight a big, new tribal gaming casino along Highway 99 north of Fresno, a project that would generate $6 million a year for the Wiyot Tribe.

Proposition 48 is a referendum on gaming compacts passed last year (barely) by the state Senate and approved by Governor Jerry Brown. The compacts would allow the North Fork Rancheria Band of Mono Indians to build a casino and hotel in Madera County, and as part of the deal the Wiyot Tribe would get an ongoing revenue stream in exchange for agreeing not to build a casino on the beautiful, environmentally sensitive land adjacent to the Humboldt National Wildlife Refuge.

So, passed by the Legislature, signed by the governor — why isn’t it law? Because an anti-gambling group called Stand Up for California, backed by a Wall Street hedge fund, filed a referendum to block the project, and opponents gathered enough signatures to put the matter before voters this November.

A little background: The relationship between the North Fork Rancheria and the Wiyot Tribe was formalized back in 2008 when then-Governor Arnold Schwarzenegger signed a gaming compact designed to give an economic boost to these impoverished tribes (not to mention a boost in state tax revenue) while also protecting sensitive natural habitats — the Humboldt Bay ecosystem locally and the Sierra Foothills near Yosemite in the case of the North Fork Rancheria.

But the deal proved controversial, largely because it would allow the North Fork Rancheria to build a casino some 36 miles from the tribe’s ancestral lands. Opponents (including legislators and casino owners/financiers) said this would set a dangerous precedent, potentially opening the floodgates for “off-reservation” casinos around the state. The North Fork Rancheria was made to seek federal approval, which President Obama’s Interior Department granted in 2011.

Now voters must decide if they’re OK with the deal. Major newspapers in the state have been publishing editorials both for and against Prop. 48. The measure is endorsed by Gov. Brown, the California Democratic Party and the California Labor Federation, among others, but proponents are losing the fundraising battle at a rate of more than 10 to one, with opposition led by the Table Mountain Rancheria, which runs a casino in Fresno, and a Wall Street hedge fund company called Brigade Capital Management, which is aligned with other tribes that don’t want competition.

Earlier this week the Sacramento Bee came out against the proposition, arguing that California already has “more than enough” casinos, especially considering that there are 71 groups seeking to establish tribes in the state.

A call to the Wiyot Tribe this morning has not yet been returned.

Below you’ll find a funding breakdown both for and against the measure. The analysis (and cool interactive widget) was produced by MapLight, a nonpartisan, nonprofit research organization that reveals money’s influence on politics. The numbers are based on data provided to the California Secretary of State’s Office.