[UPDATED With Photos] Woman Injured After Drunk-Driving Into a House, CHP Says » 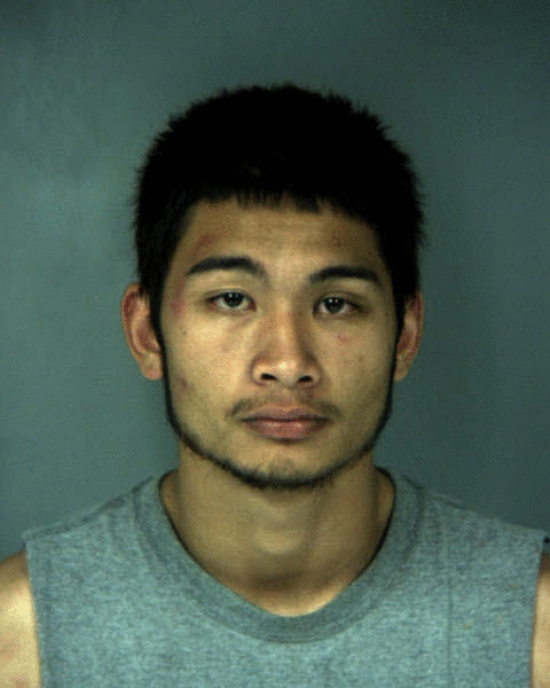 On Sunday, September 28, 2014, at approximately 12:23 AM, Eureka Police Department Officers were dispatched to an audible burglary alarm at a supermarket located on the 600 block of [Commercial] Street, Eureka.

Upon arrival, the first officer on scene observed a male subject inside the business carrying some type of object, possibly a large knife, in his hand. Additional officers responded, including a Police K9, and a perimeter was set up around the business. After confirming with a store representative that no employees should be on scene, officers made entry into the business in order to locate and apprehend the suspect, whom officers had since lost sight of. Officers found the suspect in an interior room attempting to gain access to a safe.

Officers announced themselves and ordered the suspect to get on the ground. The suspect failed to comply and fled. Demonstrating what was later described as “incredible agility and speed,” he managed to avoid immediate apprehension and escape the building. The suspect quickly outran pursuing officers. The Police K9, “Vex,” was then deployed. The suspect failed to outrun the K9 and was successfully apprehended a short time later on Pine near 7th Street. He was identified as 19-year-old Charlie Rivera Gibbons.

Gibbons was found to have various stolen items on his person, including a significant amount of cash. Additionally, officers discovered Gibbons had filled two shopping carts with merchandise in preparation of exiting the store with the stolen property. For security reasons, EPD is not releasing the means or location by which Gibbons was able to gain entry into the business. However, evidence uncovered at the crime scene indicates substantial athletic ability and agility was required.

Gibbons was transported to a local hospital for treatment of injuries sustained during his apprehension by the K9. He was then transported to the Humboldt County Correctional Facility where he was booked for burglary (felony) and resisting arrest (misdemeanor). While interviewing Gibbons, officers learned that he had reportedly been a highly ranked track and field athlete (Eureka High School) in the 200-yard sprint, which explained his agility and ability to initially outrun pursuing officers.