UPDATE, 3:51 p.m.: Friend o’ the LoCO Chris Barry was kind enough to share this video of part of the DTF’s long arrest. The blue car below had already been cleaned out, Barry said, and officers had moved on to this other vehicle: 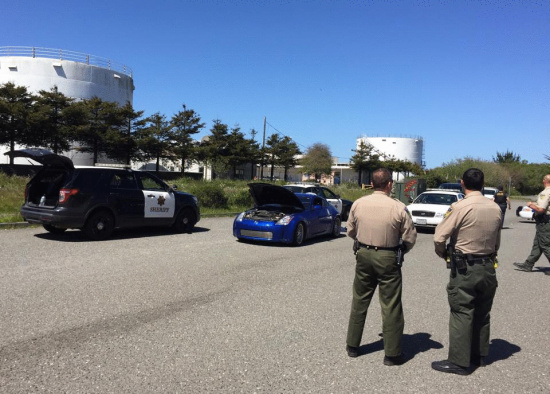 A large number of police officers attached to the Humboldt County Drug Task Force have been undertaking a high-profile search and arrest operation near the foot of Eureka’s Truesdale Street for the last hour or so.

Representatives of the Humboldt County Sheriff’s Office, the Arcata Police Department and the U.S. Marshals Service are at the scene.

According to a witness, law enforcement vehicles had been stationed at the location, which is near Shamus T. Bones restaurant and one end of the Hikshari´ Trail, for quite a while when, within the last hour, they sprang into action and stopped the blue car in the photo above. The witness said that officers held the occupants of the vehicle at gunpoint while they were pulled out of the car, one by one. A police K-9 unit was led around the vehicle, the witness said.

A detective at the scene said that he expected that more information — including the names of the people arrested — would be released tomorrow. 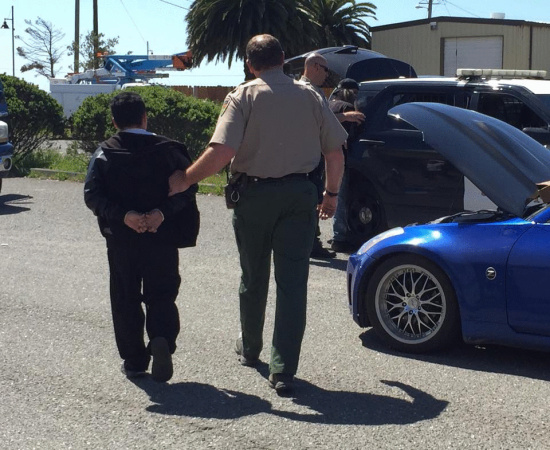 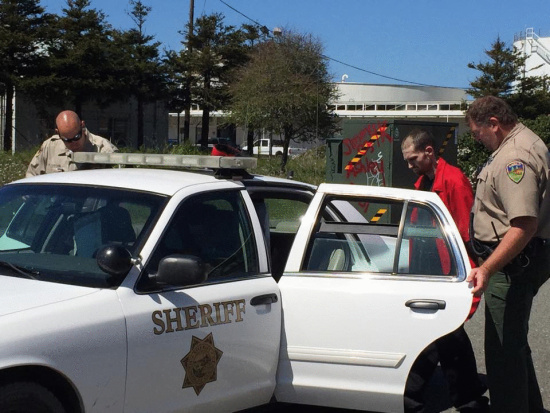