« Seven Arrested And A Whole Lotta Weed Seized in Eureka

Project Save Guido Avenue: How a Facebook Campaign About a Mentally Unstable Neighbor Brought Peace to One Fortuna Community »

LoCO had gotten word of a law enforcement foot pursuit occurring in south Arcata and was trying to gather information on it when, boom, it showed up visually in today’s edition of our daily Instagram battle (currently in the middle of the pack with 8 upvotes and 3 downvotes). The photographer described the arrest thusly:

We never expected something like that to occur within #HumboldtCounty when we launched it, but OK. More details in the Arcata Police Department press release below: 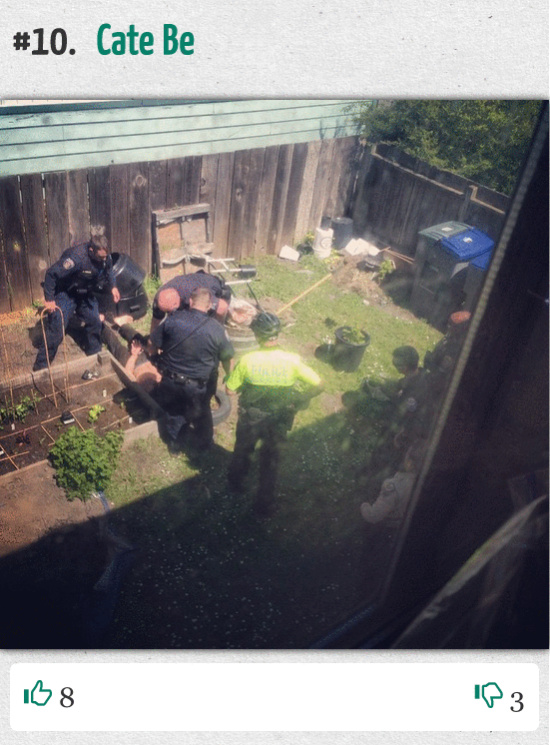 The arrest as it appeared on #HumboldtCounty

On 4/17/2015 at about 6:00am, the Arcata Police Department was notified by the Lincoln County Sheriff’s Office in Maine, that a subject wanted for an extraditable burglary warrant, Drew James Bibber (age 23), was in the Arcata area and associated with a converted yellow school bus.

At about 1:00pm, officers located the associated vehicle in the 1000 block of 5th Street and began surveillance of the area.  As officers entered a business in the area to check for the warrant suspect, Bibber exited at the same time and fled from officers when his name was called.

Without shoes, the suspect led officers on an approximate nine block foot pursuit, during which time officers traversed through the Arcata Marsh, across streets with heavy traffic, through a creek and several residential backyards.  Towards the end of the pursuit, the suspect managed to find an unaccompanied bicycle and fled on that as well. 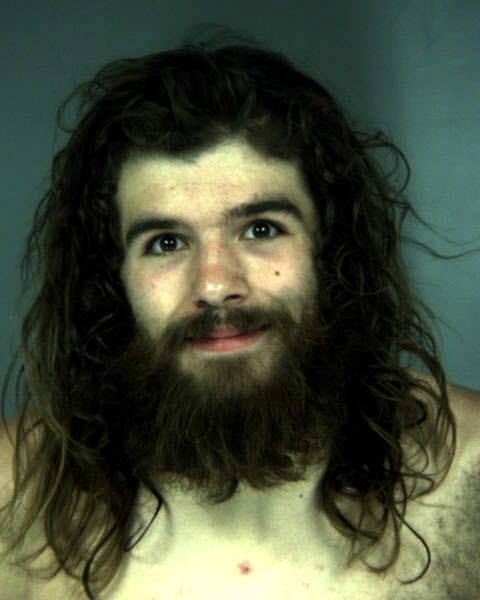 Officers were able to box in Bibber, who then jumped off the bike and fled on foot into another residential backyard where he was taken into custody at gun point.  The Lincoln County Sheriff’s department was notified and they have begun the extradition process of Bibber back to Maine.

The Arcata Police Department would like to thank the Humboldt State University Police Department for their assistance in the capture.  Additionally, a hearty thanks to the residents of Arcata who greatly assisted their police department by continuously updating officers with the location of the suspect as he fled.