Project Save Guido Avenue: How a Facebook Campaign About a Mentally Unstable Neighbor Brought Peace to One Fortuna Community 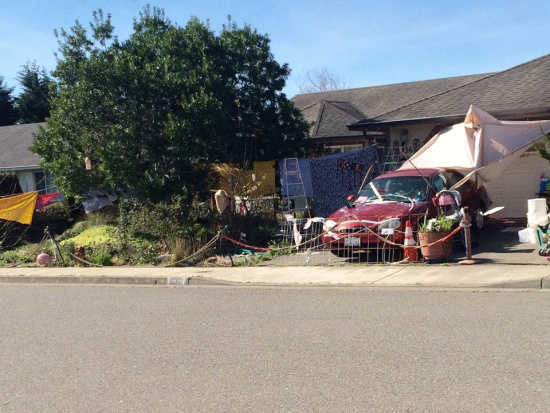 Up until last month, a peaceful and picturesque community in the friendly city of Fortuna had been a scene of great unrest.

One problem neighbor, who seemed to be suffering from mental issues, had dragged a whole block of suburban homes on Guido Avenue into chaos. She played chicken with cars, and spit on them. She flipped people off, pulled her pants down, watered the lawn with no shirt on, sprayed water into the street and issued blood-curdling screams late at night, telling people to fuck off. Her yard and the physical condition of her home were a catastrophe. The Fortuna police received over 100 phone calls about her in the last several months alone.

This woman’s neighbors tried all the proper channels to address the problem – the police, city officials, even the Fortuna City Council. Nothing stuck. The thing that finally solved their problems – at least temporarily – was a Facebook page.

Guido Avenue residents Sandra Morvan, Kari Palmer and Jana Campillo have all lived on the same street for over 10 years. In the last few years, though, Morvan changed.

“She would say things like ‘Eat your dog, bitch!’” Campillo told the Outpost recently. “She didn’t like me or Kari. She seemed to prey on the weak. She would get arrested and then come back after she was let out, and would be screaming, ‘I’m back!’”

Palmer has known Morvan for a long time and used to talk to her more. “We could have a conversation with no hatred,” she said, “but the last couple of years it escalated into hatred.”

Early last month, Palmer and Campillo shared their experiences on the Facebook page they had created. They called the page “Project Save Guido Avenue” and they made it out of desperation, in the hope that someone would do something about the neighbor who, in their mind, was destroying the community.

The first thing Guido Avenue residents had done to address the worsening situation in their neighborhood was to go to the police. Lieutenant Matthew Eberhardt from the Fortuna Police Department said that when the Guido Avenue residents’ problems with Morvan were brought to his department’s attention, the police did everything in their power to assess the situation and help.

“There was concern from neighbors about the resident’s property and the condition it was in, and we addressed it through city municipal codes,” Eberhardt said. Also, arrest records from the Humboldt County Jail show that Morvan was arrested three times in December 2014 and February 2015 and held briefly, each time, on disturbing the peace.

When those solutions proved, only temporary, Guido Avenue residents went to city government. The group contacted Fortuna City Manager Regan Candelario seeking some assistance. They said that Candelario told them to contact the D.A. or mental health service to deal with the problem. But with little to no knowledge about how to do that, the residents felt they were being left to fend for themselves.

“You’re getting more and more angry, or more and more scared,” Palmer said. “It got to a point that cops are fed up, but what are we supposed to do? We expect you to do your job, we went to the council because we felt we should should go to the city first.”

The residents of Guido Avenue went to two city council meetings to make their voices heard. When the group addressed the council it seemed as if the mayor and council members had little knowledge about the problems that had been occurring. Palmer and Campillo said that the city manager had not told the mayor about the problems they were having – that Guido Avenue was being treated as “out of sight, out of mind.”

Candelario shared his views on the situation in a telephone message.

“The city staff, our different programs and departments have done everything possible trying to address this situation within code,” he said. “Our city council has been excellent and supportive and the council definitely stepped up and made some efforts themselves to address the community. Other than that we’re going to keep doing what we can and stay on the topic, and hopefully get some support from other agencies, especially the county.”

Even after the two city council meetings the residents of Guido Avenue did not feel they were getting the proper support they needed to make a change. That’s when Palmer and Campillo started their Facebook group.

“It wasn’t until we had pictures and video on the website that people understood,” Palmer said. “We can tell people what’s going on, but until you show it they couldn’t understand.”

Once the Facebook page was up, it created a link among the community and gave residents a chance to share their thoughts and concerns about the problem they were all facing.

“We aren’t trying to paint a picture that she’s the enemy, but we caused a stir with her family,” Palmer said. “We were polite but put pressure on them. The neighborhood was in a state of emergency. The cops and family had to do their job. There was a fear, though, that she will eventually come back and hurt somebody or hurt herself.”

The police were aware of the page within 24 hours. Lt. Eberhardt said that the Fortuna Police Department took care to make sure that the group didn’t overstep their bounds and infringe on Morvan’s rights while expressing their frustration.

“People accused her of being crazy on social media,” Eberhardt said. “It had been an ongoing situation. We did everything we could to respect the rights of the neighborhood and the resident.”

But by that time, members of the group felt that the Facebook group was the only way they were going to see any change in the neighborhood.

“Some people said you are harassing her by posting videos, but we had to say that this had been going on for five years,” Palmer said. “The videos were only from three weeks ago, though. Imagine if we recorded everything.”

It worked. The page went up on March 2, and within 48 hours Morvan was in jail. She was arrested for breaking probation and disturbing the peace. Channel 3 News was on its way to do a news story about this situation after hearing about it at one of the city council meetings, and the police arrested Morvan 20 minutes before the news crew arrived.

Morvan is still in jail. Right now she’s being held on a felony charge for threatening a police officer. The district attorney’s office is awaiting a psychological evaluation to determine the best course of action. A hearing on her case has been scheduled for April 30.

District Attorney Maggie Fleming said her office has dealt with cases like this over her career — cases where mental health problems lead to criminal charges — and she said her first job is public safety.

“We rely on the court and their sentencing terms and conditions to determine the punishment,” Fleming said. “We always have to look at the victims’ and the defendants’ rights.”

Jail is not necessarily the answer that Campillo and Palmer were looking for, but they tried everything else they could think of to get some additional help from the city and county in this matter.

Morvan’s sister and daughter were contacted and they both declined to speak on the subject. They just hope everything works out well and everyone is happy.

What happened on Guido Avenue could be a sobering, maybe not so pretty, glimpse into the direction of democracy — change brought about by public pressure focused through cyberspace. But for now, the neighborhood is enjoying a return to the quiet its residents fought to get back.

“We’re not trying to be mean or bully anybody or call them out, but a lot of people weren’t capable, or doing anything, so we got fed up and had to step up,” Palmer said. “It’s cool, the power of the people thing.” 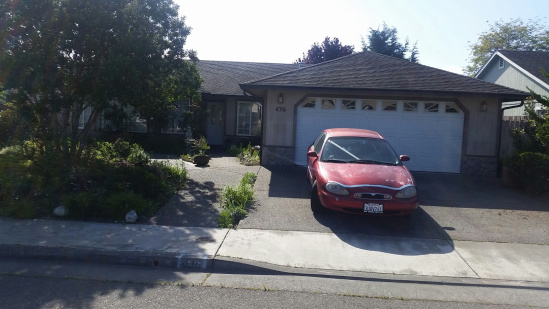