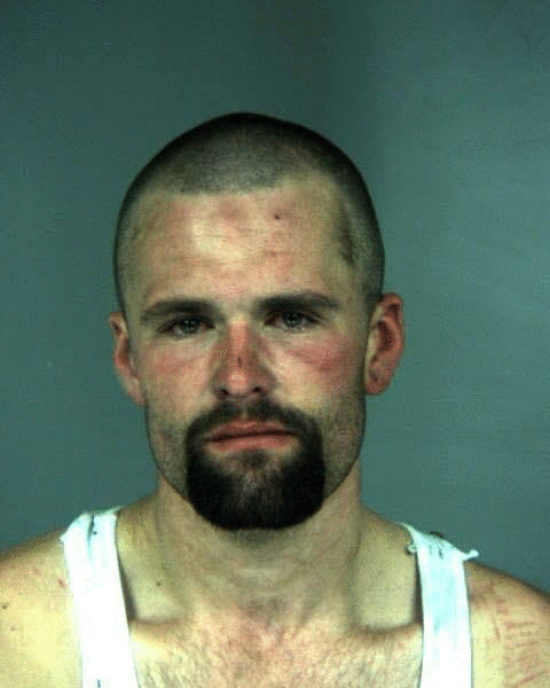 On Monday April 20, 2015 at approximately 7:30 am, officers from the Arcata Police Department attempted a traffic stop on 26 year old McKinleyville resident Robert Dale Ganfield Jr.  Ganfield was the driver of the vehicle and was wanted by the Arcata Police Department and the Humboldt County Sherriff’s Office for several warrants related to burglary, possession of stolen property, drug paraphernalia, vandalism and resisting arrest.

When officers attempted to stop Ganfield he jumped from the moving vehicle and fled on foot leaving a passenger in the vehicle as it coasted to a stop.  The passenger was briefly detained and released from the scene.

After a foot pursuit and with the assistance of the Humboldt State University Police Department and the Humboldt County Sheriff’s Office, Ganfield was located hiding in the brush at Shay Park in the 1600 block of Alliance Road.  He was taken into custody without further incident.

Ganfield was booked and lodged at the Humboldt County Correctional Facility for his warrants and fresh charges of: