Happy Easter! Your Power is Out » 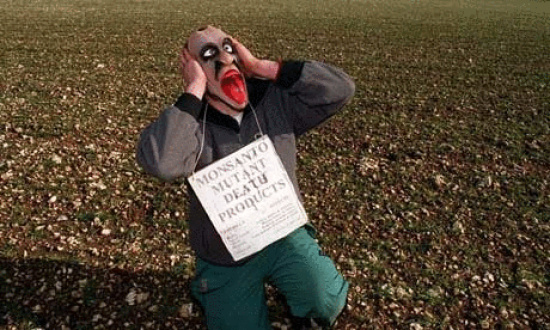 Well of course it’s not that simple, but let me rant against the demonizing of Monsanto and GMOs in general for a minute. The “anti-GMO” movement is an anti-science movement, since foods produced with genetic engineering have no more potential for harm than non-GMO foodstuffs.

Who says so? The American Association for the Advancement of Science, The World Health Organization, the American Medical Association, the U.S. National Academy of Sciences, the British Royal Society, the European Commission (part of the EU). These are the same folks who have been saying – for years – that global climate change is real and almost certainly (science doesn’t deal in certainties) caused by human activities. Seems to me that the same well-meaning folks who want to take a proactive approach to global climate change are the ones claiming Big Business (the M word) is conspiring to put GMOs in our food.

I suppose the easiest case to be made for GMOs is Golden Rice. I’m no shill for Monsanto – or for Syngenta, Bayer, Orynova or Zeneca Mogen. I mention these biotech companies, because collectively their patents and intellectual property made Golden Rice possible. Golden Rice (properly, Golden Rice 2) is a genetically modified variety of rice that produces beta-carotene in the endosperm, the edible part of the plant. And beta-carotene gets humans to produce Vitamin A. Which is good.

Why? Because Vitamin A deficiency (VAD) leads to blindness and the ability to fight infections. In Africa and India, in particular, VAD is widespread. Some 200 million children and 20 million pregnant women suffer from it. It’s responsible for about two million deaths annually (mostly in children) and half a million cases of blindness a year. It’s possible to counter VAD with injections and high-dose supplements, but it’s expensive and only partially effective. Much better to incorporate Vitamin A right in their basic foodstuff, rice. (Rice is the staple food for over half the world’s population.) Which is what Golden Rice is all about.

Originally developed in Switzerland and Germany, Golden Rice has been improved (mainly by Syngenta) – that is, its beta-carotene content increased – to the point where six ounces of Golden Rice 2 provide the Recommended Daily Allowance of Vitamin A. All the companies mentioned above provided royalty-free access to a whole raft of key patents to facilitate this. Got it? Monsanto – Big Bad Monsanto – gave away their technology to counter blindness and death in the third world.

Golden Rice 2 was developed in 2005. However, field trials are just now getting underway in Indonesia, Bangladesh and the Philippines. It’s a long and convoluted story, but most of the delay in achieving the humanitarian goal of providing Golden Rice to farmers and consumers is due to a vocal anti-science movement in this country and in Europe and Australia (including my once-beloved Greenpeace). In theory, GMO rice could be available to farmers in a couple of years, but activists may well delay this, as they’ve done in the past. These photos are from August 8, 2013, Bicol, Philippines. 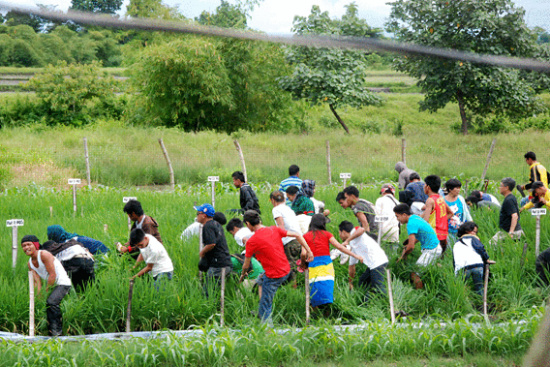 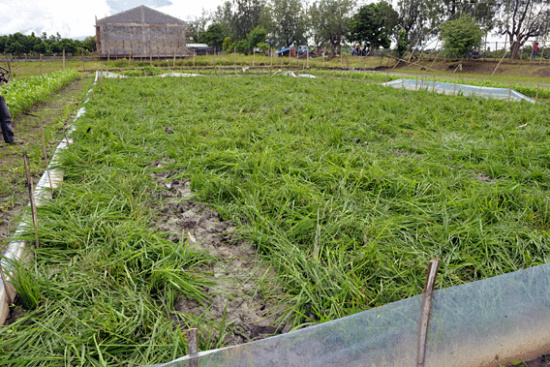 Here’s a couple of primers on the Golden Rice controversy: this one in the NYT; and this one on Slate. And here’s the mea culpa tale of former anti-GMO activist Mark Lynas – read this one if nothing else. I got most of my information from MIT’s Technology Review and from Scientific American, neither of which – OK, as far as I know! – is in league with Big Biotech.

(By the way, despite what you might have heard, GM technology has reduced pesticide use by 37 percent while increasing yields by 22 percent, on average, according to the most recent meta-analysis.)

My bigger point about the anti-GMO movement is this: It’s anti-science to insist on labeling GMO foods while ignoring (as in the GMO-labeling law passed last May in Vermont) animals that have been fed GMO crops, or, for instance, cheese made with GMO enzymes. Vermont’s law calls for labeling crops genetically engineered to produce Bt (an organic pesticide) while giving a pass to crops sprayed with Bt (environmentally, much more destructive). And on and on.

Scare tactics calling “science” into question (it ain’t perfect, but it’s the best way we’ve got to counter our mistaken intuitions about the world) encourages the crazies who insist climate change is a boondoggle, that vaccines cause autism and that evolution is a Satanic left-wing conspiracy.