Ehresman argued that county government, not an industry group, should be drafting rules to regulate cannabis cultivation, and he called for a variety of tighter restrictions, including a ban on pesticides, forestland conversion and new grow operations.

This morning CCVH issued a partial response to Ehresman’s critiques. The group says it will hold off on a point-by-point rejoinder until after the public comment period is over, but it takes issue with Ehresman’s jabs at the drafting process and reminds him about the excise tax ordinance also drafted by CCVH.

In its response the group refuses to relinquish the moral high ground. Waiting for the Board of Supervisors to enact land use rules for the industry could take another four years, the group says. “We do not honestly believe that Dan thinks that the best way to deal with the current and ongoing environmental crisis is to wait four more years. CCVH does not believe our watersheds can wait that long.” 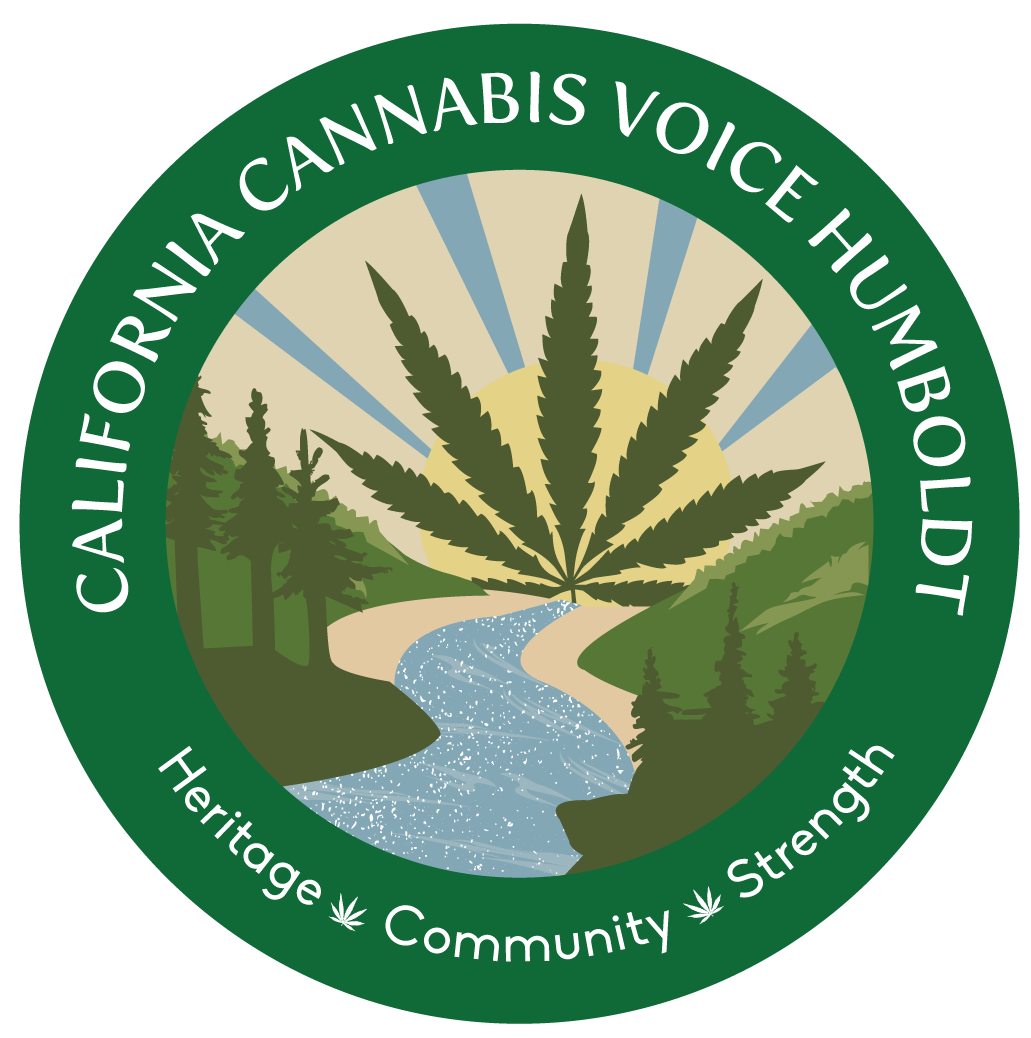 California Cannabis Voice Humboldt would like to thank Dan Ehresman, the Executive Director of the Northcoast Environmental Center, for taking the time to read and respond to our proposed Humboldt County Cannabis Cultivation Compliance Initiative. We appreciate the work that the NEC does on a day-to-day basis working to protect our environment here in Humboldt County; it is in part due to the leadership of the NEC that we live in one of the most pristine and beautiful places on the planet.

Throughout this process of drafting a model land-use ordinance to regulate medical cannabis cultivation and an Excise Tax Initiative while hearing concerns from Dan, we have been heartened to see that there is far more that unites us than divides us. We hope that this public dialogue inspires everyone to take the time to educate themselves on these two important documents and what they propose to do, what they propose to prevent and how we believe they can help mitigate the current environmental crisis while also ensuring a strong economic future for Humboldt County. We would also like to thank you for taking the time to read our initial response to Dan’s concerns. Crafting a regulatory framework which follows existing County and State law to regulate a multi-billion dollar industry, which no one has attempted to do before, is a very complex process.

Dan called for critiques of our Humboldt County Cannabis Cultivation Compliance Initiative (often referred to as our “land use ordinance” or “land use document”) in an open letter to the Board of Supervisors on the 4th of August. Over the next few weeks we will answer some of Dan’s concerns as succinctly as possible, but we thank you in advance for your patience as important legal issues such as these cannot be explained or summarized in one-liners or bullet points. As our public comment process is still underway, we do not want to fully respond to all Dan’s concerns until this process is closed. We will release a schedule on our website (www.ccvhumboldt.org) this Friday the 14th of August as to when our specific responses will be released.

Since the public comment period is still open, we’d like to take the time to address just two issues that are not directly related to the content of the Draft Initiatives themselves, so as to not influence the remainder of the comment period. They are related to taxation and revenues and a public process.

CCVH has released two Model Draft Initiatives. The first is the aforementioned land use document. The second is an Excise Tax document. We publicly unveiled this Excise Tax document to the Humboldt County Board of Supervisors on July 7, 2015, a meeting at which Dan was present. We do hope that Dan has made his organization aware of the fact that CCVH has put forward a Model Excise Tax proposal in addition to our land use document. In this proposal, the county would retain all of the revenue generated.

As currently written, this proposed Excise Tax would exempt non-commercial farmers under 600 sq/ft of canopy space from taxation, but would levy a $0.50 per sq/ft tax from 601-6000 sq/ft, and $1.00 per sq/ft for all farms above 6000 sq/ft. This tax would apply equally to all farms, regardless of their legal status. A mechanism is built in to this document to address trespass grows. CCVH estimates there are between forty and one hundred million sq/ft of canopy space in Humboldt County (roughly 900-2300 acres) currently under cultivation. This Excise Tax would also open the door to new enforcement and regulation mechanisms that haven’t been previously employed— tax enforcement. As the Board of Equalization reminds us, it is tax evasion (combined with the end of prohibition) that brought down Al Capone.

It is our hope that Dan will endorse the Excise Tax in its entirety. Generating revenues for local government is essential to creating solutions. Any new tax must be approved by the voters. 50%+1 is required to pass a tax whose revenues go unallocated to the General Fund. 66%+1 is required to pass a tax whose revenues are allocated for specific purposes. We have requested, and continue to request, that Dan join with us on this Excise Tax so that specific funding for environmental purposes can be achieved.

Now to the point regarding the public process Dan has raised. CCVH is not a governmental organization or public agency. The nature of the current crisis (which we will discuss more in our August 14th letter), combined with the high likelihood that the California Legislature will pass statewide regulation this September and that the People of California will legalize recreational adult use cannabis in November of 2016, served as the catalyst for our organizing efforts.

We find it relevant to note that the public process for the five-acre-and-under regulation passed by the Board of Supervisors stretched out over three years. A similar process for five-acre-and-up regulation could very well stretch out even longer. This would result in something potentially reaching the Board of Supervisors around August of 2018, and coming into effect for the 2019 cultivation season. This would mean waiting four more years before local regulations would come into effect​. We do not honestly believe that Dan thinks that the best way to deal with the current and ongoing environmental crisis is to wait four more years. CCVH does not believe our watersheds can wait that long.

It is for the above reason that CCVH has included a clause in our land use document— at Dan’s request​— providing the Board of Supervisors unlimited ability to amend the initiative after the fact. Ultimately, we do not believe that complaining about what hasn’t been done in the past contributes to future solutions. We as a community have to take full responsibility for our actions, including inaction. We believe the time for inaction has passed, and something must be done now. We can’t wait any longer.

CCVH too would have loved to have seen a model land-use ordinance dealing with cannabis cultivation already have worked its way through the public process. It hasn’t. We however do not feel that this reality should entirely disqualify individuals and community groups from proposing their own solutions to community problems. A society is strengthened when the community takes a seat at the table of governance. We would have applauded Dan for his efforts any time in the past had he proposed his own crafted legal document to the community for consideration.

Let us now be very clear about how public, transparent, and open our process has been. CCVH has held over 100 public meetings across the county in every watershed that have all been open to absolutely anyone willing to attend. These meetings have been advertised in multiple local media outlets such as the Lost Coast Outpost, North Coast Journal, Times-Standard, The Red-Headed Blackbelt, Emerald Magazine; on local radio stations such as KWPT, KHUM, and KMUD; and not to mention in our weekly newsletters and on our social media platforms as well. These have all been meetings advertised to the public and open to the public. There have been no cover charges, no membership needed to attend, to comment, or to join in.

CCVH has also been engaged with the Regional and State Water Board, the Department of Fish and Wildlife, and Cal-Fire, all from whom permits will be required for compliant farms according to our land use ordinance.

CCVH has worked closely with the authors of the three statewide cannabis bills (Senator McGuire, Assemblymember Wood, and Assemblymember Bonta) in drafting regulations as well as hosting a number of tours bringing them to Humboldt County. In May CCVH hosted the Lieutenant Governor of California, U.S. Representative Huffman and members of the Steering Committee of the Blue Ribbon Commission on Marijuana Policy in a groundbreaking discussion of local and statewide cannabis regulation. This significantly influenced their understanding of the small working cannabis farms that make up a backbone of the Humboldt economy as was evident in the repeated mention of small farmers in their long-awaited Pathways Report.

CCVH has hosted Board of Equalization members Fiona Ma and George Runner in similar visits to Humboldt County with following discussions regarding cannabis regulation. CCVH has had discussions with the NEC and Environmental Protection Information Center early on in our process of drafting this model land-use ordinance.

We bring this up to make it abundantly clear that we are anything but a group that operates in the shadows and away from the public eye. We have constantly reached out, as is now clear, to local organizations, individuals, public entities and agencies, and legislators; the vast majority of whom are far removed from being involved in the cannabis industry. We have been far from insular in our outreach, as is also now clear, and therefore find insinuations that we have avoided public input to be completely without any merit whatsoever.

If Dan wants a “truly public process,” that is not something that by definition a nonpublic entity can provide. That would constrain the potential that community organizations such as the NEC, Humboldt Baykeeper, and CCVH could offer to the community. We fully believe that private citizens and organizations deserve a fair seat at the table when determining the future of our community.

Again, we would like to stress that we strongly feel that there is more that unites us with the NEC than divides us, and to show our solidarity with the NEC we are proud to announce that we will be joining them on International Coastal Cleanup Day at Houda Point on September 19th. We sincerely thank them for their leadership and efforts to organize such an important event here on the North Coast. If you would like to join our cleanup team, please email us at info@ccvhumboldt.org.