LoCO ON THE POT: What Color is Your Wristband?: Reggae on the River 2015 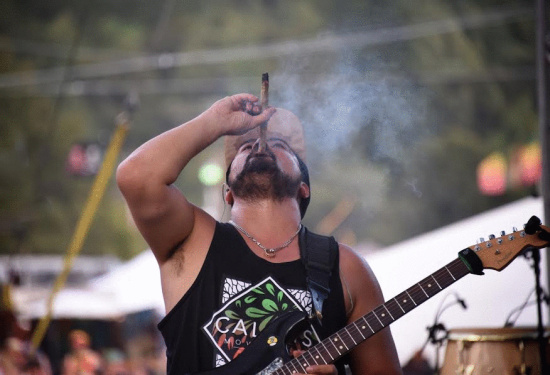 The Mateel Community Center’s 31st Annual Reggae on the River is happening right now at French’s Camp in Southern Humboldt. It started last Thursday and runs through today. Meanwhile, there are active wildfires in Humboldt County, namely the Humboldt Lighting Complex fires in SoHum. According to a KMUD News Facebook page update from this morning, the fires have consumed 2,300 acres as of 7 a.m.

But the Reggae on the River juggernaut goes on — neither thunder nor lightning nor wildfires nor low flow river conditions can stop it. Reggae is a huge deal, and the hubbub around it makes SoHum even more bananas than usual. There’s this SoHum Reggae joke that goes something like… “There are only two seasons in Southern Humboldt — before Reggae and after Reggae.”

(Gotta throw in another Emerald Triangle jest I keep hearing lately: “These days, summer is more like four or five seasons…” Like, people are probably harvesting weed five times in the summer season alone (before fall even hits) because of their light dep operations.) 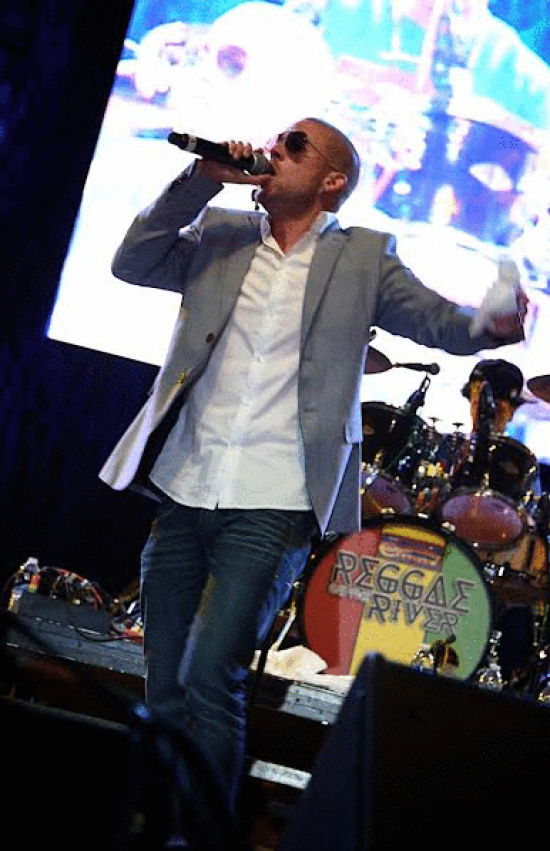 It’s true, Reggae is an institution in these parts. Local businesses like Persimmons Garden Gallery, The Branding Iron and Amilias have limited hours or are closed altogether this weekend because of Reggae. Other businesses around town are sporting windows with red, green and gold flair in honor of the event. Reggae tourists are everywhere.

Most local folks I know do not actually pay cash to attend ROTR. Instead, they work the event in some way in exchange for admission — as vendors, volunteers, performers or press people. For example, I know a woman from Eureka that is working four 12-hour shifts for a local security company as a way to attend the event and to make some cash too.

Just one local person told me she outright bought a $250 4-day ROTR ticket. But when I ran into her on Friday night in the concert bowl, she proudly announced that she wound up getting in for free by piggybacking on a group of local performers. She scored a backstage pass too. She was able to recoup her $250 investment by selling her original ticket in front of the venue, with little effort. 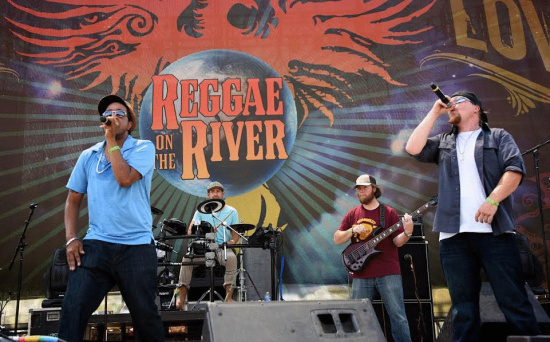 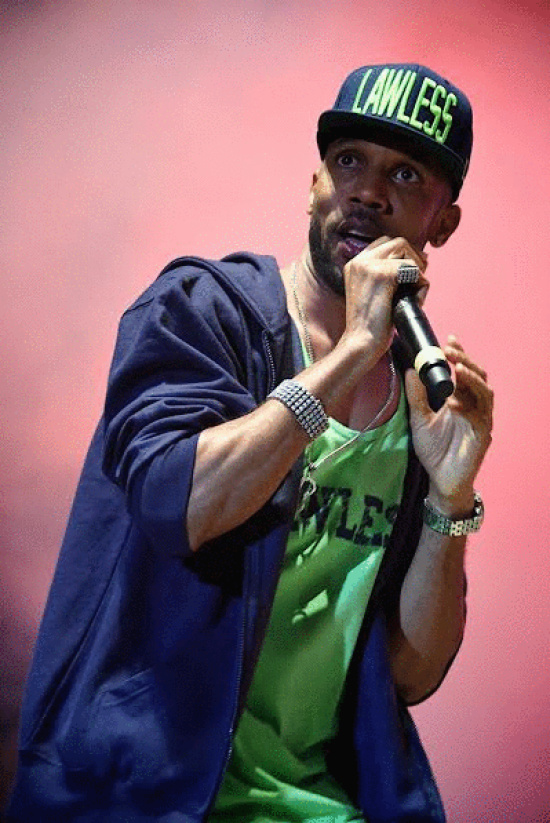 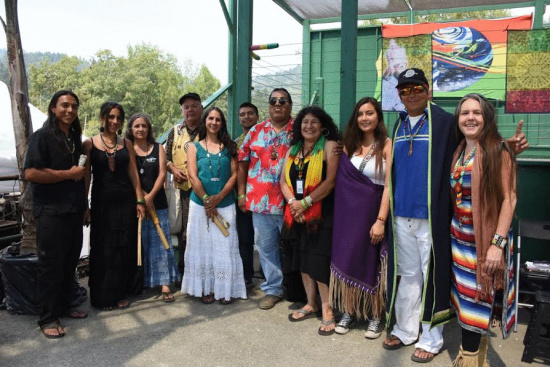 I met this guy named “Woes” on Friday night. He is a very friendly fellow from Los Angeles. As I savored the aroma of his Dolce & Gabbana cologne, he told me that he paid the $250 cost in lieu of getting a ticket in exchange for some kind of work. Woes is making ROTR a legit vacation. He is a rapper, and when I asked for a sample of his work, he launched into a rap right then and there. I talked to two other people that paid for single-day admission tickets too — people do pay. 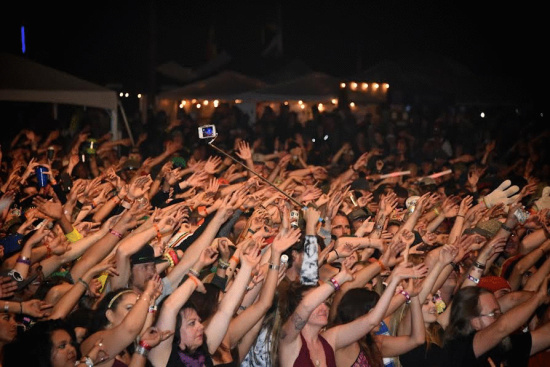 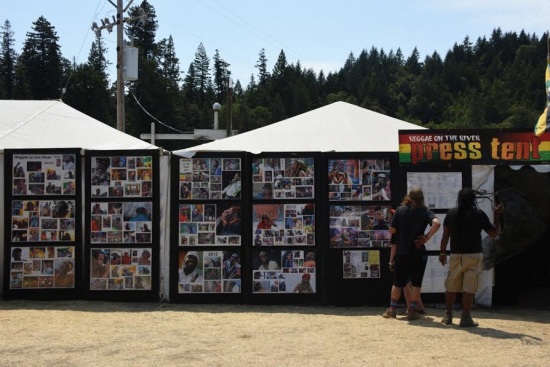 There are many different levels of admission to the Reggae event. It’s like a social hierarchy, and the wristbands and laminates people wear indicate their class. As for me, I got a press pass. So when I checked in at the media table on Thursday night, I received a two wristbands — a light purple one for backstage access and blue with yellow bubbles for my press pass.

And then there’s laminates too. One SoHum friend has a “Property Owner” laminate — she owns property that is part of or adjacent to the ROTR site. I saw Sponsor, KMUD Press tent and “Emcee” laminates; Backline Coordinator, Critical Incident Team and straight up “All Access” laminates. It’s like a big wristband-laminate soup at Reggae. 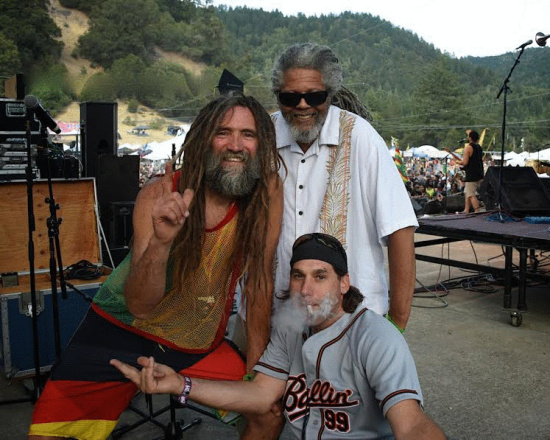 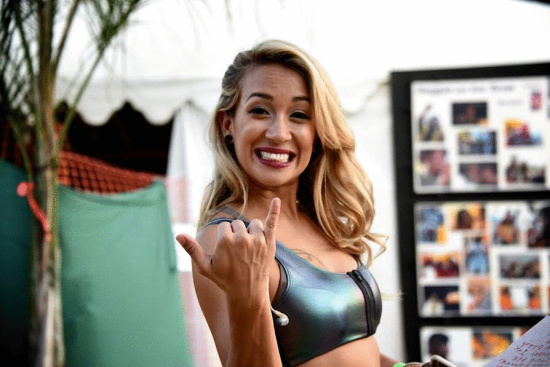 I assumed my backstage/press wristband combo would afford me access to every corner of the ROTR venue. Not so. I was stopped at many points on my ROTR journey with stern “WRONG WRISTBAND” admonishments. Like, I couldn’t get into the VIP Ambassador Lounge, which has leather couches and a bar hosted by the folks from the Brass Rail. (Well, I did get in eventually, but it took like four tries.) No “Ambassador” wristband? No VIP Lounge.

It’s all good though. I am grateful for my press access — it’s like upper-middle-class ROTR status, and that’s huge for me. And aside from the fascinatingly complex social strata at Reggae, I have to say the music is excellent and there are definitely a lot of people are there this weekend. 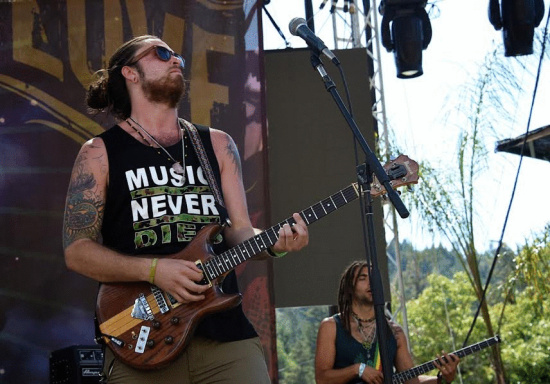 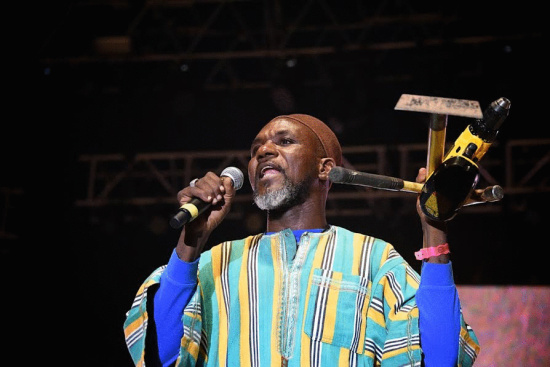 Indeed, the crowd is thick with festival circuit types, tattooed and tanned to a crisp. Partying is prime — there’s lots of alcohol available and plenty of weed to be found. (I got hooked up with some stellar Durban Poison backstage.) People eat psychedelics at Reggae. People also bring their kids. I saw many toddlers and babies, right there in the concert bowl crowd. Shit’s wild.

As I walked around the concert bowl on Friday night, with dusty trash underfoot and wasted familiars and strangers surging around me, I tripped out on the massive stage right there on the bank of the South Fork Eel. I watched the rainbow light show pulsing along with the Collie Buddz show and I wondered: Do other community centers put on shows like this?

SoHum is a trip.

Big thanks to the folks at the Mateel for having me at Reggae this weekend. And double-big thanks to Agnes Patak for contributing photos, especially for sharing her most epic shot of Rod Deal performing at ROTR in 1995 (below). 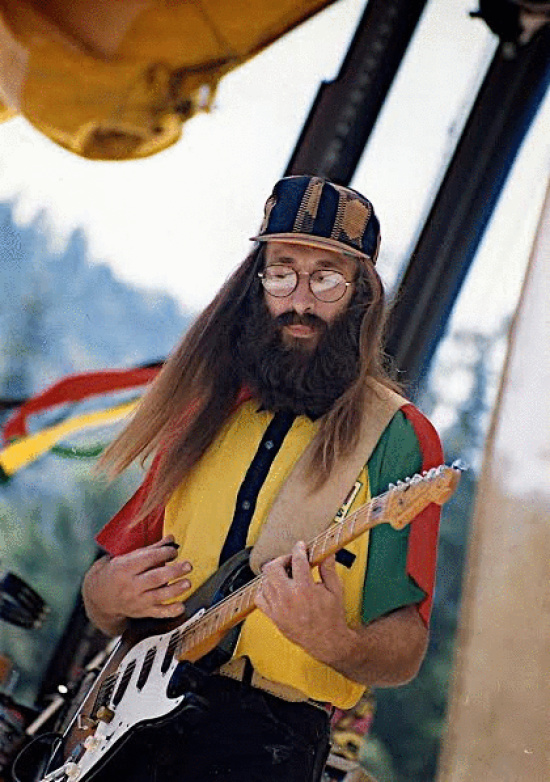