« LoCO ON THE POT: What Color is Your Wristband?: Reggae on the River 2015 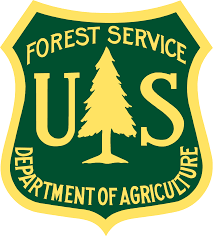 After four years of drought and recent dry, hot weather, forest vegetation is extremely dry, resulting in rapid and large fire growth. Firefighters are seeing extreme fire behavior in many parts of the forest.

Mad River Complex – Mad River Ranger District: The Mad River Complex is a group of fires that are located within the Mad River Ranger District of the Six Rivers National Forest. After the initial lightning storm moved through the area on July 30th, firefighters responded and detected 25 fires. Multiple fires were contained early and others continued to grow as they were found to be inaccessible. Five fires remain and are the focus of the current containment efforts.

Currently, there are five fires within the complex totaling just under 11,000 acres. The Gobbler and Pickett fires are on the north and south end of Ruth Lake. The remaining fires include the Buck Mountain Fire, the Lassic Fire, and the Tierney Fire. These fires are around the communities of Mad River and Dinsmore.

The Type 2 IMT, led by Incident Commander Norm Walker, is establishing a base camp in the area. The team and over 300 firefighters are battling the fires. Additional firefighters will be arriving today and assist in the efforts. Firefighters will provide structure defense around homes in the Ruth Lake Area and building containment lines around the fires. Fires closer to properties will be the priority of today’s effort.

Gasquet Ranger District: There are 6 active fires. The Go Fire is now in patrol status, having been contained at 0.15 acres. The Divide Fire has a line around it and is about 3 acres. The Bear Fire has burned about 50 acres and is about a mile from the Bear Basin Butte Lookout and Pierson Cabin. The Paw/Paw 2 Fire has burned approximately 5 acres in the Siskiyou Wilderness. The Coon Fire has burned approximately 60 acres and is 10 percent contained. Acreage for the Marlow Fire, near the base of Buck Mountain, is not yet available. More engines and crews have been ordered and are on the way.

River Complex – Lower Trinity Ranger District: The River Complex, burning north of Highway 299, is made up of 18 fires on the Six Rivers and Shasta-Trinity national forests. With the potential for new starts, and as fires grow together that number is expected to change. Estimated acreage is now 3,182 acres. Most of the fires are burning within the Trinity Alps Wilderness. The Type 1 Incident Management Team (IMT) Incident Command Post (ICP) is at Veterans Park, in Willow Creek. The incident commander is Mark Vontillow.

Firefighters are focused on preparing and defending structures near Denny, Dailey and Hoboken. They are also maintaining access into Denny after a large tree fell across Denny Road last night. There are many hazard trees throughout the fire area posing a danger to firefighters and motorists.

Voluntary evacuations are in place for residents of Hoboken, Dailey, Denny and some residents along the Denny Road. The Denny Road was closed after a large tree fell over it last night. Firefighters are clearing the tree today for access.

Smoke has decreased visibility across many areas of the forest. Smoke conditions may limit visibility on local roads and highways. Motorists are urged to use caution when travelling in the forest due to the smoke hazard and the potential of firefighters working along the roadways.

To date, there have been no firefighter injuries reported.

The National Weather Service has declared a Fire Weather Watch and Red Flag Warning over the area. Temperatures are expected to be in the low 90s, with relative humidity at 20 percent and winds out of the southwest at 5 mph.

With a chance of scattered thunderstorms and dry lightning, firefighters are prepared for initial attack should the need arise.