« LETTER FROM ISTANBUL: Attack on Dolmabahçe

WALKING HUMBOLDT: Piece by Piece, the Humboldt Bay Trail is Coming Into Existence »

Seems anyone who spends time south of the Rio Grande has their own version of how the (marginally pejorative) word gringo came about. The term is ambiguous. For instance: 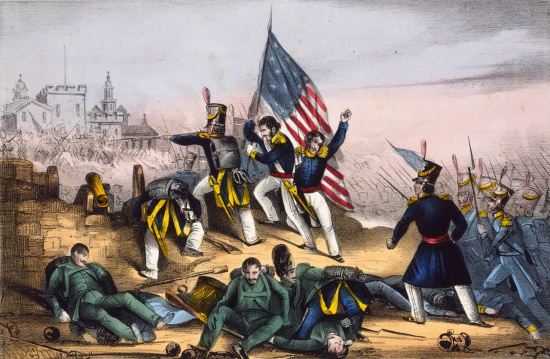 The most popular origin of the word is that Mexicans heard US troops singing the traditional British ballad “Green Grow the Rushes, Ho” (not to be confused with Robert Burns poem of nearly the same title) during the Mexican-American war of 1846-48. (In some versions, it became the pejorative term for captured soldiers who sang as they marched through Mexico City in September 1847.)

From the same era: Mexican soldiers at the Alamo heard Irish troops who had enlisted in the U.S. Army shout out the battle cry, “Erin go bragh!” (Or maybe they were fighting on the other side: St. Patrick’s Battalion consisted of Irish and German Roman Catholics who switched allegiances from their mostly Protestant commanders. The story is that their leader, Captain Jon Riley of County Galway, often gave voice to the “Green Grow…” song.)

Or again, maybe it was General Pershing’s US troops trying to track down Pancho Villa (see Growing Old Ungracefully 1/18/15) in 1916-17 who were the ones warbling the old song. This doesn’t hold up, however, since gringo was recorded much earlier by John Woodhouse Audubon (son of the artist) while in Cerro Gordo in the late 1840s: “We were hooted and shouted at we passed through, and called Gringoes,” he wrote.

But in 1787, long before the Mexican-American war and Audobon’s experience, a Castilian dictionary published in Malaga (Spain) noted that “…foreigners who have a certain type of accent which keeps them from speaking Spanish…” were referred to as gringos.” Thirty years later, under the entry for gringo in his Nuevo diccionario francés-español (New French–Spanish Dictionary, 1817), Antonio de Capmany writes, “…hablar en griego, en guirigay, en gringo” (…to speak in Greek, in gibberish, in gringo.)

Leading to another popular derivation, from the Spanish word for Greek, griego, the idea being that “Greek” was synonymous with gibberish (or any language one didn’t understand). In Shakespeare’s Julius Caesar, Casca says, “…those that understood him smiled at one another and shook their heads; but for mine own part it was Greek to me.”

Or how about this: the Romani people of Spain and Portugal speak Caló, whence the lovely word peregrino, meaning wayfarer, stranger or pilgrim; walkers on the Camino de Santiago across northern Spain are peregrinos. Stranger = peregrino = ’grino = gringo??? 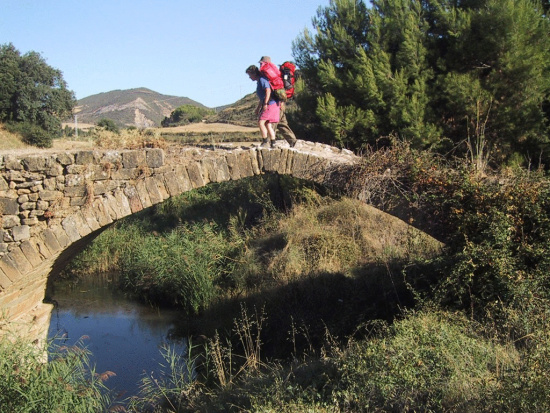 Here’s another version, from Puerto Rico (currently in the news because of its failure to repay its debt—grant it statehood, already!). The 3rd Cavalry, once stationed on the island, wore pants with green stripes: “Green-go!” was painted on walls at the time. Maybe.

We can get even sillier. The British building railroads in Brazil in the early 1900s explained to locals how traffic lights worked: “Red-stop, green-go.”

I’ve got more, but it’s time grin, go and stop.