RAIN! Humboldt, You Will Be Rained Upon Tonight » 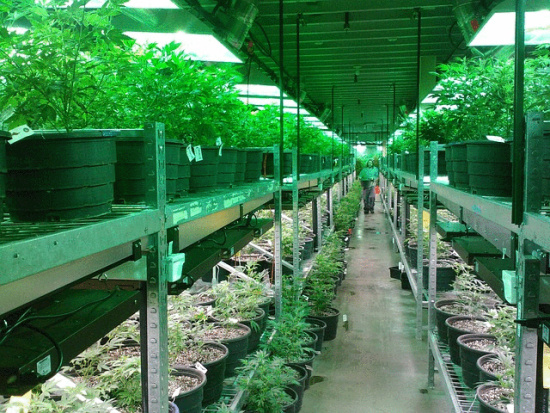 There were three medical marijuana-related bills wending their way through the California Legislature this term, and in a strange last-minute maneuver yesterday, just before the end-of-day deadline for deciding which bills will be taken up before the end of the legislative season, the content of those bills was deleted. Each of the bills was then given placeholder language saying, “It is the intention of the state legislature to regulate medical marijuana.”

The upshot of this is that the stakeholders from those three separate bills will now sit down with people from Governor Jerry Brown’s office to craft language for a unified bill in hopes of getting it passed in the Senate by Sept. 7. Those stakeholders include our state senator, Mike McGuire, who authored SB 643, and and our state assemblymember, Jim Wood, who authored AB 243. The third bill was AB 266, co-authored by four different assembly members.

SB 643 and AB 266 both aimed to establish complete statewide regulatory control over the medical marijuana industry, now in its 20th year here in California. Wood’s bill, meanwhile, was geared toward watershed protection on the cultivation end of the market and included an excise tax proposal.

Paul Ramey, a staffer in Wood’s Sacramento office, said the three bills overlapped and contradicted in some places. And, importantly, the governor’s office has begun to engage in the process. “What specific policies [the governor’s office is] interested in we’re waiting to see,” Ramey said. “But the fact that they’re ready to come to the table, we’re taking it as a good sign for something to get done this year.”

Wood himself had this to say about the latest developments:

Almost 20 years since the passage of Proposition 215 the Legislature and the Governor are very close to consensus on regulating medical marijuana. There are still a lot of moving parts. As we move into the final days of the legislative session, I am working closely with the Administration to finalize the components of AB 243 so we can ensure this important legislation will be enacted. AB 243 provides a critical component in the overall regulation of the cannabis industry by creating a funding source to address the environmental devastation that is occurring in our forests and watersheds.

The East Bay Express reports that they’ve had a look at draft language from the governor’s office. Here’s part of what’s in it, according to the report:

Farms are capped at one acre, or 20,000 square-feet. Deliveries would be allowed, but only if tied to a physical dispensary. Farmers could process or extract, but can’t retail pot. Retailers could extract or process their own products, but couldn’t own the farm. Transporters would be separately licensed and independent.

The Outpost will continue to track this bill through next week and report on its fate.

[CORRECTION: An earlier version of this article stated that the three bills have been merged into one. Though that is not yet the case, technically, the text of each bill has been changed to the same placeholder sentence, and the intent is to merge them into one single omnibus legislative package. The Outpost regrets the error.]