THE WEED SOCIALITE: Getting Down With the Cannabis People at the 2015 Emerald Cup! 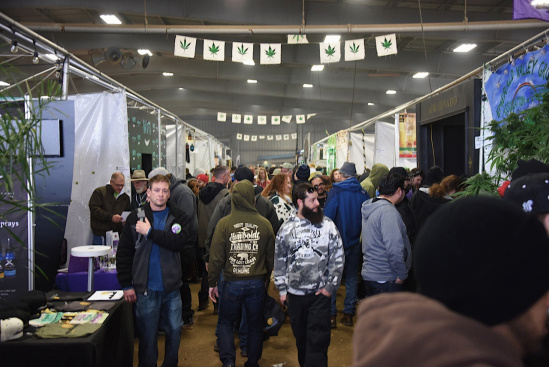 I am back in Humboldt County after spending this past weekend at The Emerald Cup, the most furious, frenzied and frenetic cannabis exposition in NorCal. The Emerald Cup is a yearly festival that originated here in the Emerald Triangle over a decade ago. For the past three years the event has been held at the Sonoma County Fairgrounds in Santa Rosa, a move to accommodate the already huge and still-growing interest in the cannabis industry.

The Emerald Cup is a contest, too — an outdoor cannabis competition featuring flowers, solventless concentrates, edibles, tinctures and topicals categories. This year the Emerald Cup required a $250 cash payment along with each entry to cover each entrant’s VIP ticket to the event proper. That’s a new thing: One flowers judge told me the entry fee served to narrow the playing field a bit. The Cup received 430+ flower entries this year, down from a gazillion last year. Mean Gene from Mendo took first place in the flowers category with their Cherry Limeade entry. You can find information about the other contest winners here, whenever Emerald Cup staff gets that info posted.

All those winners are announced at the massive vendor fair/concert/educational event that went down this past weekend. I will testify to the massiveness of the event. It was enormous — biggest Emerald Cup ever. This Press Democrat story says the it drew more than 21,000 — up from about 13,000 last year.

The Sonoma County Fairgrounds venue encompasses a large area, and it seemed like the Emerald Cup took up more space than ever, spreading into the far reaches of the grounds. Seriously, this year the 215 MMJ zone (the cannabis consumption locale) was in the Lyttle Cow Palace — it’s an arena, you know, for livestock competitions. It was like Eau de Barn mixed with dank dab smoke in there.

It was quite a trek from the front of the fairgrounds all the way to the back where the 215 area was. A great deal of the event was outdoors and the weather was blustery and cold, but still I saw that all parts of the fairground were consistently crowded. Everywhere I went was bustling, from the VIP tent to the 215 doctor recommendation area to the educational halls to the vendor zones. Even the program guide is big and crowded, coming in at a hulky 56 pages.

But lots of people means lots of traffic. One person told me it took 45 minutes to get in to the front gate, then another two hours of waiting “on line” to get a 215 wristband. You couldn’t get into the 215 area without a wristband that signifies your 215 paperwork has been verified. The 215 area is where everyone wants to be — that’s where you smoke. But instead of being able to have their 215s checked at the entry gate, attendees had to wait in a whole separate line once they got inside the event. And on Saturday that line was so big, titanic even… Probably a quarter mile long at times.

Someone else told me that they waited for about two hours to get a 215 recommendation. (You can do that at the Emerald Cup too.) When I spoke with her, she was headed to wait in the titanic 215 wristband line. Word to the wise: Get your 215 before you go to the big weed festival.

For me, the crowds of unfamiliar faces at the Cup serve to bring me closer to my already established friends in the industry, people that I like but I don’t necessarily communicate with on a regular basis, some from the Emerald Triangle, others from beyond. It is so great to see a familiar face in a sea of strangers, such a good way to bond.

And bond I did: My traveling companions were the crew from the Emerald Magazine, which is now cannabis-centric. (You can catch my regular “Pot Talk” column in its pages.) When we arrived at the event, we stood in the media will call line with Beth Bosk from the New Settler Interviews publication. It’s like, when do I ever get to chat with her? Never. Some Emerald Triangle media camaraderie…

Speaking of Emerald Triangle media, I saw Chris and Monica Durant from Savage Henry Magazine at the Cup. They were working the event, handing out mags, meeting people. My videographer buddy Tone G was all up in it at the Cup too… He was getting material for his Wax Tracks TV venture. That guy dabs. I ran into Kellie Butterfield Dodds from the Cannabis Film Festival. So many niche roles in cannabis these days.

The few Area 101 and Healing Harvest Farms people I saw all seemed crazy busy, so I didn’t talk to any of them really, save for event publicist Yvonne Hendrix and photographer Kim Sallaway. I did get a chance to bullshit with Lito and Lorenzo from the Mendocino-based Happy Day Farms collective — we caught up over bongloads of their Grape Drank. Jonathan Gilbert from Emerald Family Farms hooked me up with some dank Cherry Pie indoor when our paths crossed. I’ll write about his weed for the upcoming indoor issue of the Emerald. I had a brief stop-and-chat with Aaron Morales from Sun Kissed Farms and the Mecca Cup too. 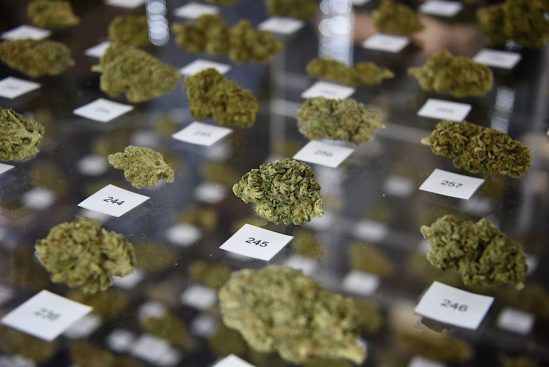 I made new friends with Leo from Shine on Farms in Mendocino County. Dude hooked me up with a nice sample of a strain called “Nigerian.” Kevin Jodrey and Pedro from Garberville medical marijuana dispensary Wonderland Nursery warmed me up with their humor in the VIP tent. Those guys are the best. The Fired Up Lawyer Lauren Vazquez was there, she’s an old friend that I only ever seem to see at cannabis events. I almost got to hang out with Bay Area cannabis connoisseur Rick Pfrommer.

The Bud Sisters booth in the main not-215 vendor hall was my homebase throughout the event. And it was there I ran into California NORML Deputy Director Ellen Kompf and also this guy Colin that was my roommate back in 2002 when I went to Cal Poly. I haven’t seen him since aught-two, and there he was at the Cup hanging out with Wendy Read, the cannabis educator from Mendocino County.

Dopey from the “Dopey’s Dungeon” show on our local KMUD community radio cruised around the event with me on Sunday. We enjoyed samples from 215 vendors that did not require paperwork. Some collectives require you to register (give your name, address and signature) before giving you a dab, joint, nug or edible sample. Others don’t, like the Peace in Medicine booth, for example. It was just step right up and do a dab at their little dab bar… And they were offering Moonshine Melts and Aficionado rosins. 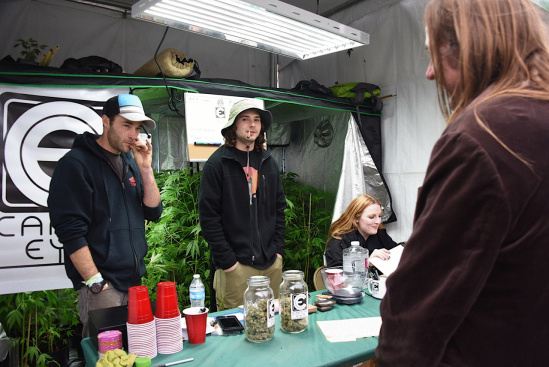 Beyond the courtesy free samples, a lot of collectives were doing serious business there in the 215 area, slanging seeds, flowers, dabs, topicals, accessories, clothing, all of that. Vendors really were working their asses off. Swag bags were chock full of giveaway and purchased products. It is truly mind-blowing to see a cannabis market of this scale.

I didn’t watch the music, didn’t see the awards, didn’t do the all out cup-craze thing. But I did get to bond with some great people and I got to check out some new and different products and strains. I did have a wonderful time.

The cannabis industry has changed so dramatically even in the last five years — it’s blown up. Congratulations to all the folks in the Emerald Triangle that are either keeping up and/or leading the way to innovation and success. I hope you had a good time at the Emerald Cup this weekend too. 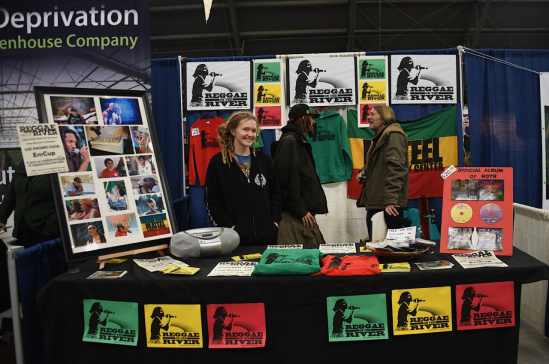