This just in: a game-changing announcement from California Assemblymember Jim Wood.

In a letter sent out to cities and counties across the state today, Wood says that, contrary to widespread understanding, there will be no deadline for local jurisdictions to enact their own regulations governing medical marijuana cultivation. 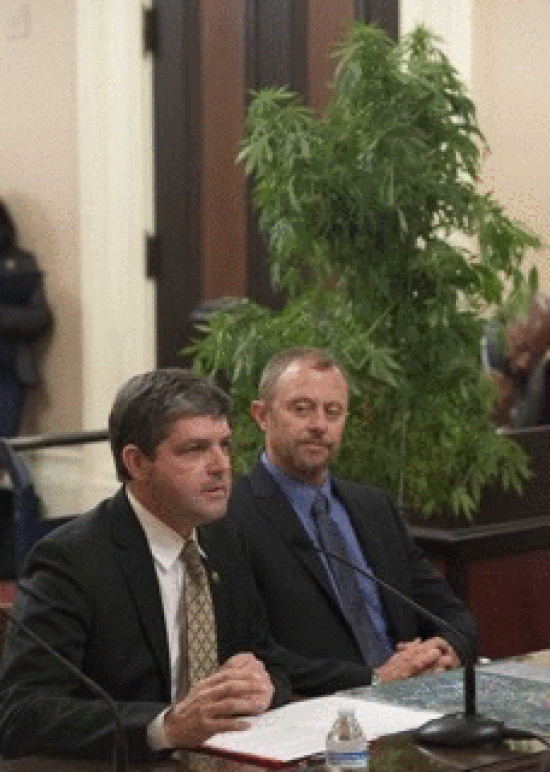 Like many other county governments in the state, Humboldt County has been scrambling at a breakneck pace (for government, anyway) to craft a Medical Marijuana Land Use Ordinance (MMLUO) before March. That’s because Assembly Bill 243, the Medical Marijuana Regulation and Safety Act (MMRSA), which passed the state legislature back in September, explicitly says that’s what local governments must do. Here’s the pertinent section:

If a city, county, or city and county does not have land use regulations or ordinances regulating or prohibiting the cultivation of marijuana, either expressly or otherwise under principles of permissive zoning, or chooses not to administer a conditional permit program pursuant to this section, then commencing March 1, 2016, the division shall be the sole licensing authority for medical marijuana cultivation applicants in that city, county, or city and county.

Wood, who authored the bill, now says that he had no intent to include the deadline in his legislation; he attributes its appearance in the bill to “an inadvertent drafting error.”

As soon as the Legislature reconvenes in January, our state assembly representative says, he plans to pass urgency legislation striking the deadline. And his letter seeks to assure local governments that he has bipartisan support for doing so.

“Even if my urgency measure is not signed until after March 1st,” he writes, “the Bureau of Medical Marijuana Regulation (BMMR), the entity responsible for developing the State’s regulations, currently exists on paper only. It will be many months before the Bureau has the capacity to develop and enforce statewide regulations.”

In other words, local governments are being told to ignore the letter of this new state law because a) it has a big ol’ mistake in it, and b) the state will be in no position to enforce that mistake even if it wanted to.

While medical marijuana has been legal in California for nearly two decades now, state lawmakers didn’t get around to passing industry regulations until this past September, in the 11th hour of the legislative session. The rush, motivated by the likelihood of full, voter-approved legalization for recreational use next year, made for a frenzied process and some bizarre legislative gymnastics. A three-bill package was put together at the last minute and signed by Governor Jerry Brown on Oct. 9.

In response to an email from the Outpost, Wood spokesperson Paul Ramey explained, “Errors like this occur when everyone is pushing to meet the legislative deadlines at the end of the year. “In this case there were dozens of drafts of three different bills all working to coordinate with each other and the governor’s office.”

The legislative frenzy at the statehouse soon rolled downhill to local jurisdictions like Humboldt County. As the Outpost reported yesterday, the Humboldt County Planning Commission recently held 10 public meetings over the course of about six weeks, explicitly to work on a local ordinance, and the Board of Supervisors this week took the reins of that process.

Plenty of other local jurisdictions have been scrambling, too, including Mendocino County, San Luis Obispo County and a host of cities across the state.

A major concern in drafting local regulations was the level of state-level environmental review necessary for a new ordinance. Any project that is deemed to have a significant impact on the environment must undergo a lengthy review process under the California Environmental Quality Act, and a March 1 deadline left no room for such a review.

If indeed local jurisdictions have no such deadline, it’s likely to drastically change the timeline, the process and even the result of our local ordinance-drafting process. Ramey, Wood’s spokesperson, said in his email, “The current proposal does not have a new deadline. Cities and counties would be able to set their own regulations indefinitely.”